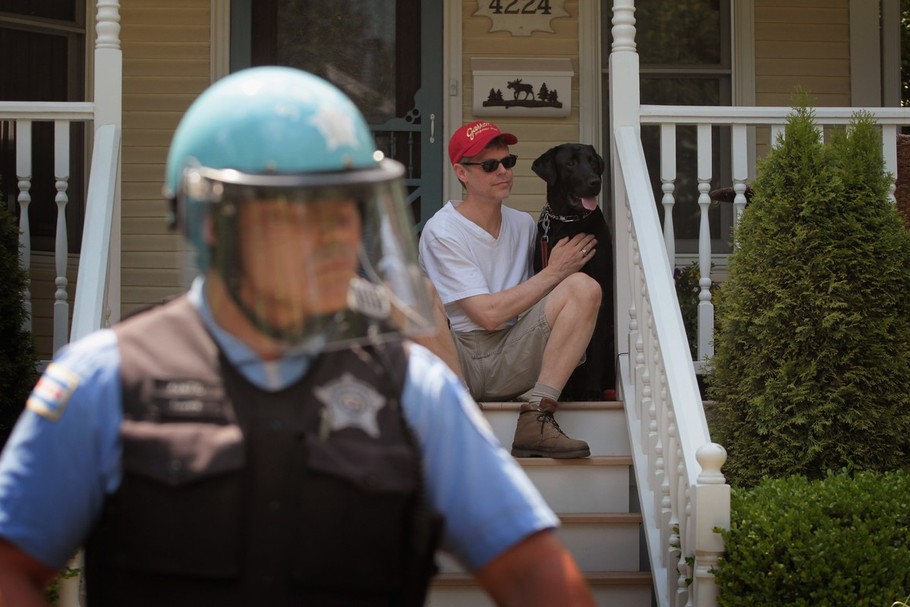 CHICAGO, IL - MAY 19: Scott Schroeder, who lives next door to Mayor Rahm Emanuel, watches with his dog Lincoln, as demonstrators protest in front of the mayor's home on May 19, 2012 in Chicago, Illinois. Several hundred demonstrators marched to the mayor's home today protesting his closing of several mental health clinics. This was the sixth day of protests in front of the NATO Summit which runs May 20-21. (Photo by Scott Olson/Getty Images) 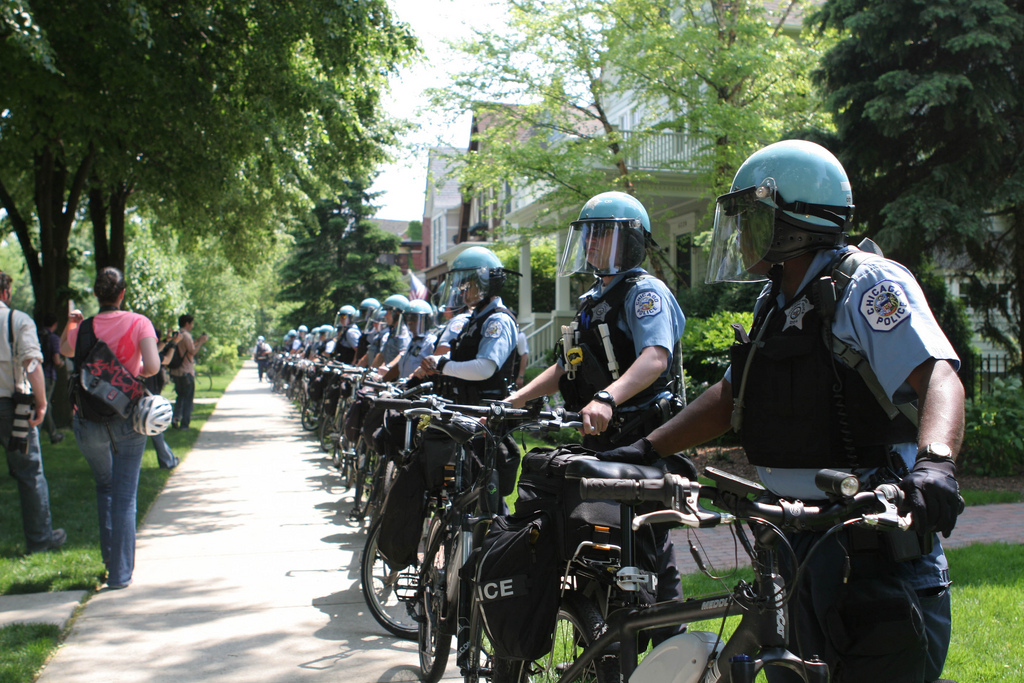 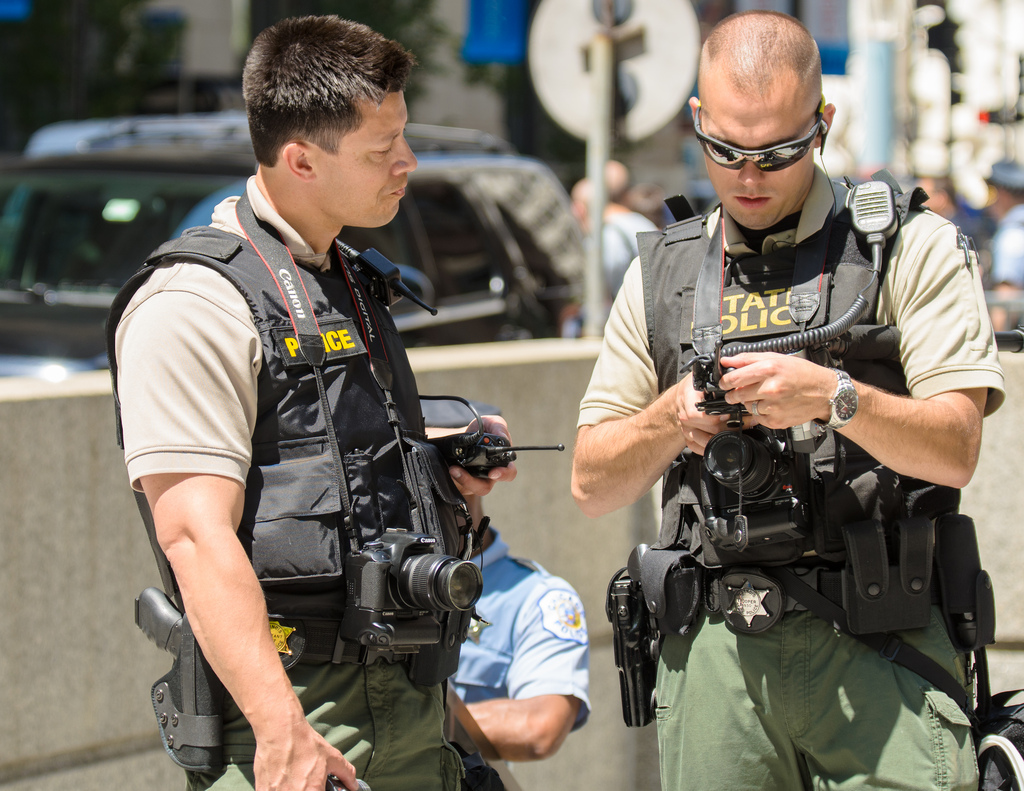 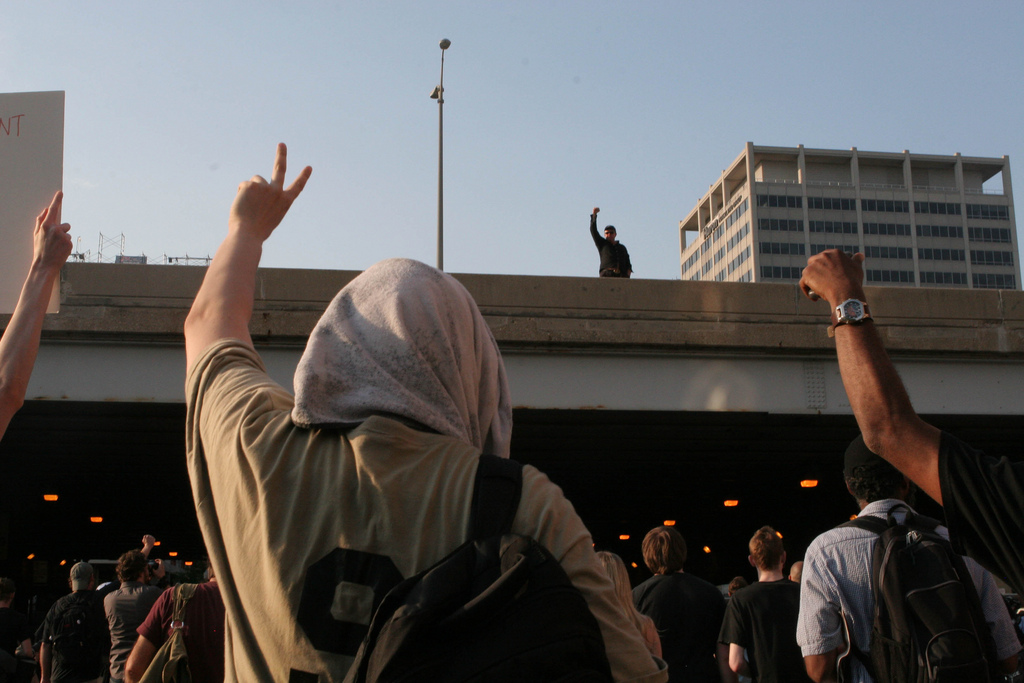 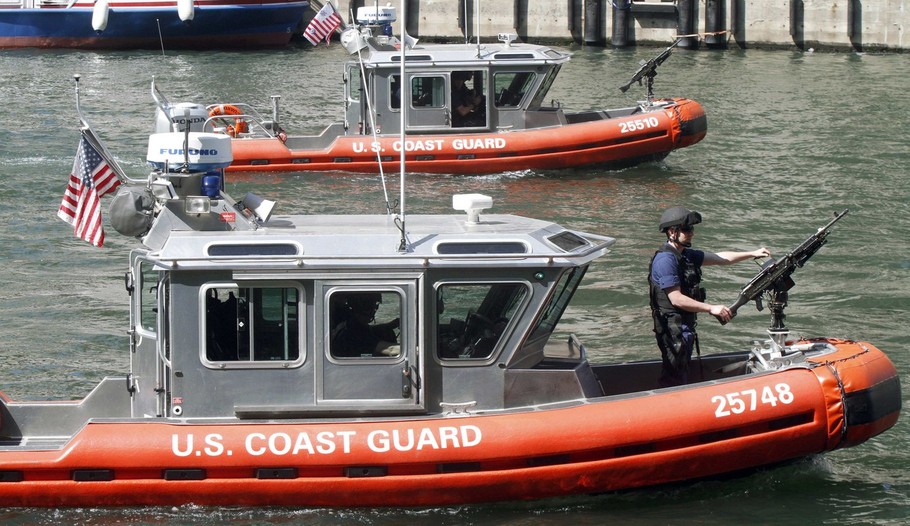 U.S. Coast Guard boats patrol the Chicago river in the days leading up to the NATO Summit in Chicago May 18, 2012. The Summit will run from May 20 to 21. REUTERS/Frank Polich 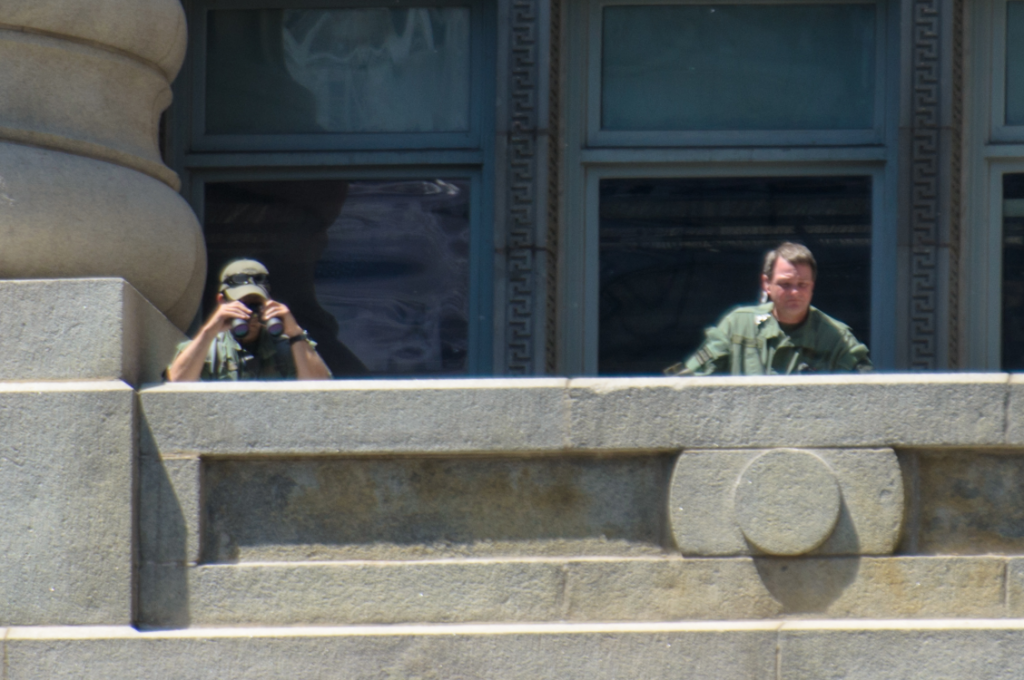 Closeup of a photo by niXerKG. 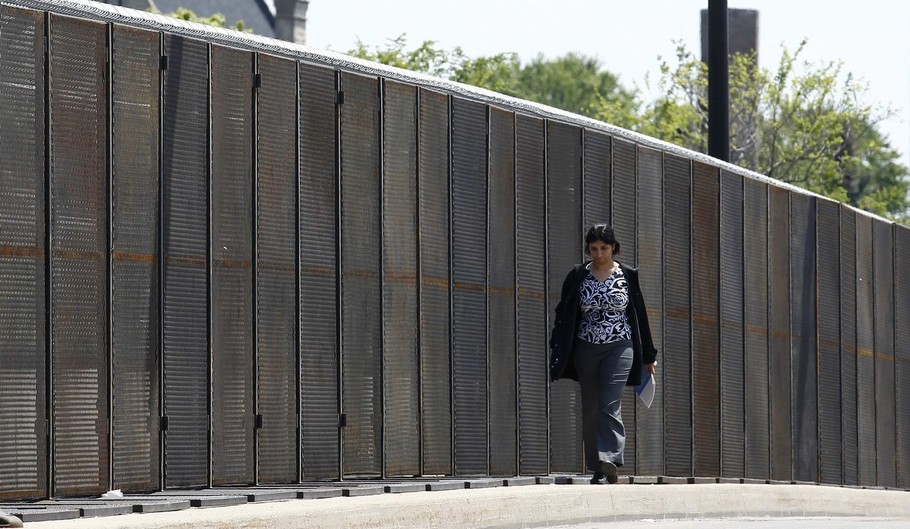 A woman walks past a security fence set up around the perimeter of McCormick Place which will host the NATO meeting in Chicago May 17, 2012. Leaders from members of the NATO alliance are expected to discuss the worsening situation in Afghanistan, and protest organizers said they hope thousands of people will turn out to demonstrate against the war and other issues such as income inequality. REUTERS/Jim Young 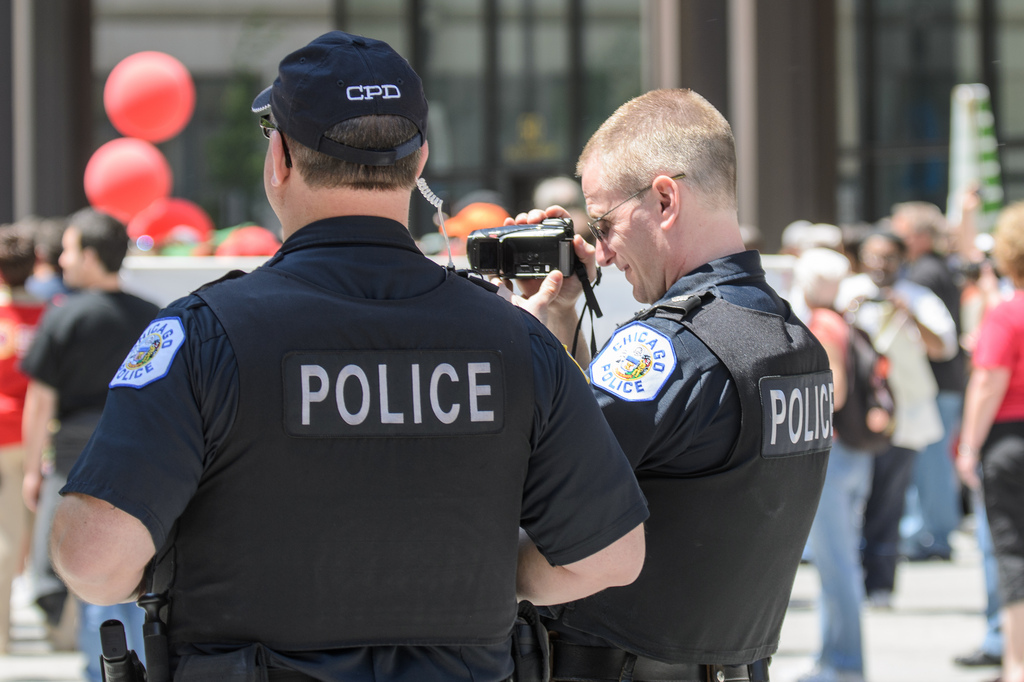 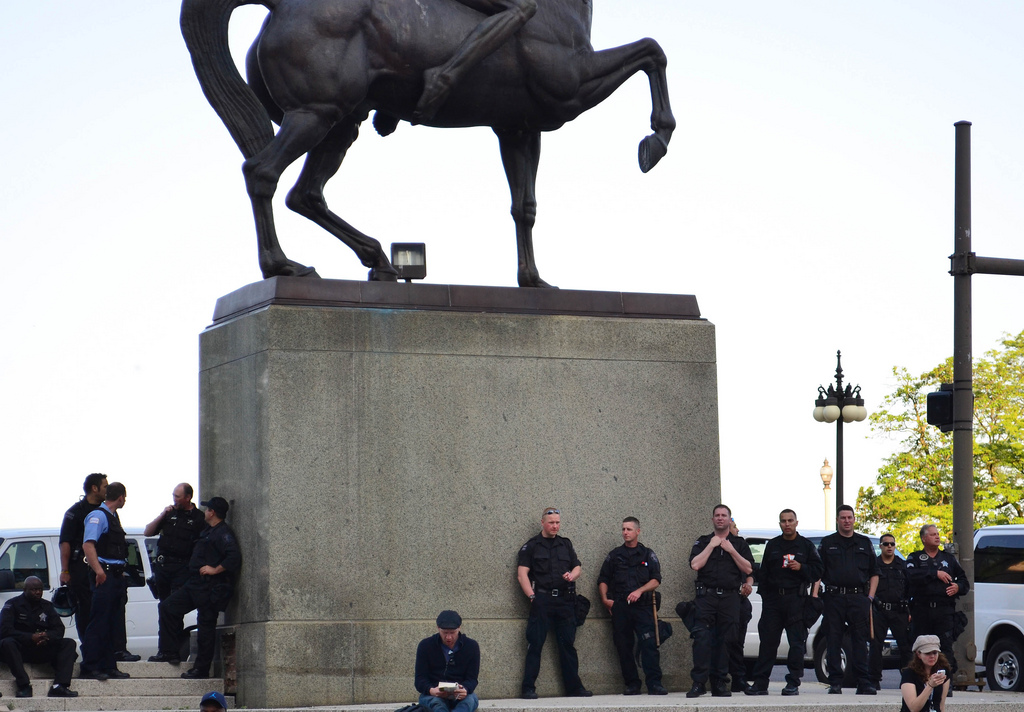 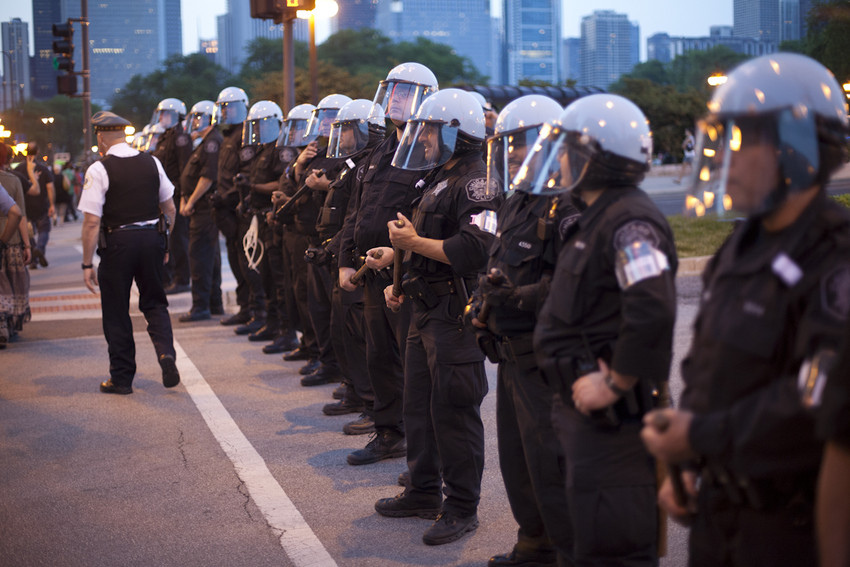 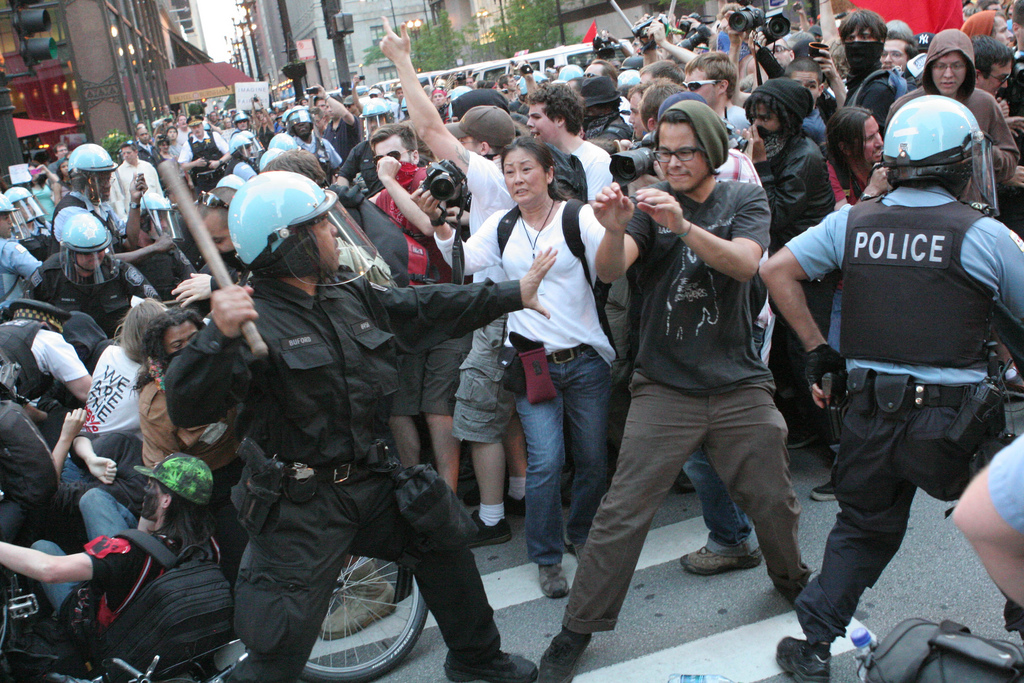 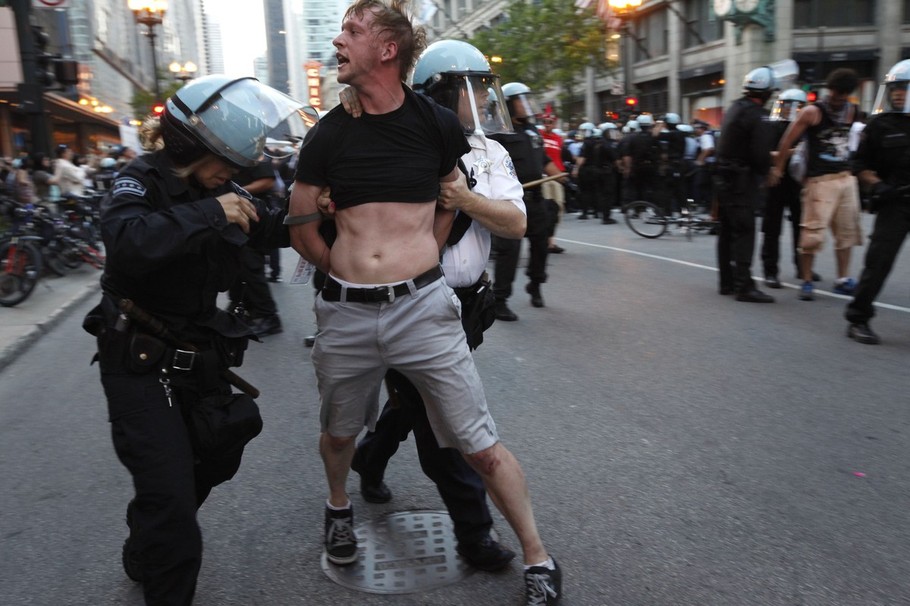 Police arrest a protestor during an anti-NATO demonstration in downtown Chicago May 19, 2012. A two-day NATO summit which starts May 20 will draw representatives from some 50 countries, including leaders of the 28 members of the military alliance. REUTERS/Adrees Latif 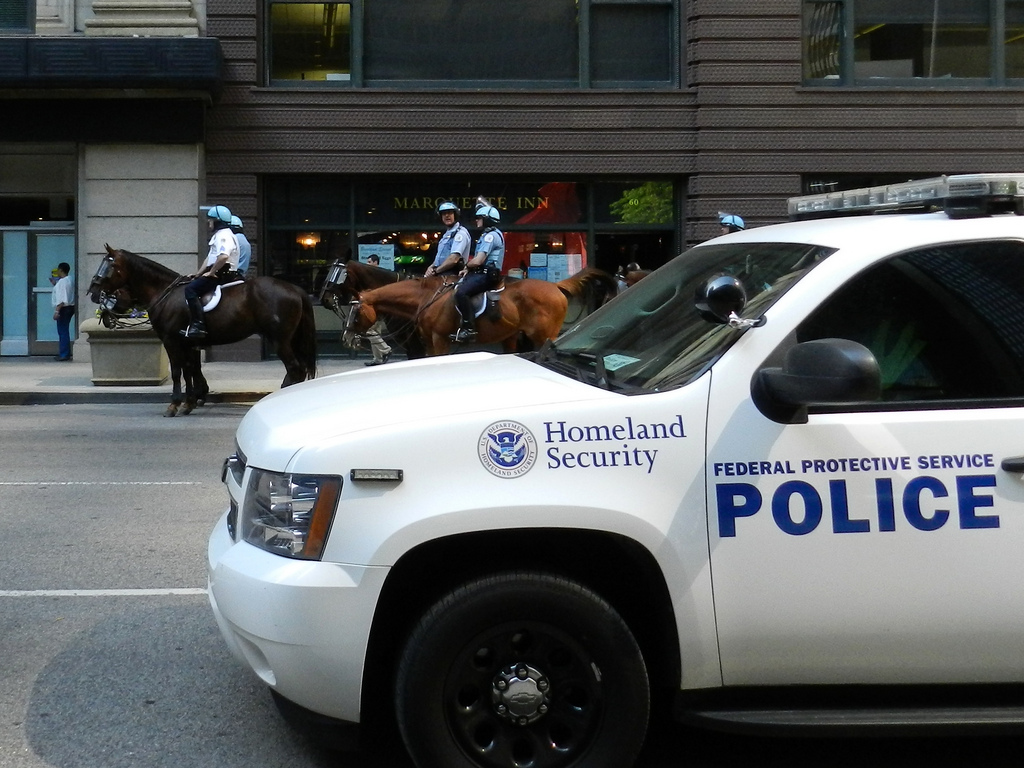 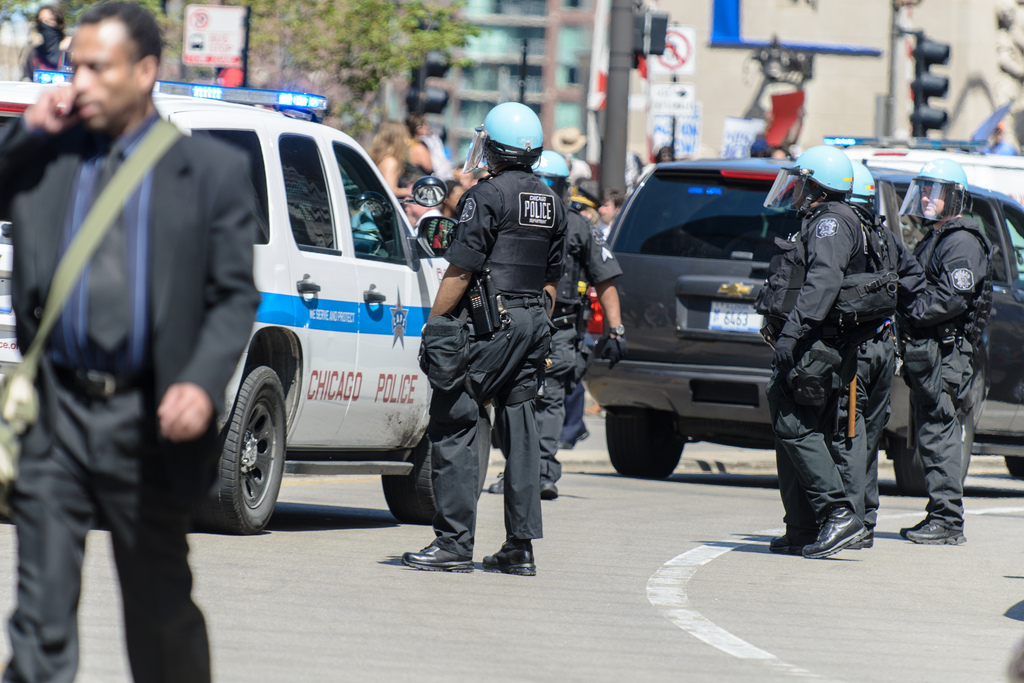 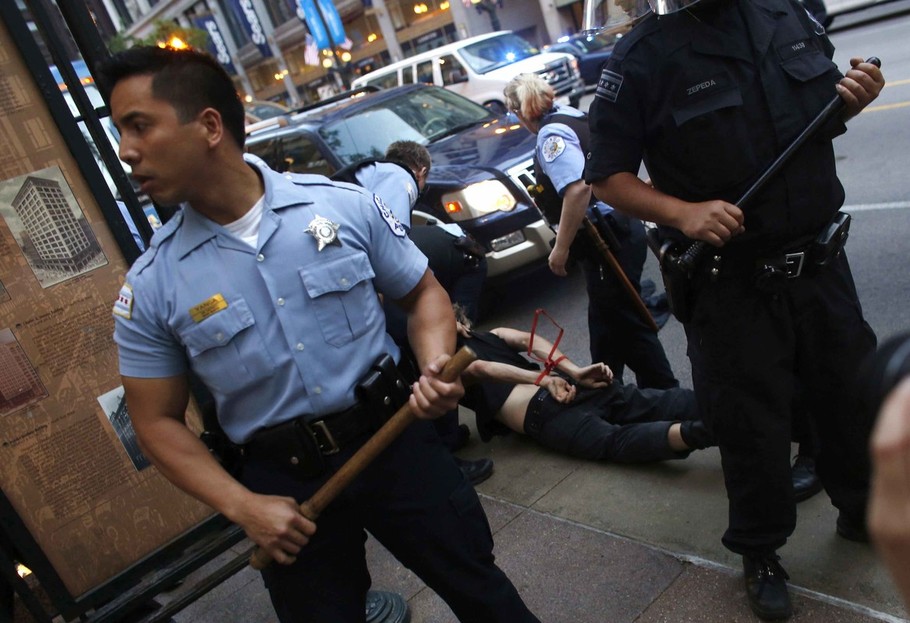 Policemen clash with protesters in the streets during an anti-NATO protest march in Chicago May 19, 2012. Hundreds of demonstrators protested peacefully on Saturday on the eve of the NATO summit in Chicago, gathering outside Mayor Rahm Emanuel's home to criticize cuts in mental health services before moving downtown under the close eye of police. REUTERS/ Darren Hauck 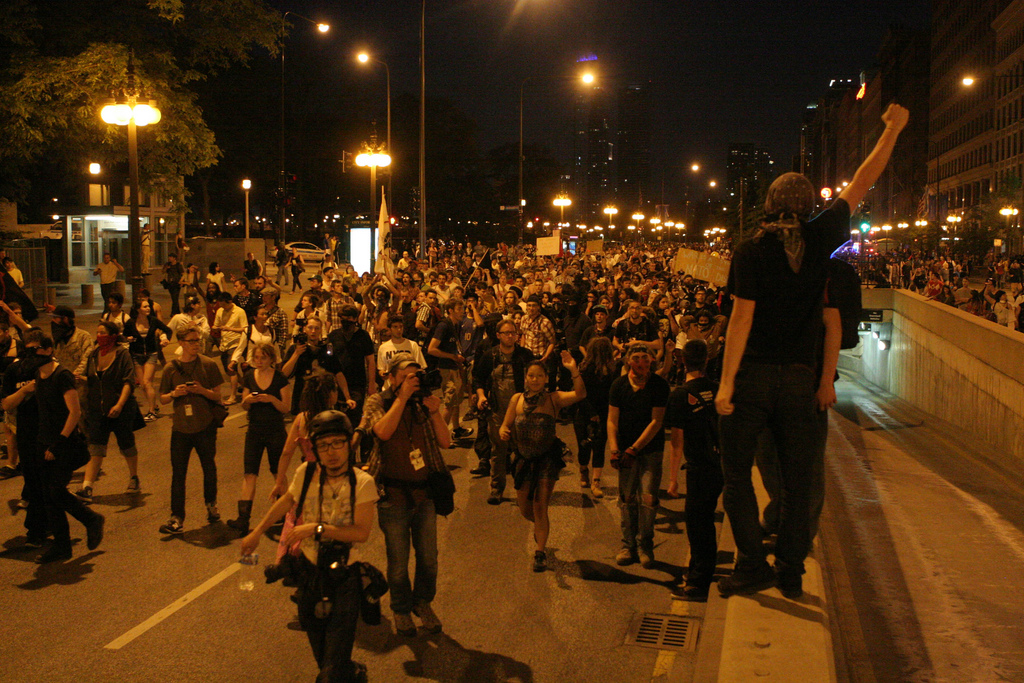 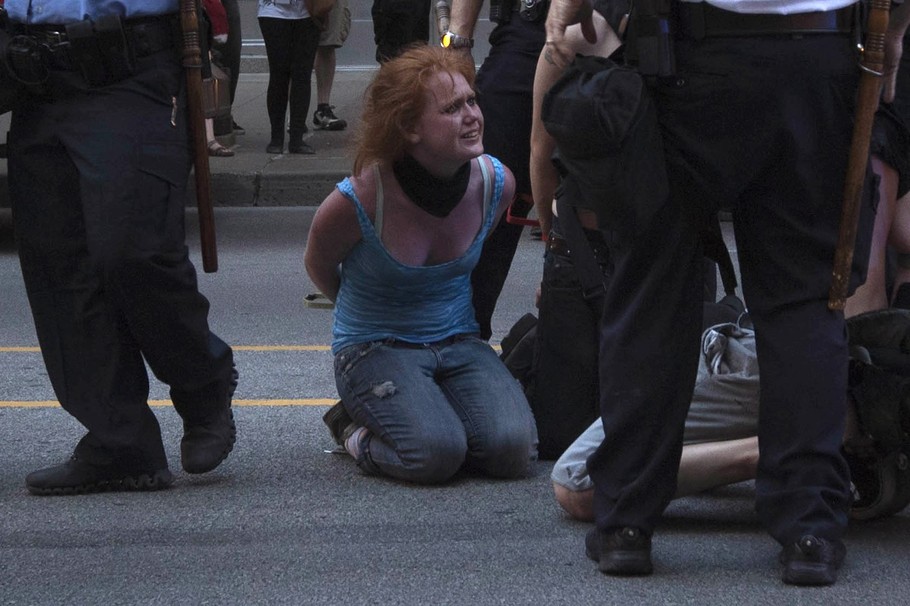 A woman is detained during a street demonstration ahead of the NATO Summit in Chicago May 19, 2012. Chicago police trying to keep the peace during the NATO summit may face their biggest test on Sunday when thousands of demonstrators were expected to march near the site where leaders of the military alliance begin a two-day meeting. REUTERS/Adrees Latif