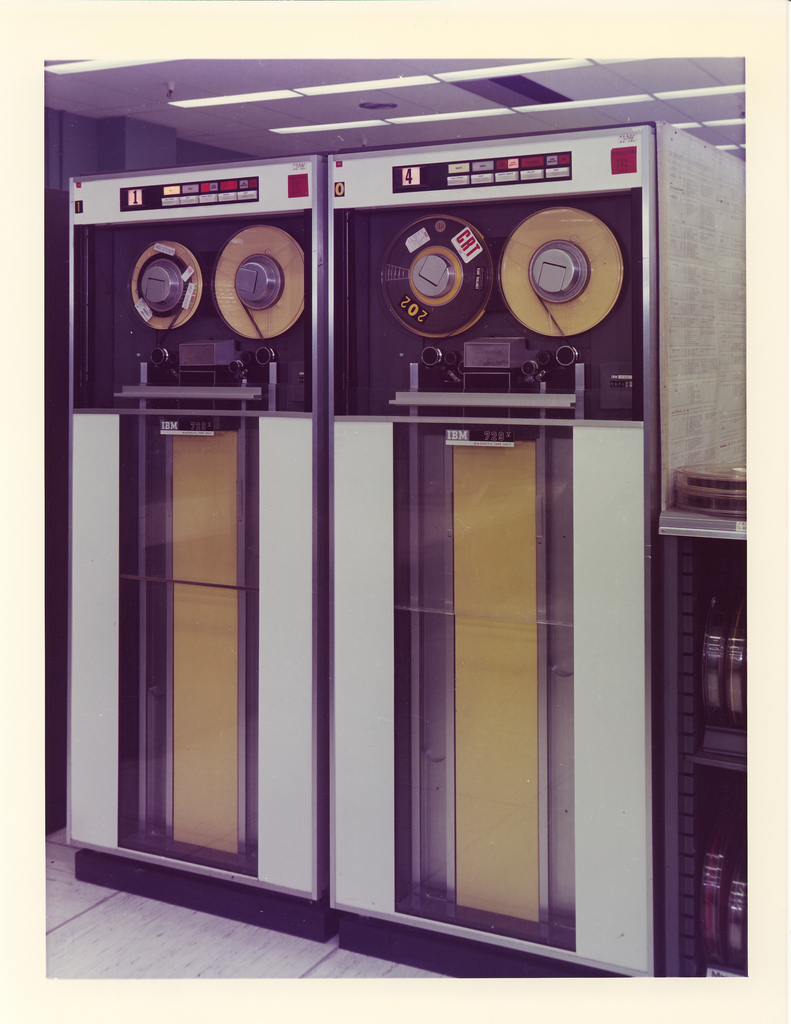 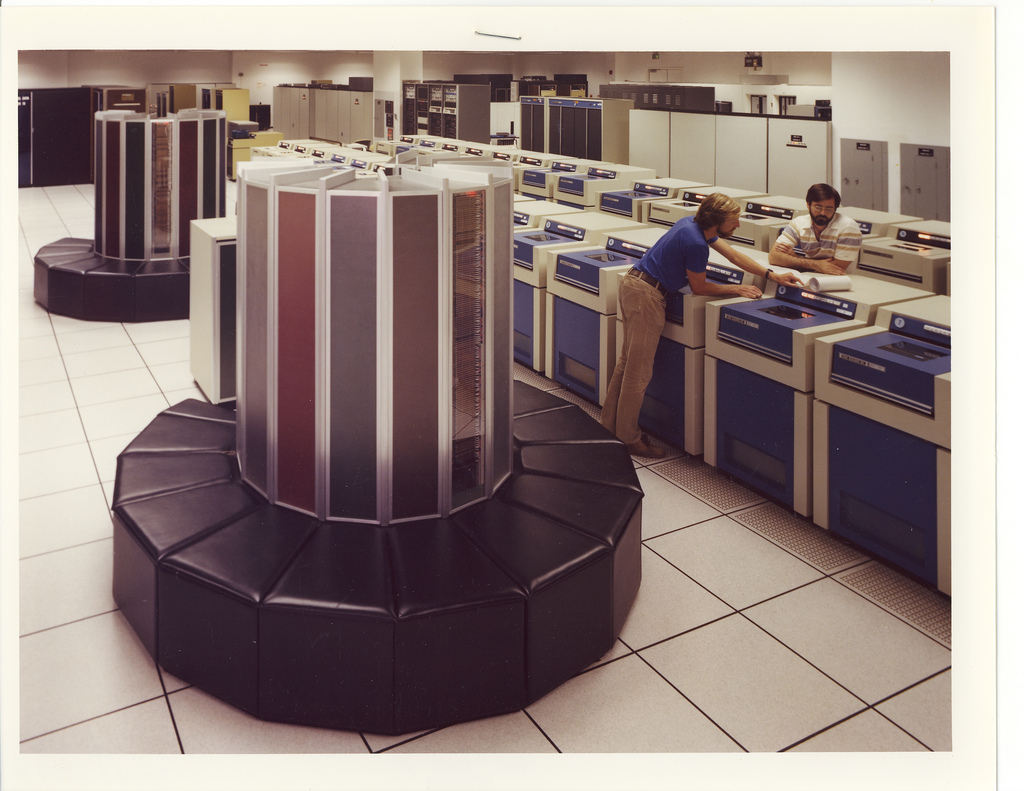 The National Magnetic Fusion Energy Computer Center was formed in 1974 under the name Controlled Thermonuclear Research Center to meet the significant computational demands national magnetic fusion research being done at Lawrence Livermore National Laboratory. In 1983 the center’s role was expanded to include the full range of national energy research programs. The name later changed to the National Energy Research Supercomputer Center (NERSC) and moved to Berkeley. The center first ran on CDC-7600 machines. In 1978, the Center acquired one of the first Cray I’s, followed by a series of ever more powerful Crays. 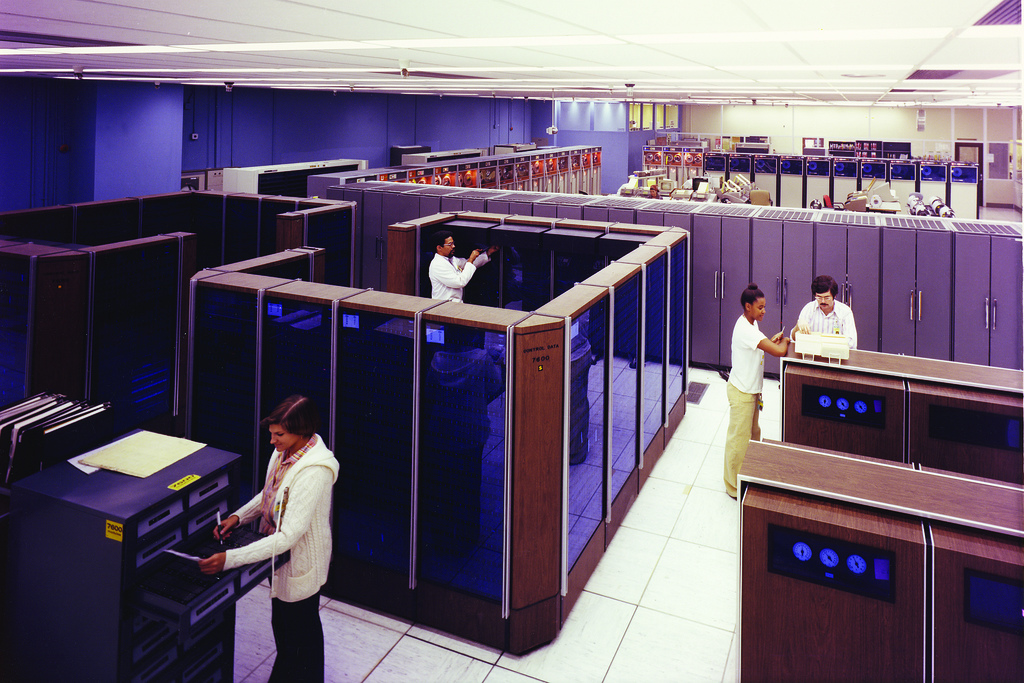 By the mid-1970s,Lawrence Livermore National Laboratory’s time-sharing system, Octopus, was the world’s most powerful research computer facility. It included four CDC 7600s (each with the power of 5,000 UNIVACs, about 10 million operations per second) and two CDC STARs. The computers were time-shared by users at more than 1,000 remote workstations around the Laboratory, many connected to television monitor display systems. 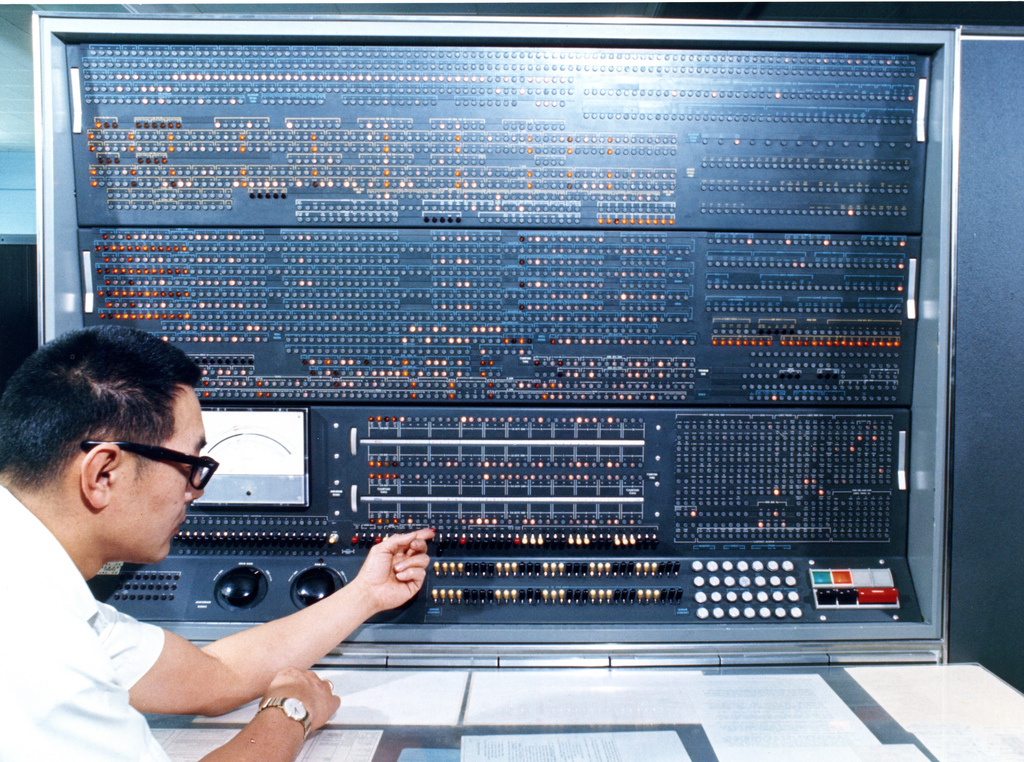 The console of the Lab’s IBM 7030 (STRETCH), which was delivered to Lawrence Livermore National Laboratory in March 1961. The 7030 was IBM's response to the LARC (Livermore Advanced Research Computer) built by Remington Rand. It provided the largest memory for any machine then in use at the Laboratory. It used 72 bit words of which the last 8 bits were for Error Correction and Control. 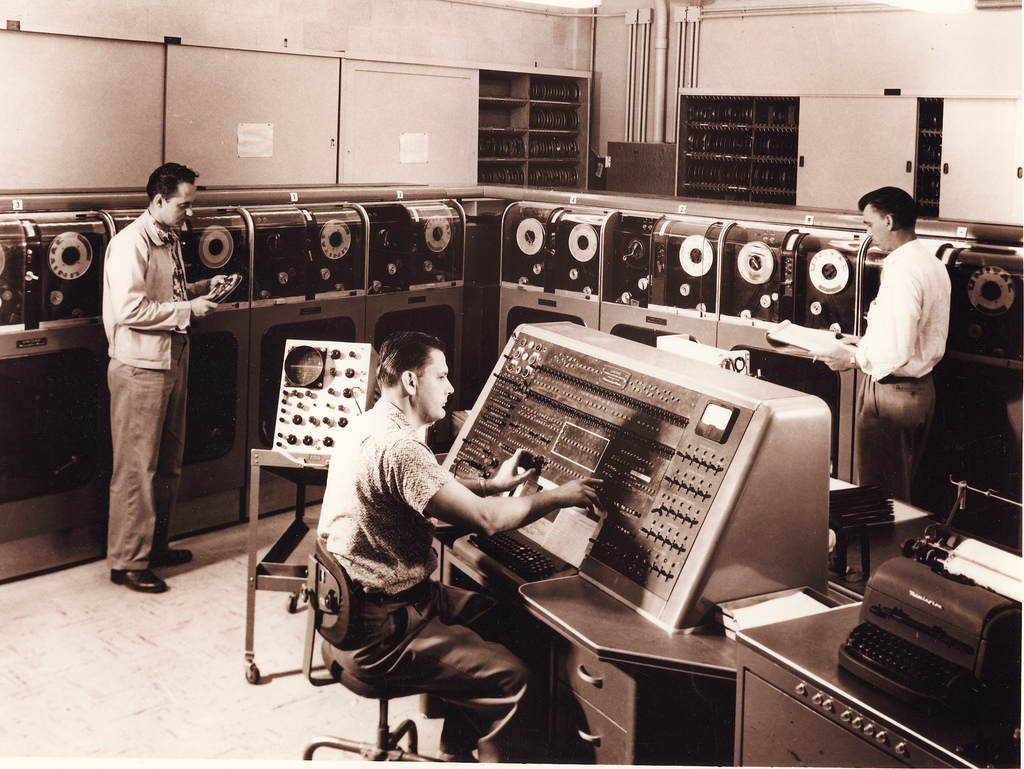 The UNIVAC at Lawrence Livermore National Laboratory had a large console with a series of switches that could be set to address each of the machine's 1,000 words of memory. Once set, the contents of that memory location would be displayed on the console's oscilloscope. An electric typewriter could be used to direct the machine and was useful for debugging. The largest data system was a set of ten tape units, designed to read and write backwards and forwards. These served as an expanded main memory, allowing larger data volumes and even larger programs than would fit in the small amount of main memory. 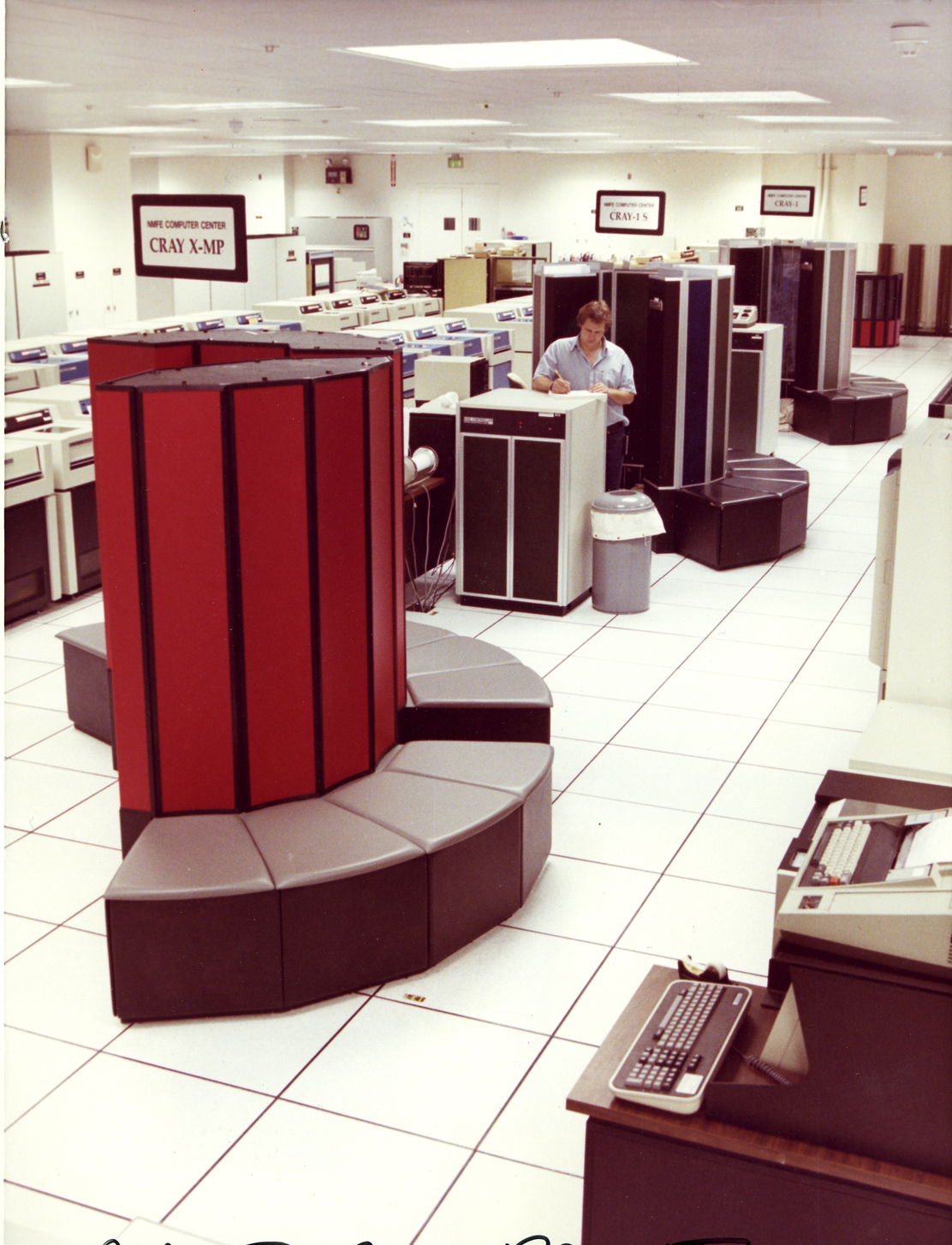 The National Magnetic Fusion Energy Computer Center's computer room atLawrence Livermore National Laboratory shows a line of Cray machines, the X-MP in front and Cray 1’s in back. The first X-MPs arrived at the Lab in 1984. 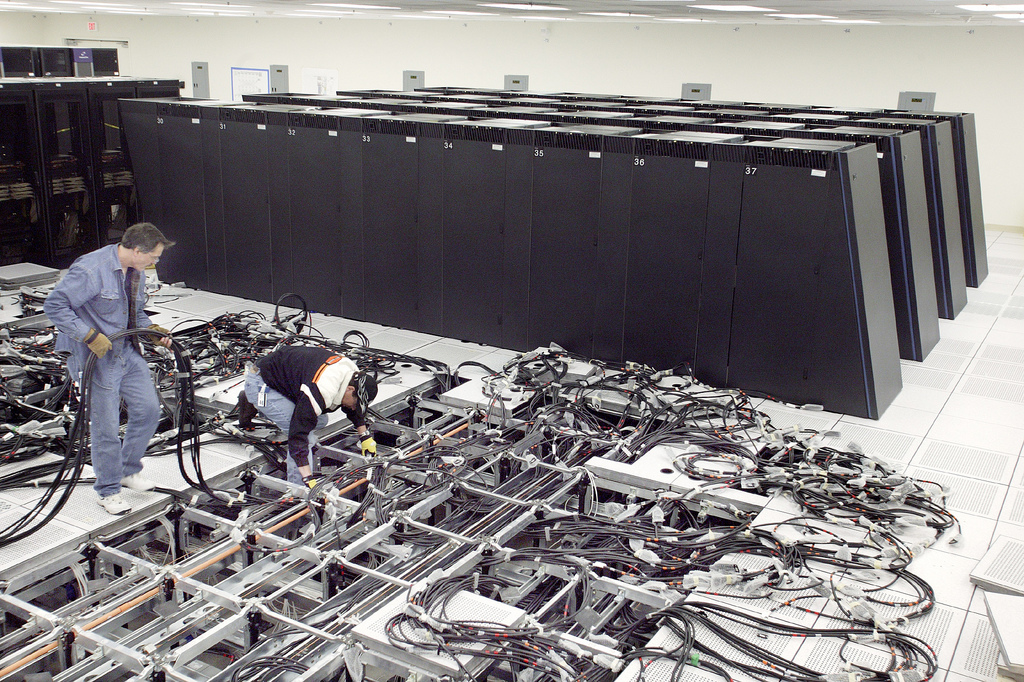 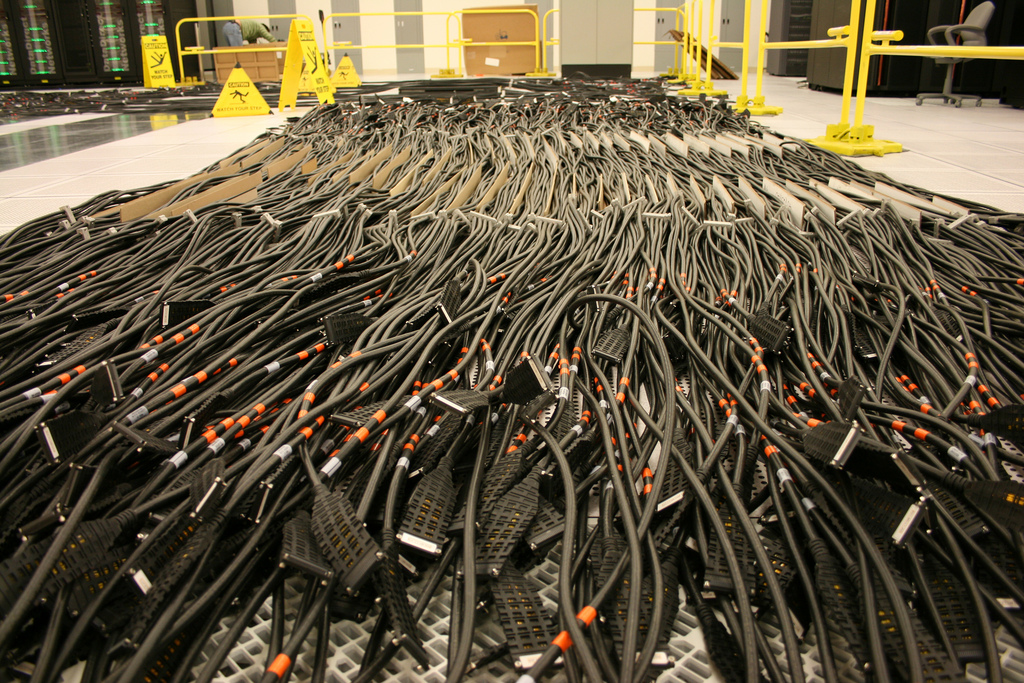 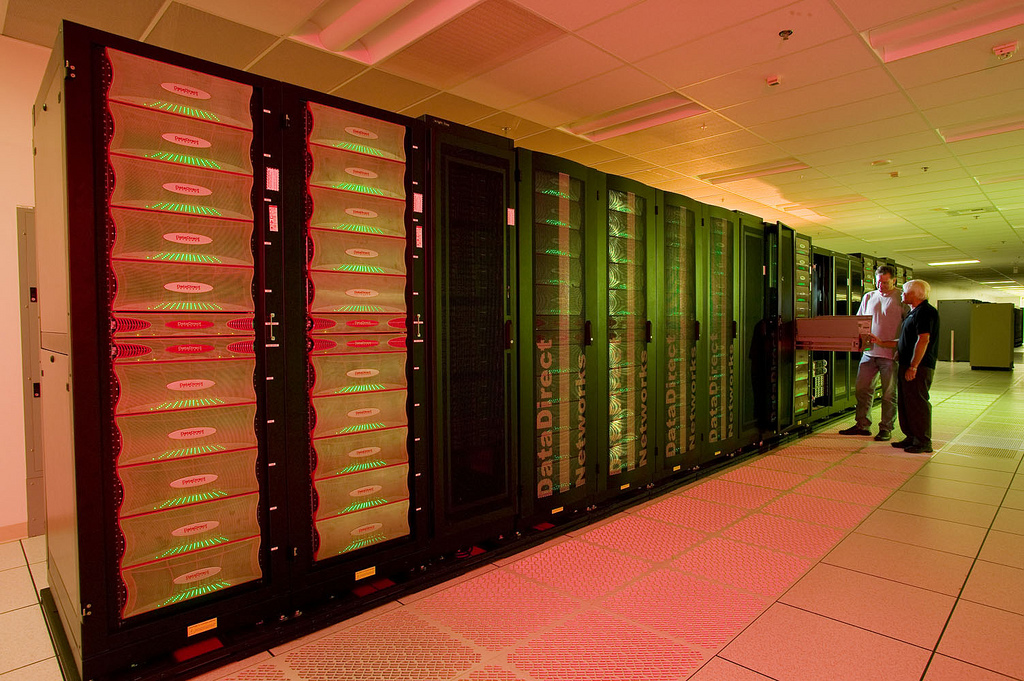 Lance Weems and Keith Fitzgerald tend to Dusk, the global parallel file system for Dawn, a 500-teraflop (trillion floating operations per second) supercomputer at Lawrence Livermore National Laboratory. Many of the Lab's supercomputers are used to simulate the conditions inside a nuclear weapon. The computers also are used for earthquake simulations and climate change models. 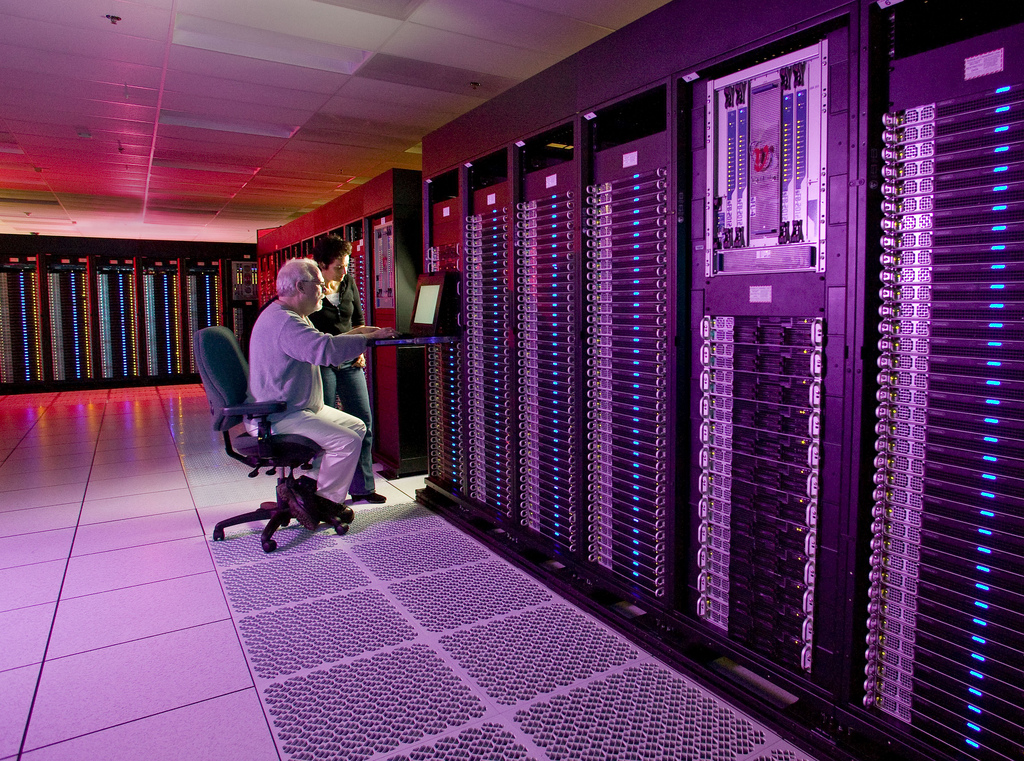 Debbie San Maria and Mike Haskell tend to the Tri-Lab Linux Capacity Clusters (TLCC) Juno and Minos supplied by Appro, and located in the Terascale Simulation Facility at Lawrence Livermore National Laboratory . The clusters are used by all three national defense laboratories -- Los Alamos, Sandia and Livermore. The new computers provide much needed "capacity" computing, running larger numbers of smaller jobs simultaneously on a single high-performance machine. Juno and Minos are some of the first Linux clusters.