The following photos were produced by NASA via the Atmospheric Imaging Assembly (AIA) on NASA’s Solar Dynamics Observatory (SDO).  The first few photos depict solar flares occurring over the last several days, which have reportedly created the strongest solar storms in the last five years.  Photos of solar flares dating back to August 2010 are also included. 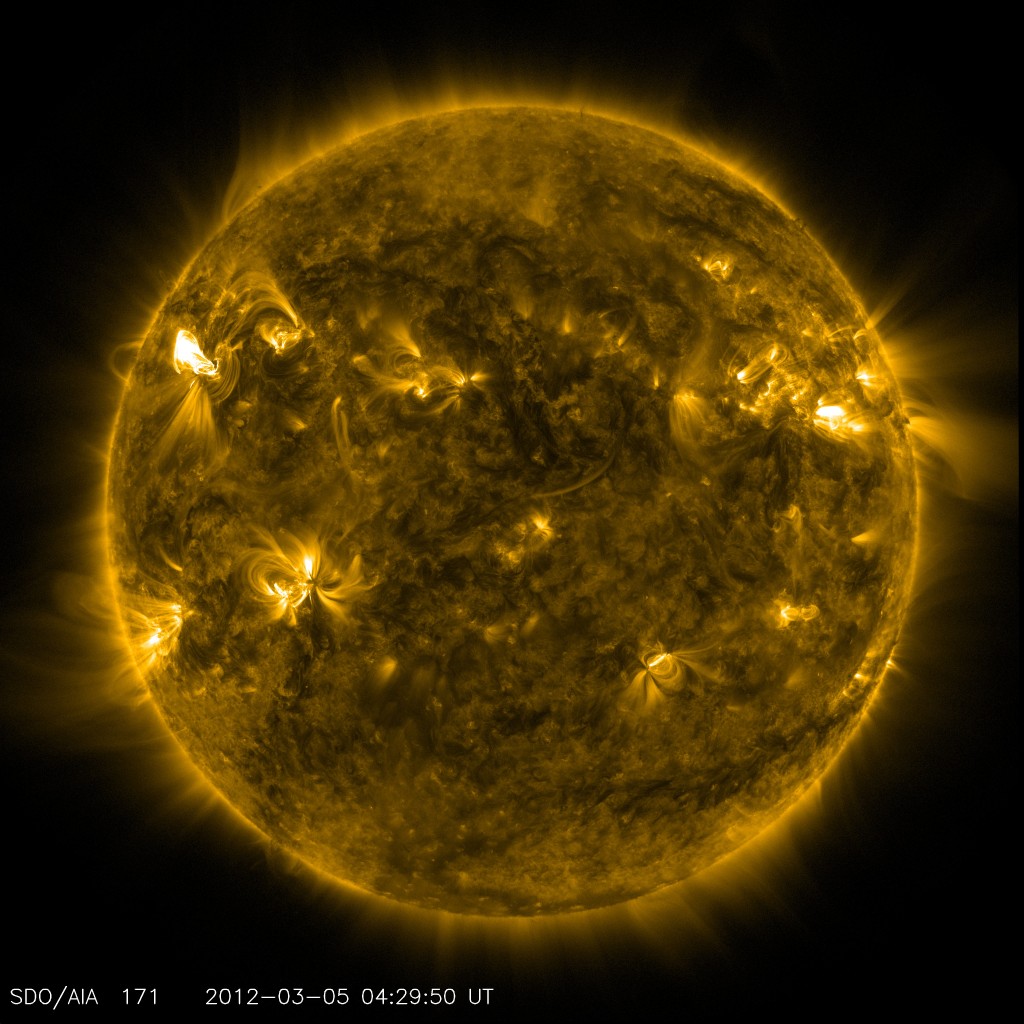 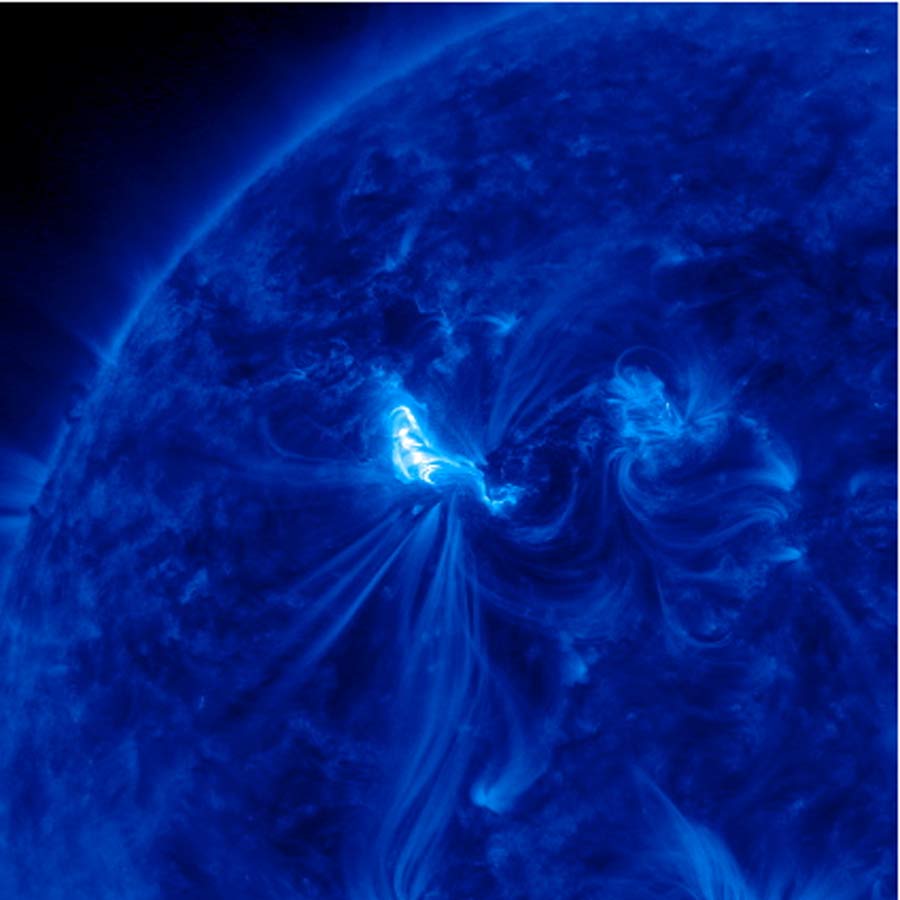 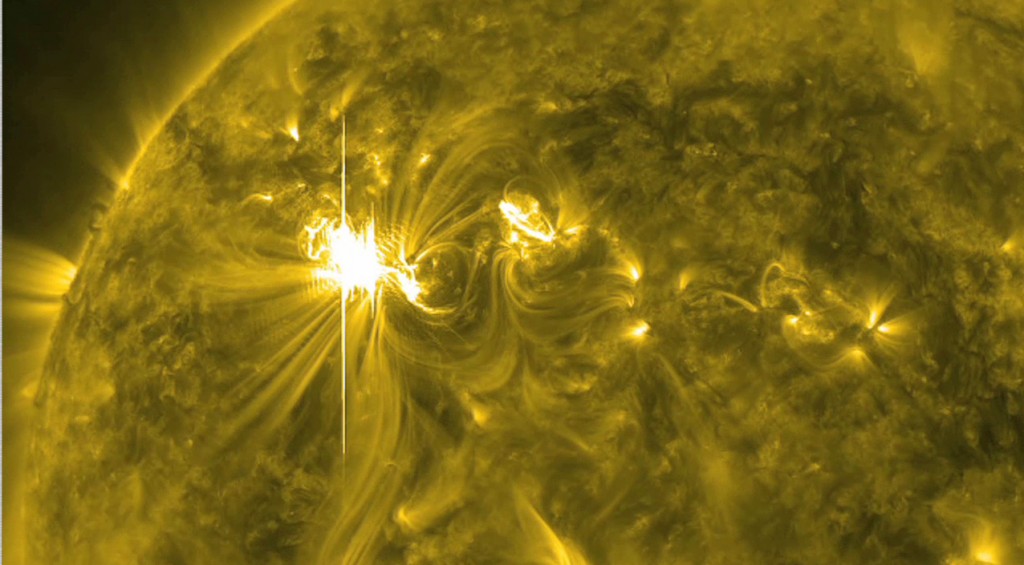 Photo of the March 6, 2012 X5.4 flare that was captured by the Solar Dynamics Observatory (SDO) in the 171 Angstrom wavelength. 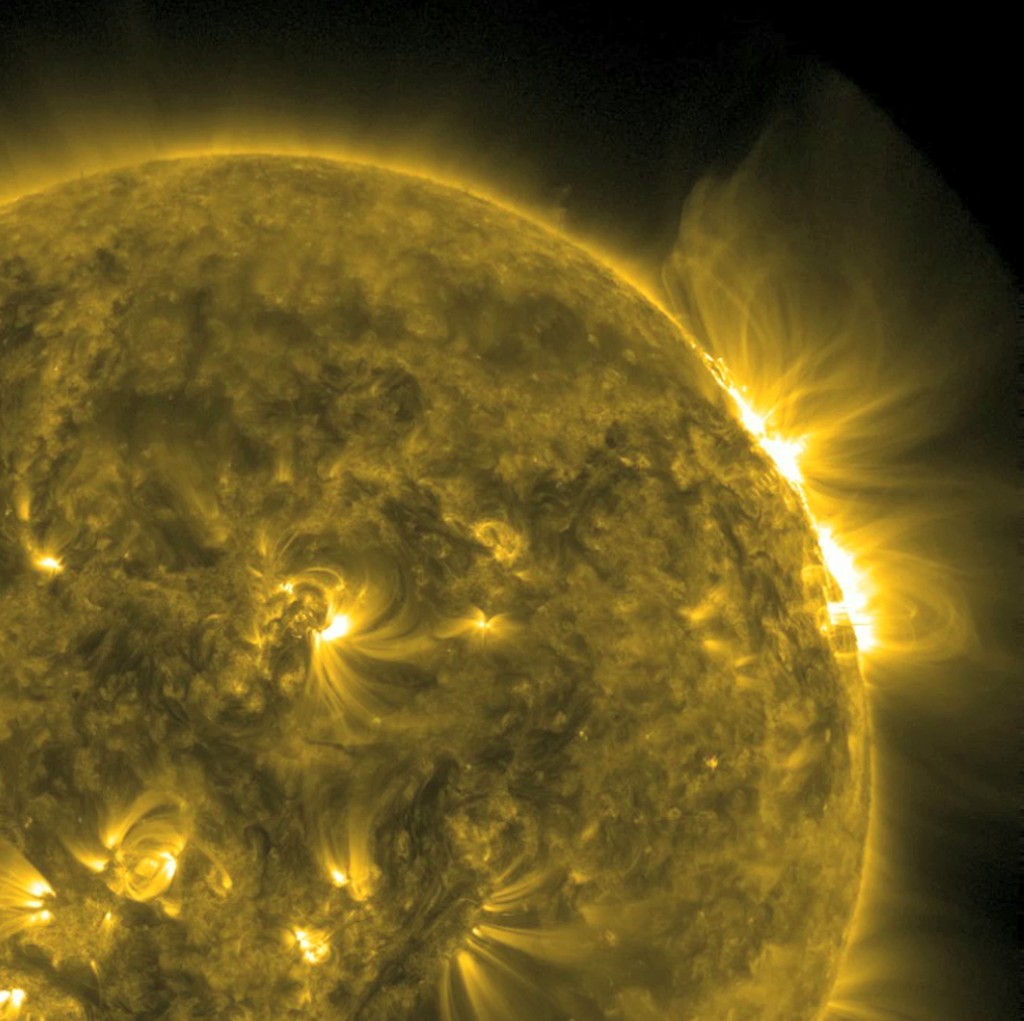 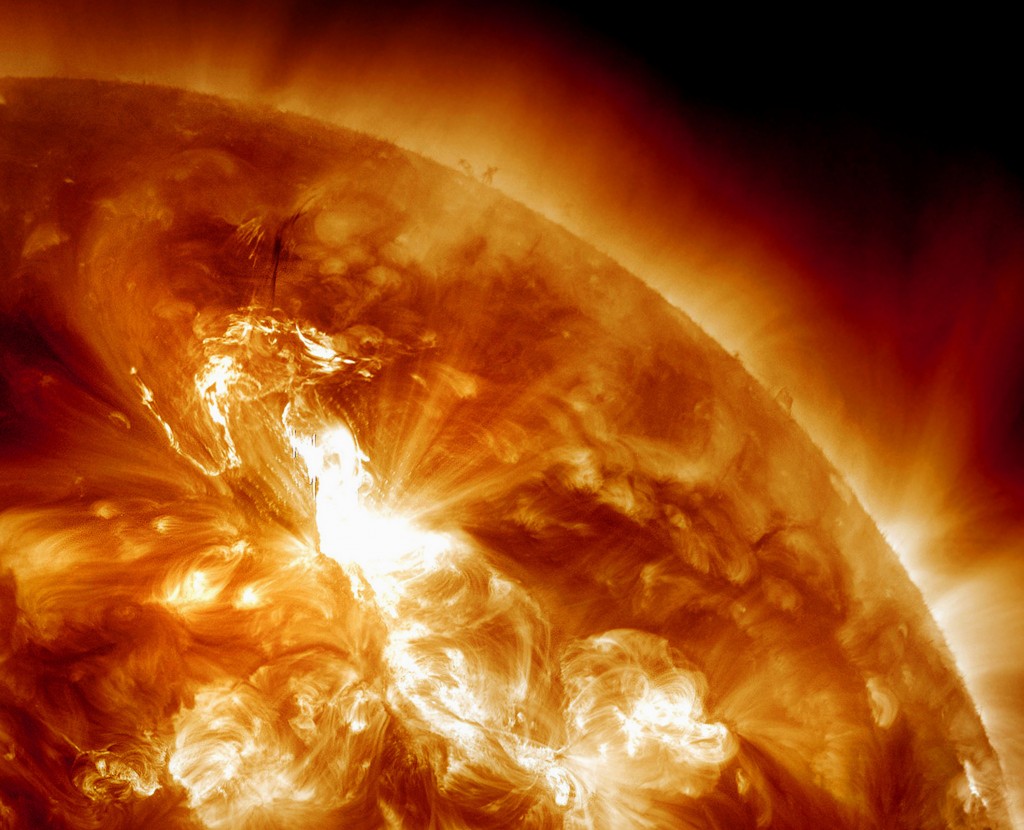 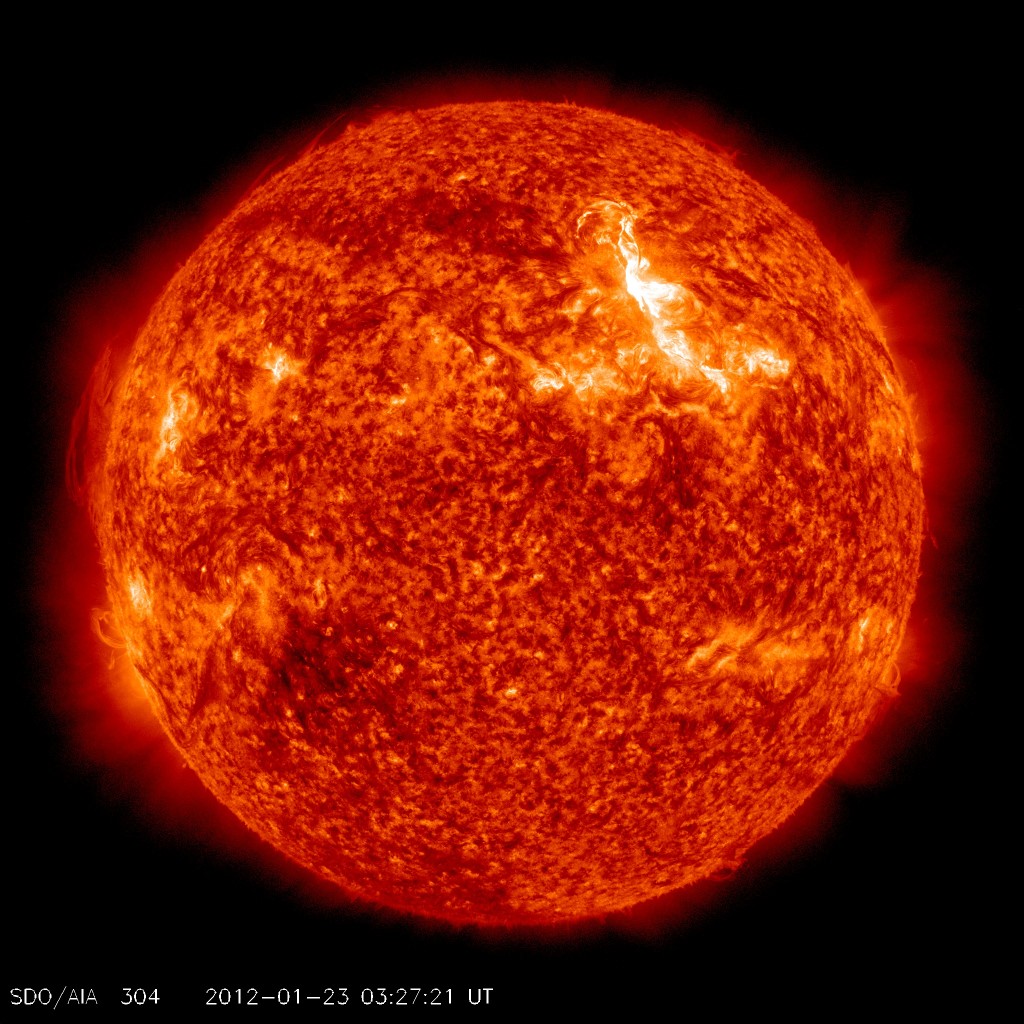 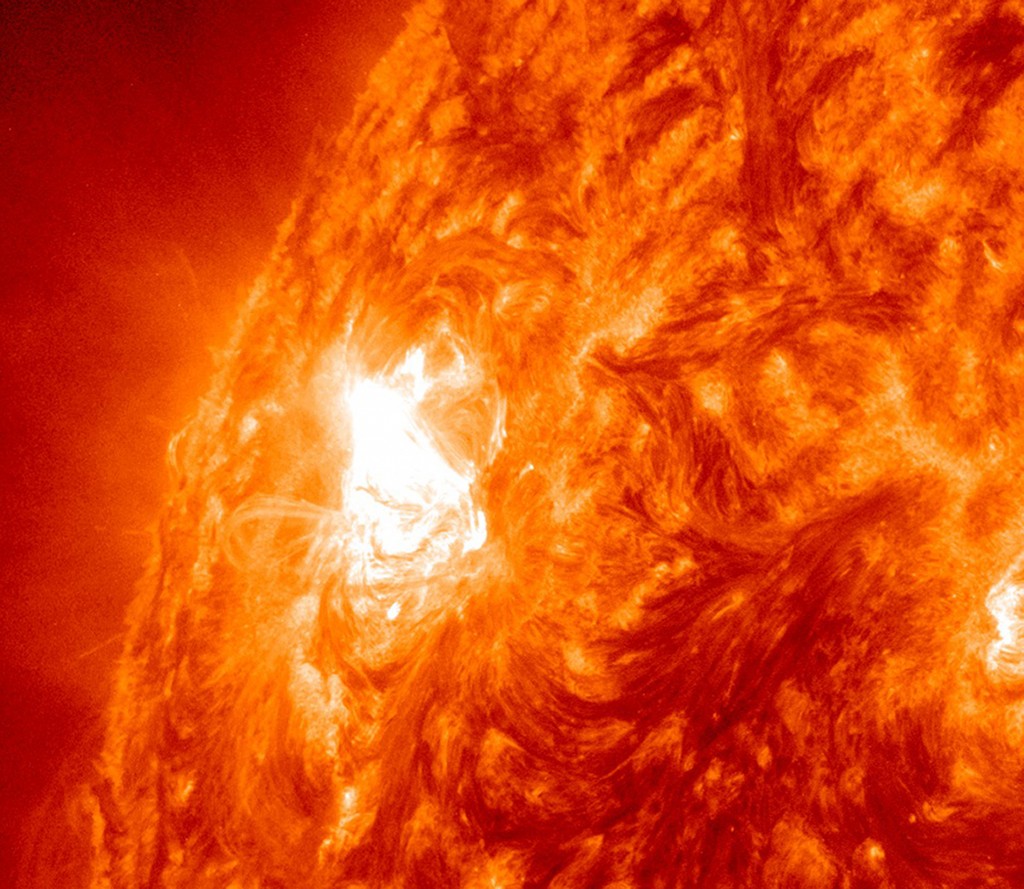 This image provided by NASA shows giant sun spot activity Nov. 3, 2011, from a region on the sun that scientists are calling a "benevolent monster." 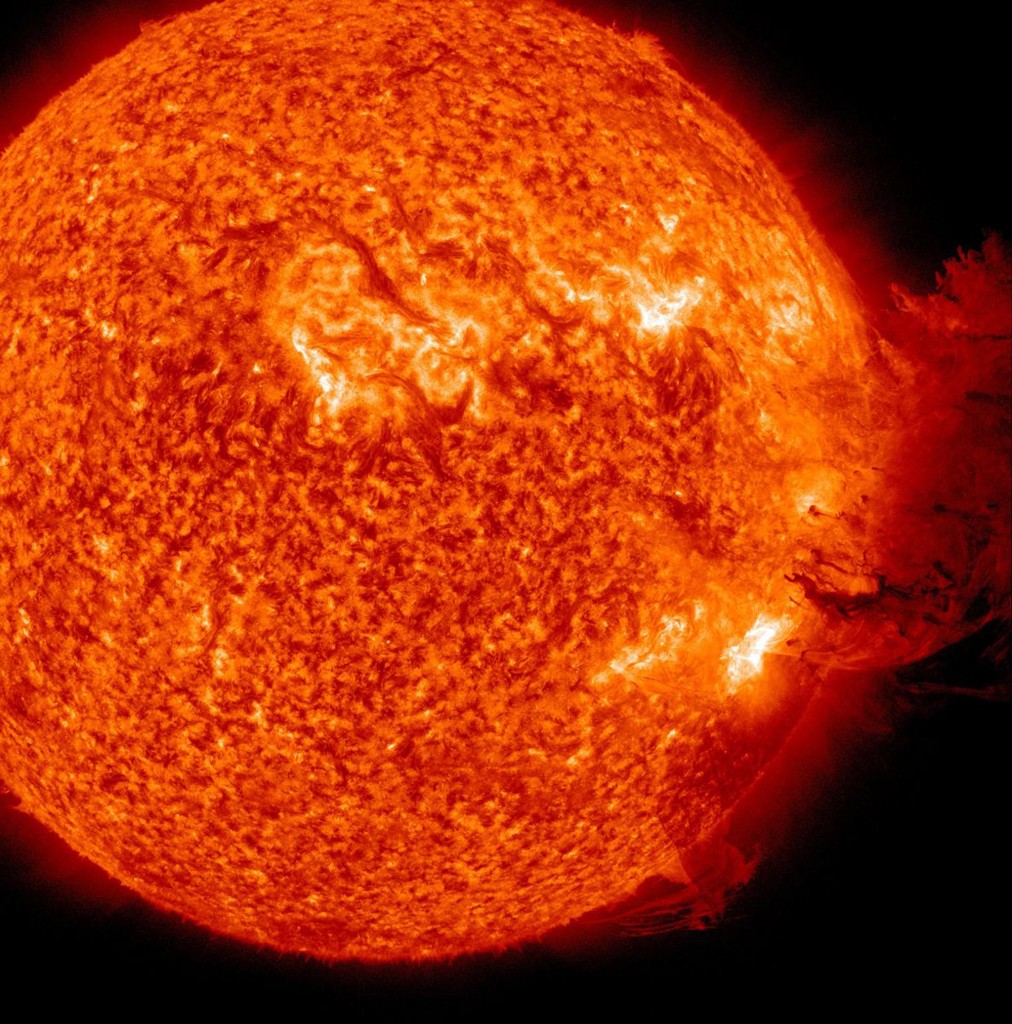 The Sun unleashed an M-2 (medium-sized) solar flare, an S1-class (minor) radiation storm and a spectacular coronal mass ejection (CME) on June 7, 2011 from sunspot complex 1226-1227. The large cloud of particles mushroomed up and fell back down looking as if it covered an area of almost half the solar surface. 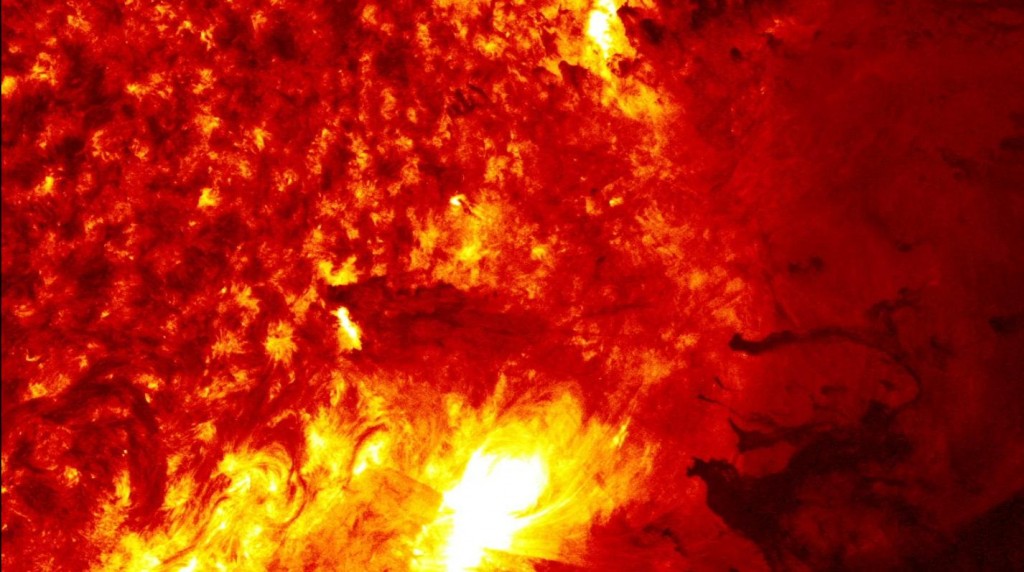 This screen capture from the close-up view of the June 7, 2011 solar event shows the sunspot complex originating the flare and the coronal mass ejection plasma cloud falling back towards the sun, described as "Dark Fireworks". 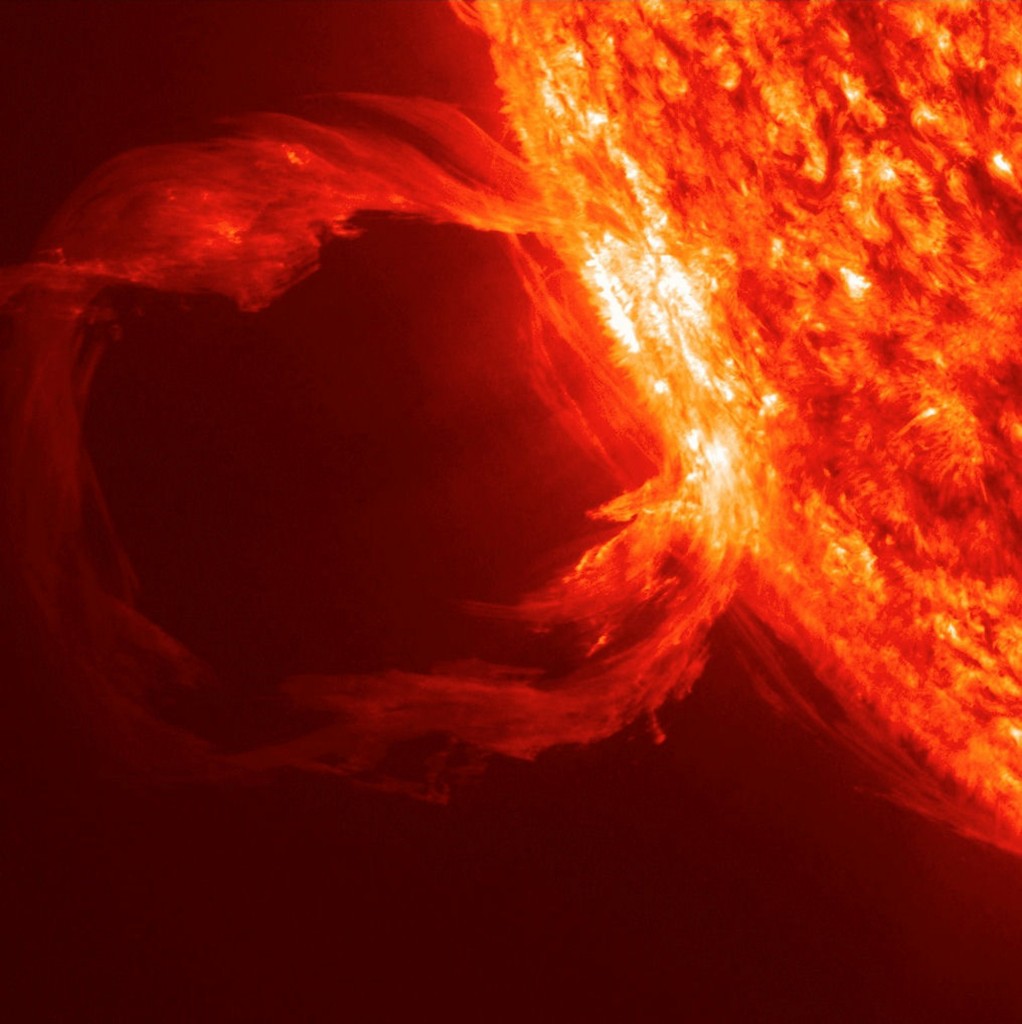 This image provided by NASA shows an eruptive prominence blasting away from the sun March 30, 2010 observed by the Solar Dynamics Observatory satellite.