The following photo of a 37-year-old schizophrenic homeless man named Kelly Thomas was taken in the hospital by his father Ron Thomas, a former Orange County Sheriff’s Deputy.  Thomas was fatally beaten by Fullerton Police officers on July 5, 2011 following attempts to search his backpack due to reports of someone “looking into cars” in the area.  Multiple videos of the beating exist, including surveillance footage that has yet to be released by the Orange County District Attorney, and a large number of witnesses have come forward confirming the extremely excessive use of force by the six officers that were responding to the scene.  One officer in particular was reportedly responsible for beating Thomas repeatedly in the back of the head with a Taser until Thomas began to bleed profusely.  The same officer also repeatedly performed a “knee-drop”, hitting his knee against the back of Thomas’ head and neck leading to fractures in his face and the crushing of his windpipe.    The beating is being investigated by the FBI.  For more information see the website of  “Friends for Fullerton’s Future” for their continued reporting on the subject.

Update: The central officer involved in the beating has been identified by Orange County District Attorney as Manuel Ramos. 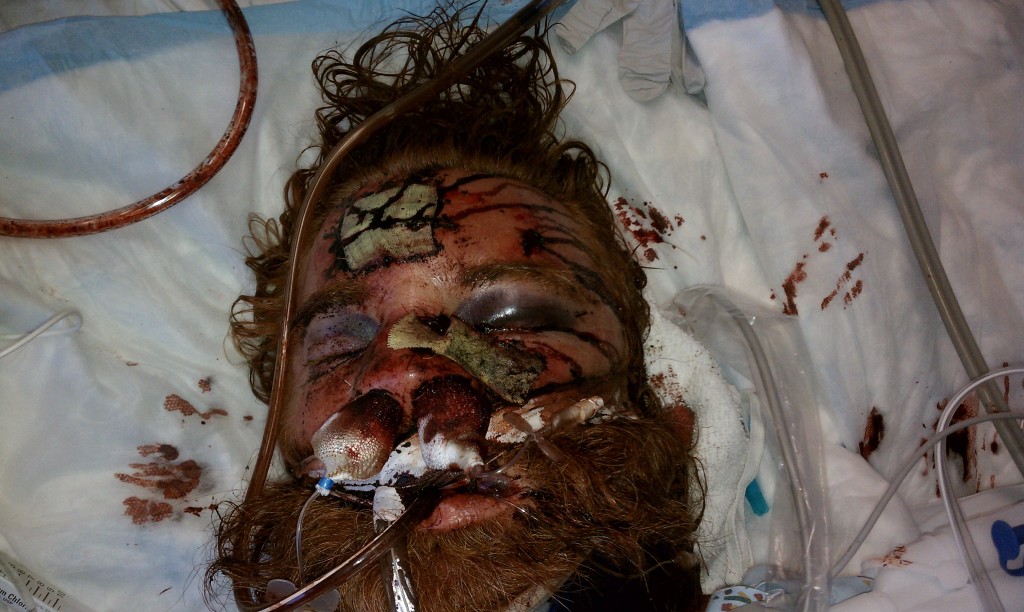