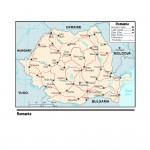 This handbook provides basic reference information on Romania, including its geography, history, government, military forces, and communications and transportation networks. This information is intended to familiarize military personnel with local customs and area knowledge to assist them during their assignment to Romania. 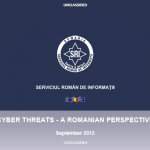 A presentation given at a Hungarian cybersecurity conference in September 2013 by members of Romania’s domestic intelligence service Serviciul Român de Informaţii covering cyber crime and other issues.

Internet penetration and usage in Romania is still relatively underdeveloped in comparison to the rest of Europe, with availability and usage limited mainly to Bucharest, the capital city. As a result, social media usage is also generally focused around Bucharest. As well as geographical limits for Internet activity, social demographics play a large part in determining Internet usage; with professionally-employed, university educated citizens representing by far the largest community active online. Amongst Internet users, social media use is growing in popularity; particularly social networking sites, blogging, photo and video sharing, and microblogging. Businesses are beginning to identify opportunities to use social media as part of their communications strategies. The government and state services have been slower to adopt social media, although individual politicians are experimenting with the media for campaigning purposes. While Romanian is widely used, English is the common language for conversation via social media in Romania. Politics is a very popular topic of conversation amongst Romanian Internet users, particularly given recent levels of political uncertainty. Concern currently exists that the lack of regulation over the Internet, combined with the real-time nature of the medium is devaluing the quality of content being consumed by the public. Although Internet use is low compared to the rest of Europe, social media are establishing a relevancy to Romanian society as a means to connect; share and debate and we can expect their use to grow.