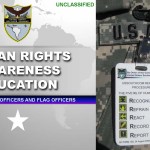 A central goal of U.S. foreign policy is promotion of respect for human rights, as embodied in the Universal Declaration of Human Rights. Human rights are freedoms, immunities, and benefits that are deemed universal, inherent, and inalienable possessions of all humankind. This means that human rights are not a concession granted by society or any particular government. Human Rights Law requires a nation to guarantee the fundamental human rights of its citizens throughout the peace-war-peace spectrum. The Law of War* is that part of international law that regulates the conduct of armed hostilities.

JTF-GTMO primarily uses three types of indicators to assess a detainee: 1) the detainee himself provides acknowledgement of a fact; 2) another detainee, document, government, etc. provides an identification of the detainee; and 3) analysis of the detainee’s timeline, activities, and associates in context with other known events and individuals. A fourth method may be available for a few select detainees in their SCI addendum, where special intelligence provides more specific information about a detainee.

Maras emerged out of the conflicts during the 1970s & 80s in Central America. In the context of the wars and insurgencies in El Salvador, Guatemala, and Nicaragua, thousands of people, including youngmen fled North, many which had training on guns as well as armed combat techniques. In Los Angeles they encountered rejection by other Hispanic communities and found it difficult to find work and socialize; a percentage of these young men, especially those from El Salvador where part of the insurgency/ civil war back home and joined the 18th Street Gang from LA, which was started by Mexicans and expanded to other Hispanics, African- Americans, and Asians.