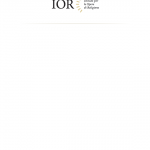 The Cardinals’ Commission welcomes the publication of the first Annual Report of the Istituto per le Opere di Religione (IOR). Since the first Vatican City State law on anti-money laundering (AML) came into force on 1 April 2011, the IOR has embarked on a course of reform, of which transparency is a key element. The reform process led to the appointment of the Pontifical Commission by the Holy Father on 24 June 2013, and will result in giving the IOR a new direction, as was done in 1942 and in 1990. It is important to remember that the IOR’s reason for existing is to serve the Catholic Church, in particular its works of charity and its missionary activities, by safeguarding assets and providing payment services.

An English translation of the Vatican Pontifical Council for Justice and Peace paper “Towards Reforming the International Financial and Monetary Systems in the Context of Global Public Authority” released October 24, 2011.