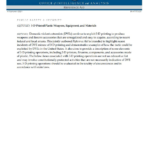 Domestic violent extremists (DVEs) continue to exploit 3-D printing to produce weapons and firearm accessories that are unregulated and easy to acquire, according to recent federal and local arrests. This jointly authored Reference Aid is intended to highlight recent incidents of DVE misuse of 3-D printing and demonstrative examples of how the tactic could be exploited by DVEs in the United States. 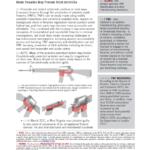 Criminals and violent extremists continue to seek ways to acquire firearms through the production of privately made firearms (PMFs). PMFs can be easily made using readily available instructions and commonly available tools, require no background check or firearms registration (serial number) under federal law, and their parts have become more accessible and affordable. This, combined with the increase in law enforcement recoveries of nonserialized and counterfeit firearms in criminal investigations, will most likely create increasing challenges in law enforcement investigations, including weapon accountability access and tracking. PMF awareness and identification can aid PMF recovery, prevention of illicit activities including terrorism, and overall first responder and public safety. 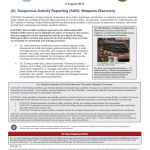