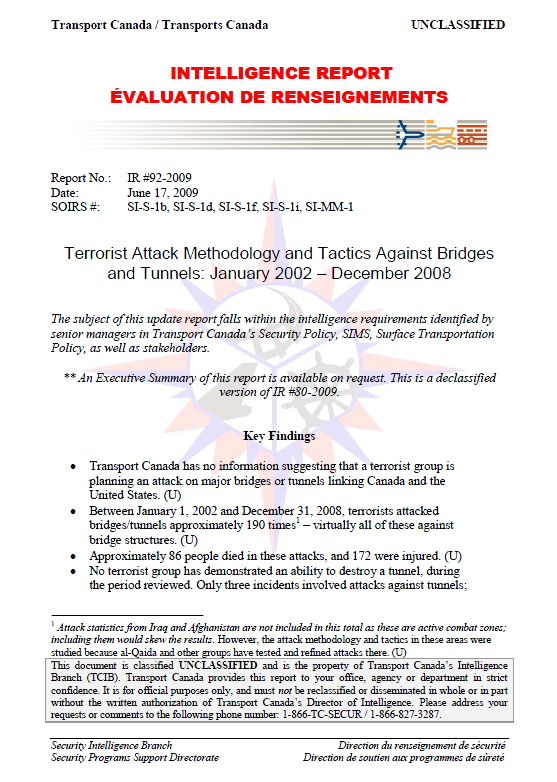 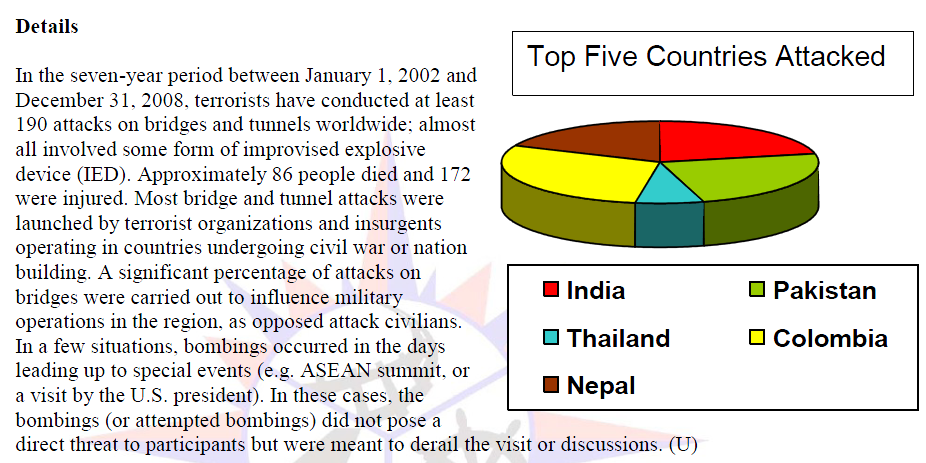 Since 9/11, al-Qaida and other Sunni extremists have indicated an interest in attacking bridges – although most of their attacks have occurred in combat areas and had clear military objectives. Not only has al-Qaida actually trained adherents on how to attack bridges, but the organization has even produced videos and printed resources (complete with illustrations) showing precisely where to plant explosives, and pointing out structural weaknesses and stress points in various bridge structures. San Francisco’s Golden Gate Bridge was featured in one of these al-Qaida videotapes. (The Encyclopedia of Afghan Resistance has also published this data as it relates to suspension bridges. See illustration.) In 2003, al-Qaida reportedly considered an attack on New York’s Brooklyn Bridge.5 Threats have also been made against Baltimore’s harbour tunnel, and in 2006 terror plots were discovered against the Holland Tunnel (linking New York to New Jersey) as well as the Chunnel (linking England to France). (U)

Most bridge attacks today generally result in little permanent damage to the structure. Primarily this is because terrorists use small IEDs that don’t have enough explosive force to destroy or significantly harm a large steel and concrete structure. In many cases, bridges are operating again shortly after a bomb explosion. When terrorists devote more time to the planning process and identify the most critical, high stress points on a bridge (e.g. important support pylons or suspension cables), their chances of destroying it increase
dramatically.