AIG: Is the Risk Systemic? 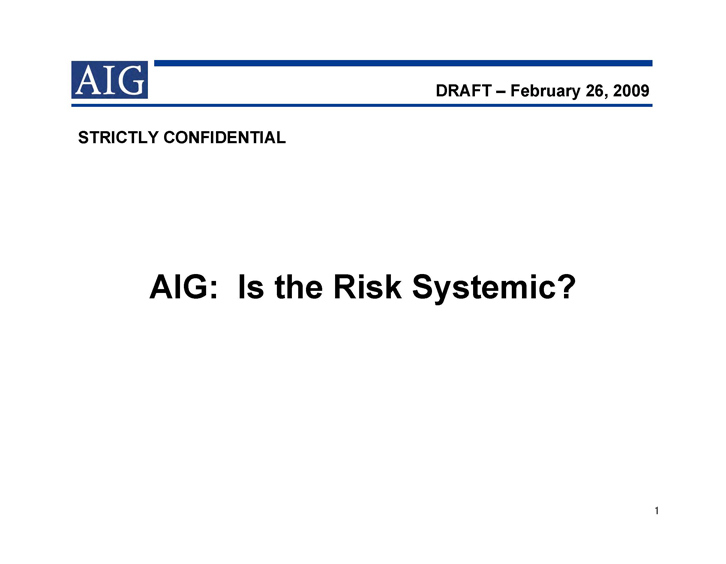 What is Systemic Risk?

How Big is the Systemic Risk in Insurance ? 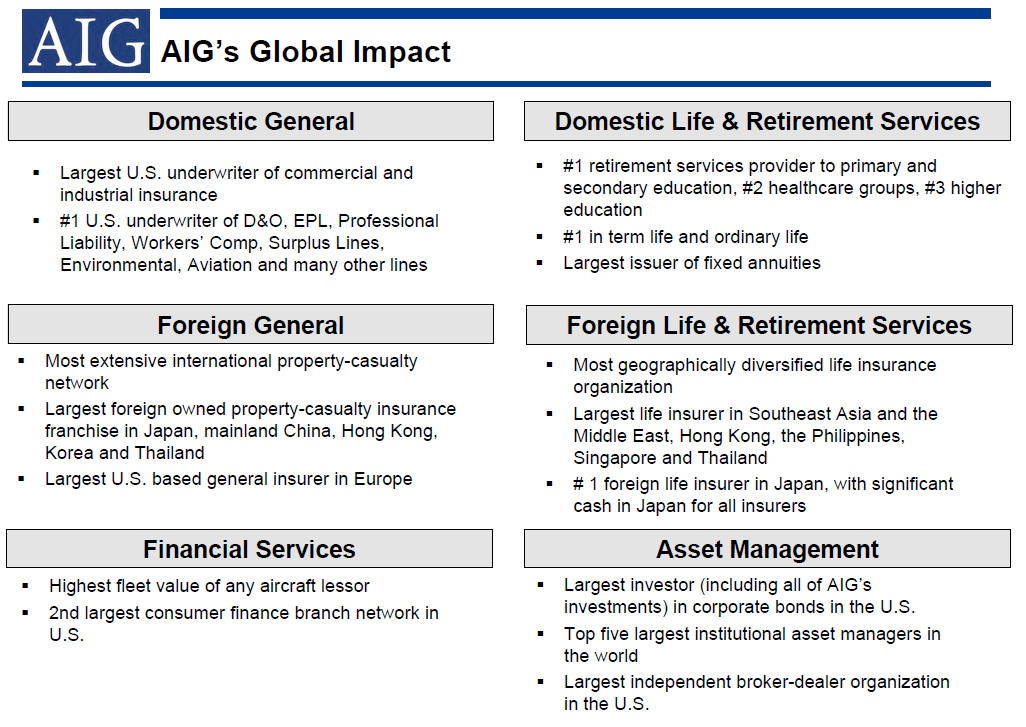 A failure of AIG would have a devastating impact on the U.S. and global economy.
The economic effects may include: