This patent was submitted by Amazon on December 6, 2011. It describes a method of tracking individuals through mobile phone GPS location data and then using the information to predict future shopping destinations to present more specifically targeted advertising.  For more analysis of the patent, see this article from CBS. 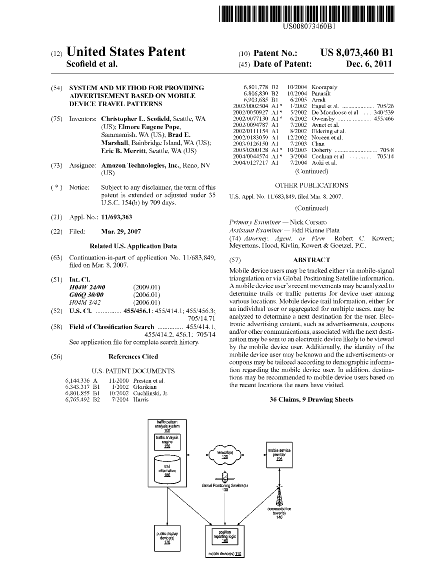 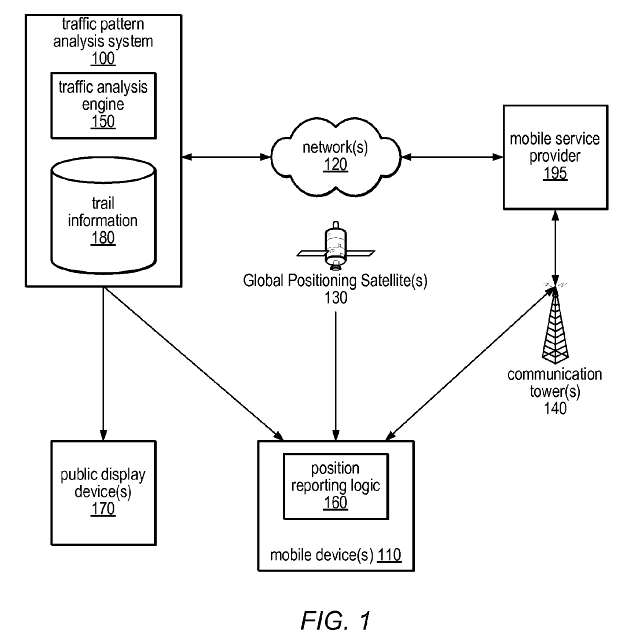