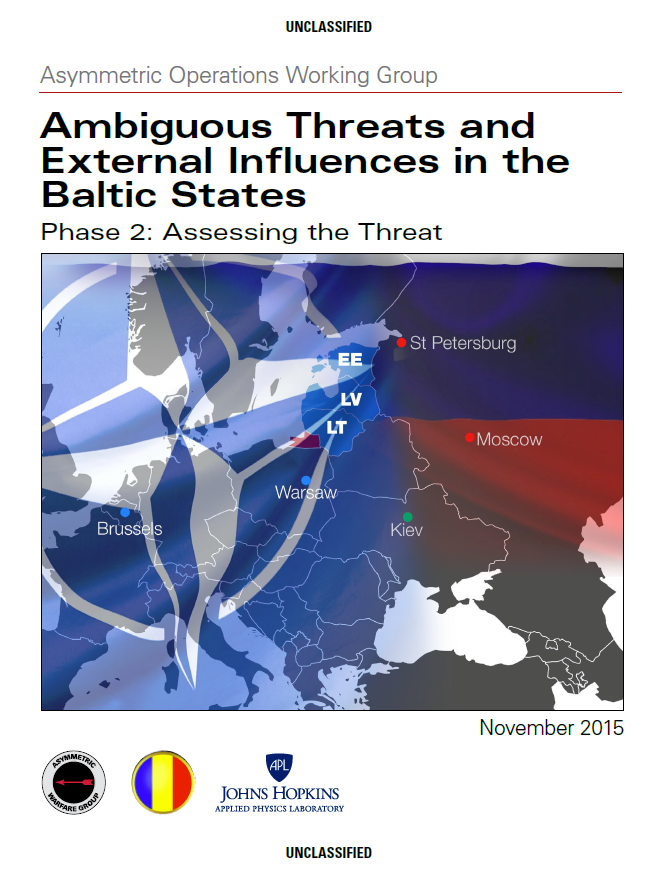 Ambiguous Threats and External Influences in the Baltic States Phase 2: Assessing the Threat

• Russia’s strategic objectives in the Baltic region do not focus on the Baltic States as final targets, but on using the Batlic States to discredit and dismantle the North Atlantic Treaty Organization (NATO) and undermining the European Union (EU) by using the Baltic States. Experts in Russia and European security from the United States and the Baltic region agree that Russia could use the Baltic States toward this end by employing any one of a spectrum of actions, to include direct invasion with conventional forces, an incursion and occupation using irregular forces like the one witnessed in Crimea in 2014, or longterm fostering of social, political, and economic instability. Disagreement existed among experts as to which approach was more likely.

• NATO’s Article 5 commitment to collective defense in the case of an armed attack makes a direct invasion with conventional forces highly unlikely, though not without its proponents. More likely, according to several experts, are longterm efforts to destabilize the Baltic States through social, economic, and political levers because the Kremlin does not wish to risk a conventional armed conflict with NATO.

• Russia stands to gain little by taking Baltic territory, with the exception of a land corridor to Kaliningrad through Lithuania. The prospect of a more unified and reinvigorated NATO in response to Russian annexation of Baltic territory deters Russian invasion and occupation.

• Internal unrest aimed at changing the government in Moscow continues to be one of the Putin administration’s chief concerns. This and other domestic concerns can prompt and drive Russian foreign policy. For instance, taking bold actions in its near abroad is used to support arguments for preserving the current regime.

• From an energy perspective, Lithuania stands in the most vulnerable position after losing its status as a net exporter of energy, but certain interdependencies between Russia and all three Baltic States decrease the potential efficacy of energy as a lever of influence. Russia has demonstrated, however, that it is willing to suffer economic losses for political gain.

• Regarding economic relations, Russia could leverage the actual economic marginalization of Russian compatriot populations, who earn less and have higher unemployment rates than ethnic Balts. However, the Baltic investment and export/import environments are increasingly insulated from Russian interference by greater ties with the Nordic countries and the rest of the EU, as well as the ability to find and tap into alternative markets when Russia has imposed embargoes in recent months. The logistics and transit sectors remain vulnerable because of heavy Russian involvement and ownership.

• Russian media dominate the information space with programming superior in quality, variety, and quantity in part because it receives extensive funding and support from the Kremlin. Russian compatriot populations typically choose to engage in this information space, and youth tend to eschew all TV and printed media in favor of Internet sources for news and entertainment. Russian media present a perspective that derides the Baltic States and its allies and exalts Russia and its predecessor, the Soviet Union. Laws and regulations have proven ineffective at tempering Russian messaging or holding Russian media companies accountable.

• Moscow supports and organizes non-government organizations (NGOs) in each Baltic State that enforce Russia’s compatriots policy, a program intended to foment social and political tension in countries where Russian compatriots reside by calling attention to alleged human rights violations and advocating interpretations of history that vilify that country and make the Soviet Union heroic. A popular position among Russian compatriot groups in the Baltic States continues to be that those countries support the rise of neo-fascism and neo-Nazism targeting Russian residents. Russian agents and provocateurs have attempted to organize protests and demonstrations against the Baltic governments but have been able to mobilize few people.

• Citizenship and language reforms in Estonia and Latvia remain contentious issues, but the percentages of stateless persons continues to decrease, and youth whose first language is Russian increasingly acquire Estonian and Latvian as a second language to gain better education and employment prospects.

• The Russian compatriot populations in the Baltic States are diverse and complex and do not represent unified segments of those national populations. The Polish minority in Lithuania is more organized and united in its support of Russian policies and deserves greater attention than it currently receives. Among the Russian compatriot populations, there appears to be a psychological crisis wherein many support Russia emotionally as their homeland, but struggle to rationally explain or reconcile Russia’s actions in eastern Ukraine with their idea of a benevolent Russia. Many reported a Crimea-like scenario could not occur in the Baltic States. A large contributor to that perception is that the standard of living in the EU incentivizes Russian compatriots not to repatriate and not to desire Russian interference, though they may desire certain policy changes by the Baltic governments.

• From a military perspective, the Baltic States depend on the NATO alliance to deter and, if necessary, answer military threats. Individually, the Baltic militaries remain too small to defend themselves against a full-scale Russian invasion, but the relatively high levels of professionalism and capability of their border guards and law enforcement provide protection from border incursions and internal disturbances growing out of control. Recent legislation in Latvia and Lithuania, as well as 2007/2008 legislation in Estonia, clarifies the circumstances in which national militaries can be mobilized internally and how they are to support law enforcement bodies.

• Overall, the Russian threat to the Baltic States resides much more in efforts to divide their societies than it does in efforts to annex their territory. A conventional invasion by Russian armed forces risks a revitalized NATO newly unified against it without acquiring significant gain, while Russian-sponsored NGOs and political parties could potentially sow sufficient discord in each country as to make them liabilities for NATO and the EU without incurring an Article 5 response. 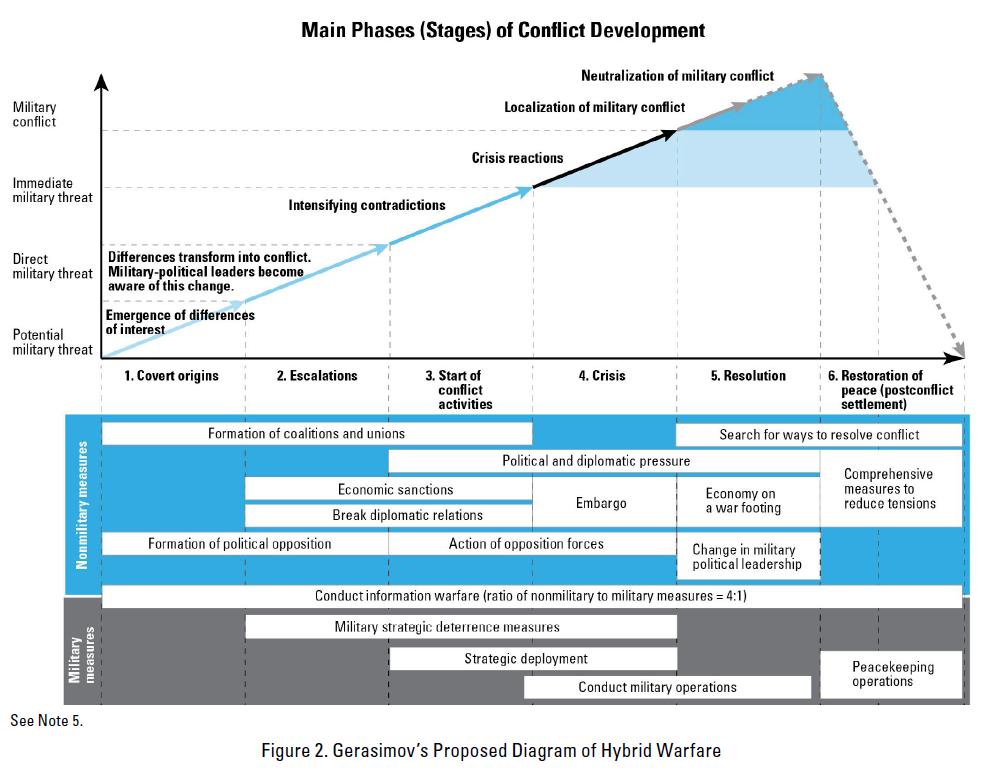