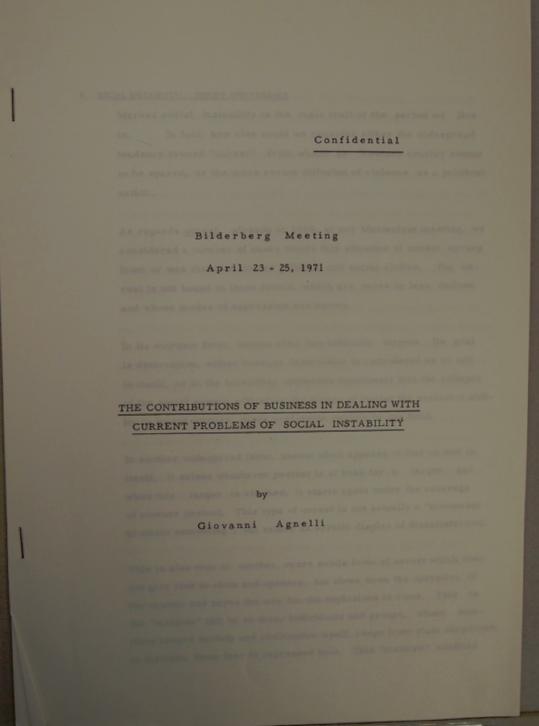 Marked social instability is the main trait of the period we live in. In fact, how else could we consider either the widespread tendency toward “unrest” from which no Western country seems to be spared, or the more recent diffusion of violence as a political action.

As regards unrest, already in 1969, at our Marienlyst meeting, we considered a number of cases where this situation of unrest sprung frorn or was directed toward political and social claims. But unrest is not bound to these forms, which are more or less defined and whose modes of expression are known.

In its extreme form, unrest often has nihilistic targets. Its goal is destruction, either because destruction is considered as an end in itself, or in the incredibly optimistic hypothesis that the collapse of the social system will allow the forces of unrest the exclusive ability to invent another, more preferable system in the field.