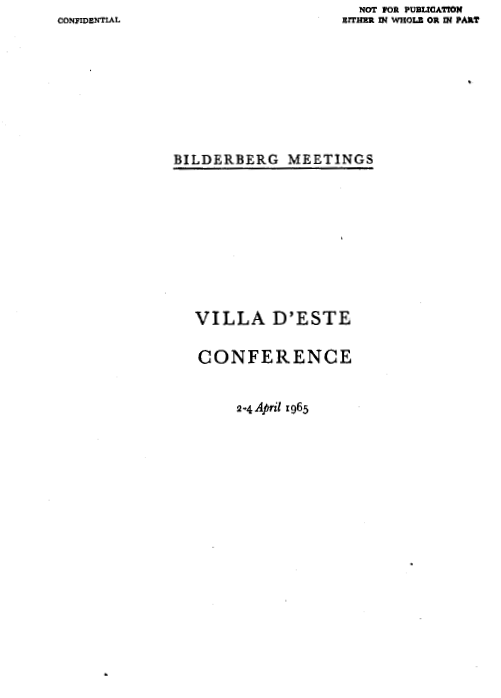 The fourteenth Bilderberg Meeting was held at the Villa d’Este, near Como (Italy) on 2, 3 and 4 April 1965 under the chairmanship of H.R.H. the Prince of the Netherlands.

There were 87 participants representing the United States, Canada, fifteen Western European countries as well as various international organisations, and drawn from leaders in the field of politics (governments and parliaments), business, journalism, public service (national and international), the liberal professions, trade unions and employers’ organisations.

In accordance with the rules adopted at each meeting, all participants spoke in a purely personal capacity without in any way committing whatever government or organisation they might belong to. In order to enable participants to speak with the greatest possible frankness, the discussions were confidential with no representatives of the. press being admitted. A short communique, enumerating the items included in the Agenda, was issued to the Press at the close of the conference.

I. Monetary Co-operation in the Western World

II. The State of the Atlantic Alliance.