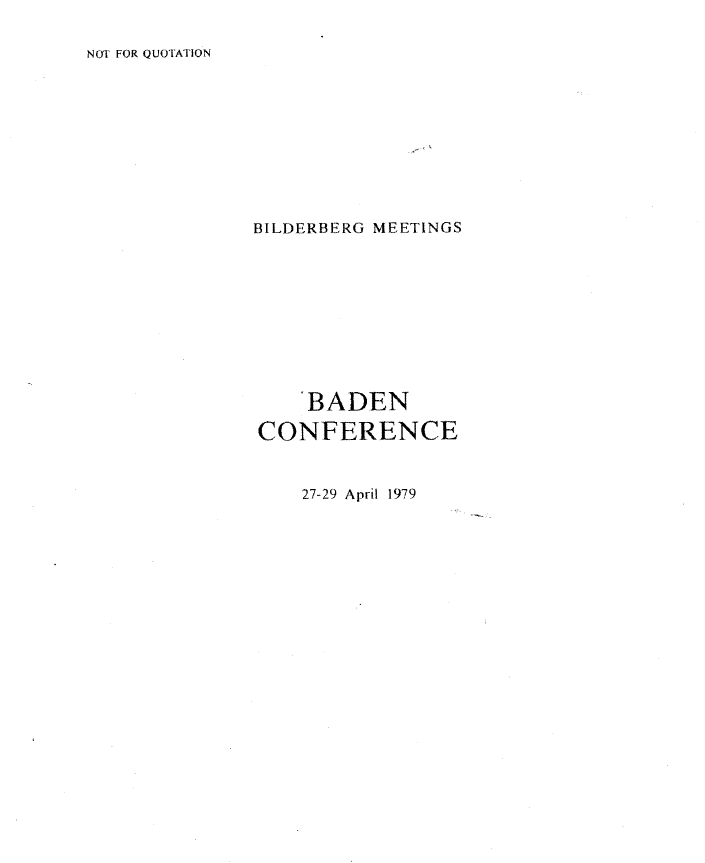 The twenty-seventh Bilderberg Meeting was held at the Clubhotel Schloss Weikersdorf, Baden, Austria, on 27, 28 and 29 April 1979 under the chairmanship of Lord Home of the Hirsel, K.T.

There were 95 participants, drawn from a variety of fields: government and politics, diplomacy, industry, trade unions, shipping, banking, journalism, the law, education, and institutes specialized in international affairs. They came from 16 Western European countries, the United States, Canada and various international organizations.

In accordance with the rule adopted at each Meeting, all participants spoke in a purely personal capacity, without in any way committing the government or organization to which they belonged. To enable participants to speak frankly, the discussions were confidential with no reporters being admitted. The agenda was as follows:

I. The present international monetary situation and its consequences for world economic cooperation;

II. The implications of instability in the Middle East and Africa for the Western world.

In addition to the above formal agenda, a half day’s discussion was devoted to current worldwide problems.

In opening the meeting, the Chairman, Lord Home, read the text of a telegram of good wishes which he had sent to the President of the Federal Republic of Austria on behalf of all the Bilderberg participants.