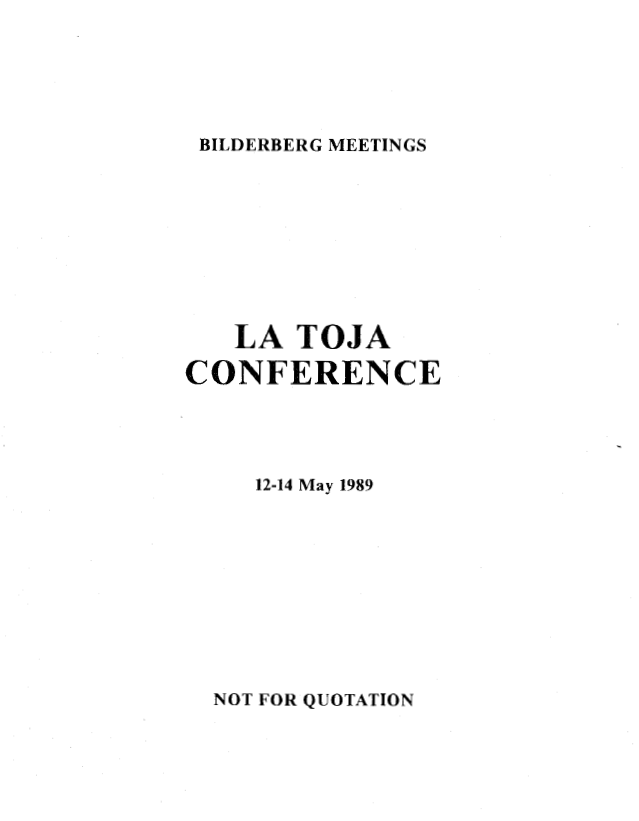 The thirty-seventh Bilderberg Meeting was held at the Gran Hotel La Toja, on the Island of La Toja, Spain, on May 11-14, 1989. There were 112 participants from 19 European countries, the United States, and Canada. They represented government, diplomacy, politics, business, law, labor, education, journalism, the military, and institutes specializing in national and international studies. All participants spoke in a personal capacity, not as representatives of their national governments or their organizations. As is usual at Bilderberg Meetings, in order to permit frank and open discussions, no reporting of the conference proceedings took place.

Lord Roll of Ipsden, the Chairman of the Bilderberg Meetings, opened the conference with an expression of good wishes and appreciation to their Majesties the King and Queen of Spain. He then reviewed the procedural rules of the meeting, stressing the need for punctuality and for adhering to the time limits prescribed for participating in the discussions.