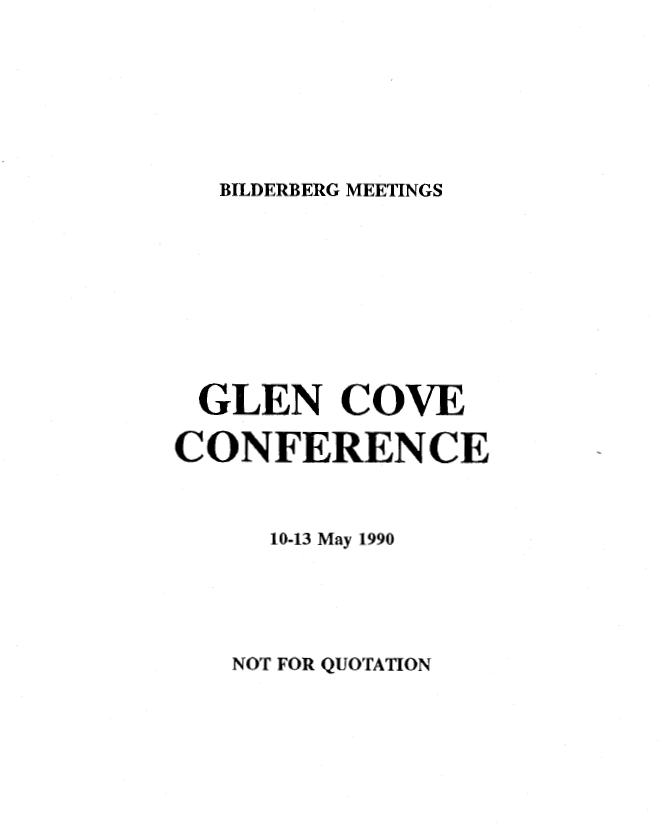 The thirty-eighth Bilderberg Meeting was held at the Harrison Conference Center sin Glen Cove, New York on May 10-13, 1990. There were 120 participants from 18 European countries, the United States, and Canada. They represented government, diplomacy, politics, business, law, labor, education, journalism, the military, and institutes specializing in national and international studies. All participants spoke in a personal capacity, not as representatives of their national governments or their organizations. As is usual at Bilderberg Meetings, in order to permit frank and open discussions, no public reporting of the conference proceedings took place.

This booklet is an account of the 1990 Bilderberg Meeting and is distributed only to participants of this and past conferences and to prospective future participants. Introductory remarks are reported essentially as they were presented, with only minor editing. Comments and interventions made in the discussion sessions, as well as panelists’ closing remarks, are organized and reported according to subject matter and not necessarily in the order in which they were made, nor in their entirety.