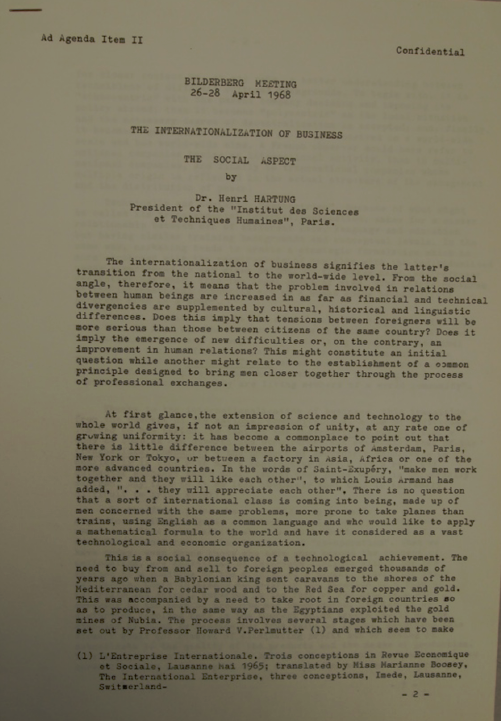 The Internationalization of Business: The Social Aspect by Dr. Henri Hartung

The internationalization of business signifies the latter’s transition from the national to the worldwide level. From the social angle, therefore, it means that the problem involved in relations between human beings are increased in as far as financial and technical divergencies are supplemented by cultural, historical and linguistic differences. Does this imply that tensions between foreigners will be more serious than those between citizens of the sue country? Does it imply the emergence of new difficulties or, on the contrary, an improvement in human relations? This Eight constitute an initial question while another night relate to the establishment of common principle designed to bring zen closer together through the process of professional exchanges.

At first glance, the extension of science and technology to the whole world gives, if not an impression of unity, at any rate one of growing uniformity: it has become a commonplace to point out that there is little difference between the airports of Amsterdam, Paris, New York or Tokyo, or between a factory in Asia, Africa or one of the more advanced countries. In the words of Saint-Exupery, “make men work together and they like each other”, to which Louis Armand has added, ” . . . they will appreciate each other”. There is no question that a sort of international class is coming into being, made up of men concerned with the same problems, more prone to take planes than trains, using English as a common language and who would like to apply a mathematical formula to the world and have it considered as a vast technological and economic organization.