Bilderberg Discussion Paper: Inflation and Its Impact on Society 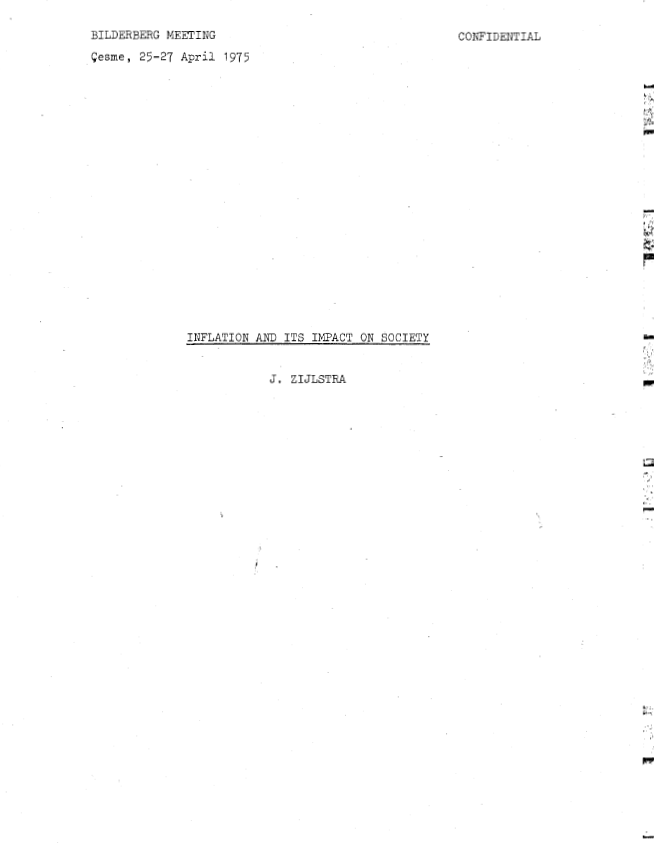 Inflation and Its Impact on Society by J. Zijlstra

The use of money makes it possible to replace a necessarily primitive economy based on barter by an efficient economy based on division of labour. In our society, money has two functions of fundamental importance. It serves as a unit of account and as a means of payment. As a unit of account it enables the virtually infinite number of value relationships between all t~e economic goods produced to be reduced to a straightforward pattern. I~ allows all participants a clear view of the economic process as a whole. In the economic universe, the unit of account is the one fixed point – the Archimedean point, one might say. Individual prices may change; the unit of account, given normal circumstances, is immutable.