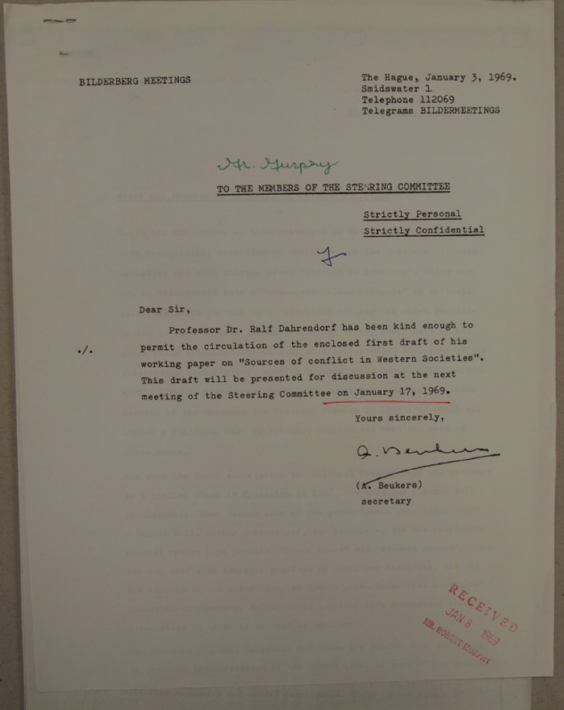 Draft of "Sources of Conflict in Western Societies"

1. In the mid—1950s, an interpretation of Western societies gained wide according to which most of the problems of these societies been solved. After “the end of ideology”, class war can be transformed into a “democratic class struggle” of virtually interchangeable parties in a “pluralist society” participation is more or less general. If there is any group left at all which feels alienated, that of intellectuals. Even some of the outstanding sociologists, such as Raymond Aron, Daniel Bell, Seymour Martin Lipset, contributed to this happy notion. Perhaps the Milan meeting of the Congress for Cultural Freedom in 1955 (for which cf. Lipset’s Political Man, pp.404eqq.) illustrates best the mood of those years.

But when the (now) Association for Cultural Freedom held its meetings on a similar theme in Princeton in 1968, the mood had changed very considerably. Even though some of the participants were still there – Daniel Bell, Arthur Schlesinger, for example -, the new catchwords sounded rather less pacific. “Black Power” and “student unrest”, Vietnam and Biafra as domestic problems of developed countries, old and new strains in the industrial, or indeed “post-industrial societies” dominated discussions. Nobody could possible have summarized these discussions in terms of an “end of ideology”.