Biographies and Photos of the Russian Federation Armed Forces Leadership 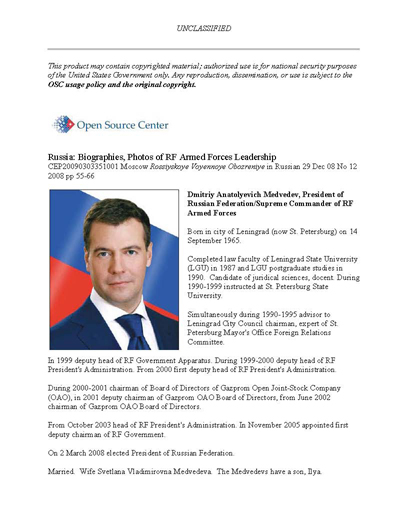 This product may contain copyrighted material; authorized use is for national security purposes of the United States Government only. Any reproduction, dissemination, or use is subject to the OSC usage policy and the original copyright. 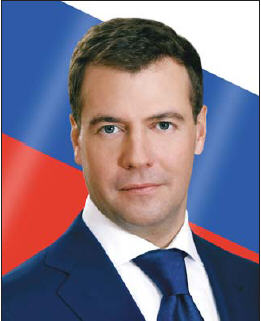 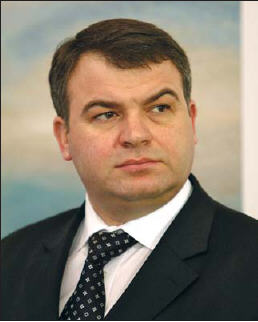 Completed Leningrad Institute of Soviet Trade in 1984 in “economist” specialty.

During 1984-2000 worked in the specialty in St. Petersburg, the last position being general director of one of city’s largest joint-stock companies.

During 2000-2001 was deputy head of RF Ministry for Taxes and Levies Inspectorate for St. Petersburg.
In 2001 completed St. Petersburg State University in “lawyer” specialty.

From May 2001 deputy head of RF Ministry for Taxes and Levies Directorate for St. Petersburg, and from November 2001 head of this Directorate.

He has been decorated with orders “For Service to the Motherland in the USSR Armed Forces” 2nd and 3rd class and “For Distinguished Military Service,” and with a number of medals. 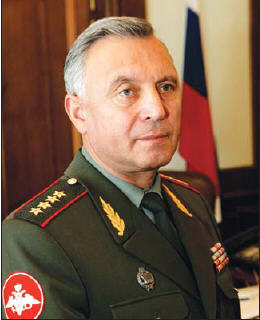 Born in village of Glebovo, Ryazan Oblast on 7 October 1949. In 1971 completed Moscow Higher Combined-Arms Command School (with gold medal). Commanded a platoon, company, and battalion in Group of Soviet Forces in Germany.

Decorated with orders “For Service in the USSR Armed Forces” 3rd Class, “For Distinguished Military Service,” and St. George 2nd Class, and with 12 medals. 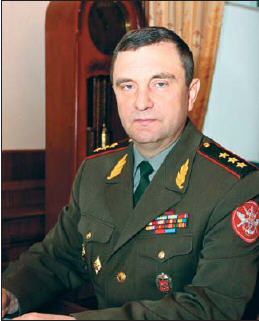