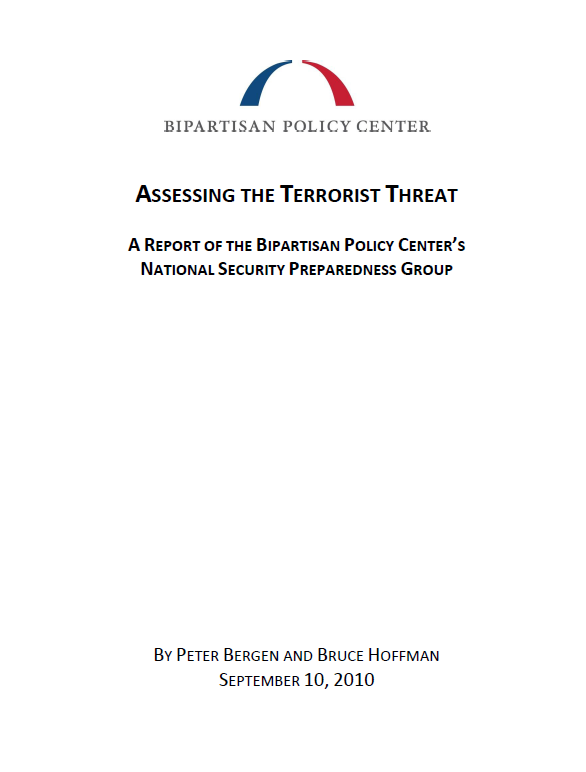 Al-Qaeda and allied groups continue to pose a threat to the United States. Although it is less severe than the catastrophic proportions of a 9/11-like attack, the threat today is more complex and more diverse than at any time over the past nine years. Al-Qaeda or its allies continue to have the capacity to kill dozens, or even hundreds, of Americans in a single attack. A key shift in the past couple of years is the increasingly prominent role in planning and operations that U.S. citizens and residents have played in the leadership of al-Qaeda and aligned groups, and the higher numbers of Americans attaching themselves to these groups. Another development is the increasing diversification of the types of U.S.-based jihadist militants, and the groups with which those militants have affiliated. Indeed, these jihadists do not fit any particular ethnic, economic, educational, or social profile.

Al-Qaeda’s ideological influence on other jihadist groups is on the rise in South Asia and has continued to extend into countries like Yemen and Somalia; al-Qaeda’s top leaders are still at large, and American overreactions to even unsuccessful terrorist attacks arguably have played, however inadvertently, into the hands of the jihadists. Working against al-Qaeda and allied groups are the ramped-up campaign of drone attacks in Pakistan, increasingly negative Pakistani attitudes and actions against the militants based on their territory, which are mirrored by increasingly hostile attitudes toward al-Qaeda and allied groups in the Muslim world in general, and the fact that erstwhile militant allies have now also turned against al-Qaeda.

Preparedness questions for the U.S. government

It is fundamentally troubling, given this collection of new threats and new adversaries directly targeting America, that there remains no federal government agency or department specifically charged with identifying radicalization and interdicting the recruitment of U.S. citizens or residents for terrorism. As one senior intelligence analyst lamented, “There’s no lead agency or person. There are First Amendment issues we’re cognizant of. It’s not a crime to radicalize, only when it turns to violence. There are groups of people looking at different aspects of counter-radicalization. [But it] has to be integrated across agencies, across levels of government, public-private cooperation” — which, unfortunately, it is not. America is thus vulnerable to a threat that is not only diversifying, but arguably intensifying.

Our long-held belief that homegrown terrorism couldn’t happen here has thus created a situation where we are today stumbling blindly through the legal, operational, and organizational minefield of countering terrorist radicalization and recruitment occurring in the United States. Moreover, rather than answers, we now have a long list of pressing questions on this emerging threat, on our response, and on the capacity of the national security architecture we currently have in place to meet it.

On the threat. What do we do when the terrorists are like us? When they conform to the archetypal American immigrant success story? When they are American citizens or U.S. residents? When they are not perhaps from the Middle East or South Asia and in fact have familiar-sounding names? Or, when they are self-described “petite, blue-eyed, blonde” suburban housewives who, as Colleen LaRose, a.k.a. JihadJane, boasted, “can easily blend in”?