The following report was released by the Congressional Budget Office on May 29, 2013. 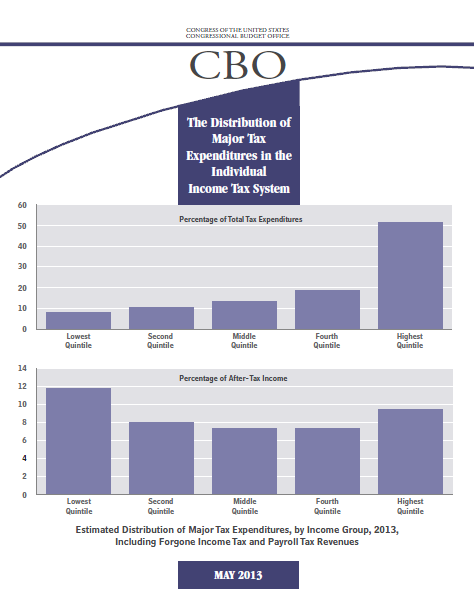 A number of exclusions, deductions, preferential rates, and credits in the federal tax system cause revenues to be much lower than they would be otherwise for any given structure of tax rates. Some of those provisions—in both the individual and corporate income tax systems—are termed “tax expenditures” because they resemble federal spending by providing financial assistance to specific activities, entities, or groups of people. Tax expenditures, like traditional forms of federal spending, contribute to the federal budget deficit; influence how people work, save, and invest; and affect the distribution of income. This report examines how 10 of the largest tax expenditures in the individual income tax system in 2013 are distributed among households with different amounts of income. Those expenditures are grouped into four categories:

Preferential tax rates on capital gains and dividends;
and

Some of the provisions of law that reduce the amount of taxable income under the individual income tax also decrease the amount of earnings subject to payroll taxes. The figures presented in this report are generally based on the reduction in payroll taxes as well as the reduction in income taxes, but some figures separate those two effects. (Provisions that reduce payroll tax receipts generally reduce future Social Security benefits as well; that effect is not analyzed in this report.)

How Do Tax Expenditures Affect the Federal Budget?

Although the 10 major tax expenditures listed here represent a small fraction of the more than 200 tax expenditures in the individual and corporate income tax systems, they will account for roughly two-thirds of the total budgetary effects of all tax expenditures in fiscal year 2013, the Congressional Budget Office (CBO) estimates. Together, those 10 tax expenditures are estimated to total more than $900 billion, or 5.7 percent of gross domestic product (GDP), in fiscal year 2013 and are projected to amount to nearly $12 trillion, or 5.4 percent of GDP, over the 2014–2023 period. In addition, tax credits to subsidize premiums for health insurance provided through new exchanges to be established under the Affordable Care Act will represent a new tax expenditure beginning in 2014, estimated to equal 0.4 percent of GDP over the 2014–2023 period. 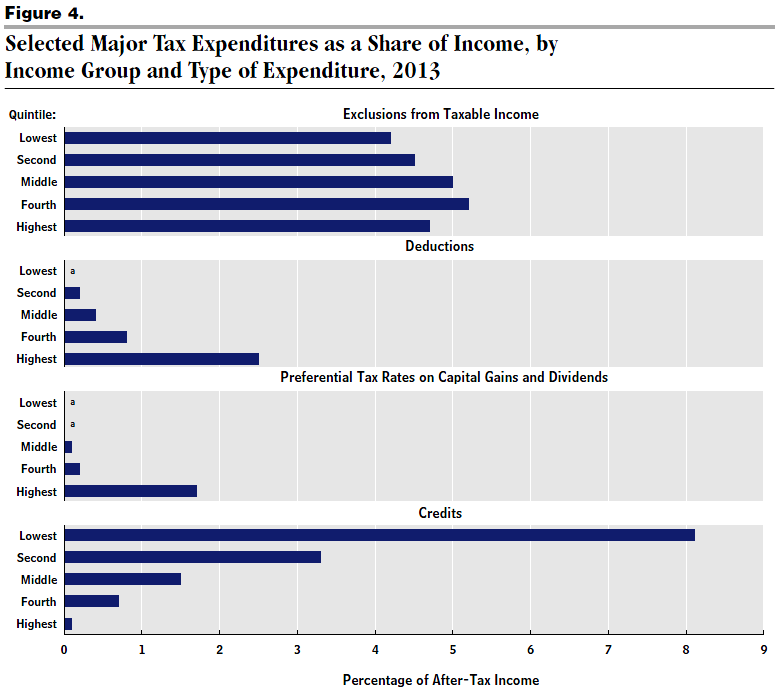 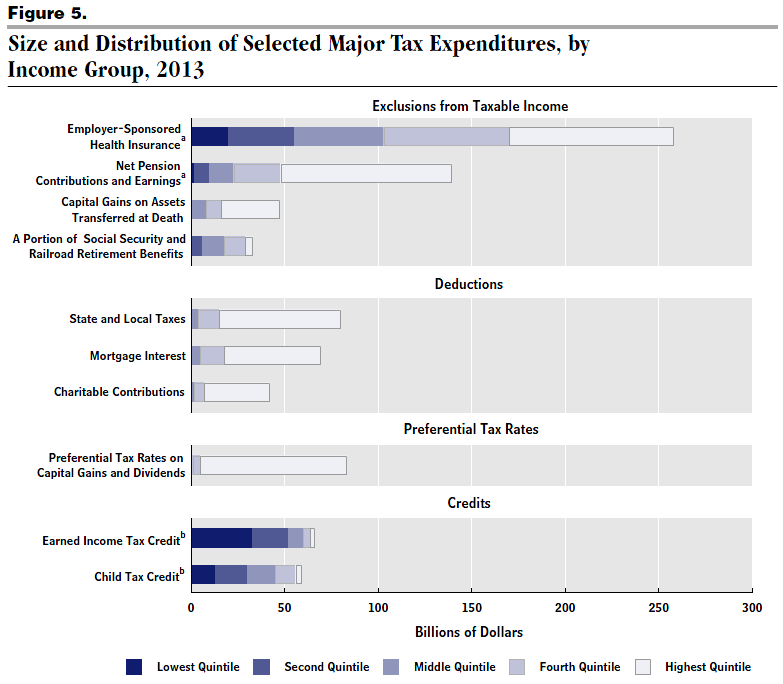