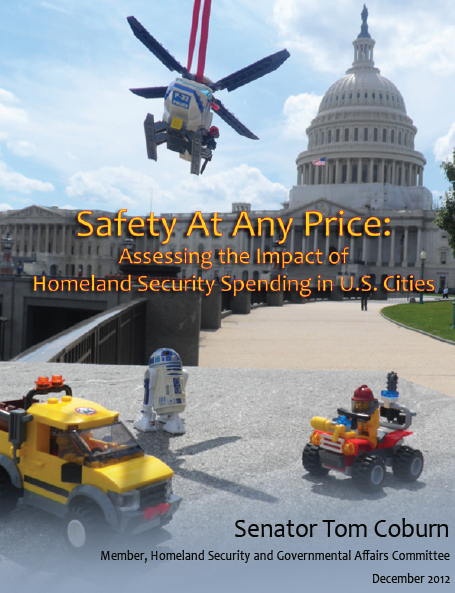 Safety at Any Price: Assessing the Impact of Department of Homeland Security Spending in U.S. Cities

This report examines the UASI grant program, including a detailed review of 15 cities that have received funding through the program. It is intended to assess whether spending on DHS antiterrorism grants like UASI have made us safer, and whether the taxpayer dollars that have been spent on these programs have yielded an adequate return on investment in terms of improved security.

The results of the investigation find that taxpayer money spent on homeland security grant programs has not always been spent in ways obviously linked to terrorism or preparedness. Importantly, this does not mean money was spent outside the bounds of what was allowed. The decision by officials in Michigan to purchase 13 sno-cone machines and the $45 million that was spent by officials in Cook County, Illinois on a failed video surveillance network have already garnered national attention as examples of dubious spending. Both were defended or promoted by DHS.

Other examples have not received as much attention. Columbus, Ohio recently used a $98,000 UASI grant to purchase an “underwater robot.” Local officials explained that it would be used to assist in underwater rescues.

Keene, New Hampshire, with a population just over 23,000 and a police force of 40, set aside UASI funds to buy a BearCat armored vehicle. Despite reporting only a single homicide in the prior two years, the City of Keene told DHS the vehicle was needed to patrol events like its annual pumpkin festival. Tulsa, Oklahoma used UASI funding to harden a county jail and purchase a color printer.

In 2009, Pittsburgh, Pennsylvania purchased for $88,000 several “long-range acoustic device,” or LRAD, which is mounted on a truck and emits an ear-splitting sound. Local officials used it to disperse G-20 protestors, giving one bystander permanent hearing loss, but which they called “a kinder and gentler way to get people to leave.”

Peoria, Arizona spent $90,000 to install bollards and surveillance cameras at the Peoria Sports Complex, which is used for spring training by the San Diego Padres and Seattle Mariners. The Oxnard-Thousand Oaks UASI used $75,000 to also purchase surveillance equipment, alarms and closed-circuit television, which it installed in its Civic Arts Plaza, a local theater and cultural center.

UASI funds were also used for mundane expenses, such as paying the overtime costs of police and firefighters or purchasing new computers for the local emergency planning office. Some urban areas used their awards for local outreach, holding conferences, creating websites and posting videos on how citizens can spot signs of terror in their own neighborhoods. A video sponsored by the Jacksonville UASI alerted its residents to red flags such as people with “average or above average intelligence” or who displayed “increased frequency of prayer or religious behavior.”

When asked, FEMA could not explain precisely how the UASI program has closed security gaps or prepared the nation in the event of another attack. In part, FEMA has done very little oversight of the program, allowing cities to spend the money on almost anything they want, as long as it has broad ties to terror prevention. In fact, according to a June 2012 report by the Department of Homeland Security Inspector General, “FEMA did not have a system in place to determine the extent that Homeland Security Grant Program funds enhanced the states’ capabilities to prevent, deter, response to, and recover from terrorist attacks, major disasters and other emergencies before awarding more funds to the states.” Moreover, the agency failed to issue preparedness goals, intended to shape the use of UASI funds, until last year—nine years after the program was created. Because of this, it is difficult to measure the gains with any specificity. 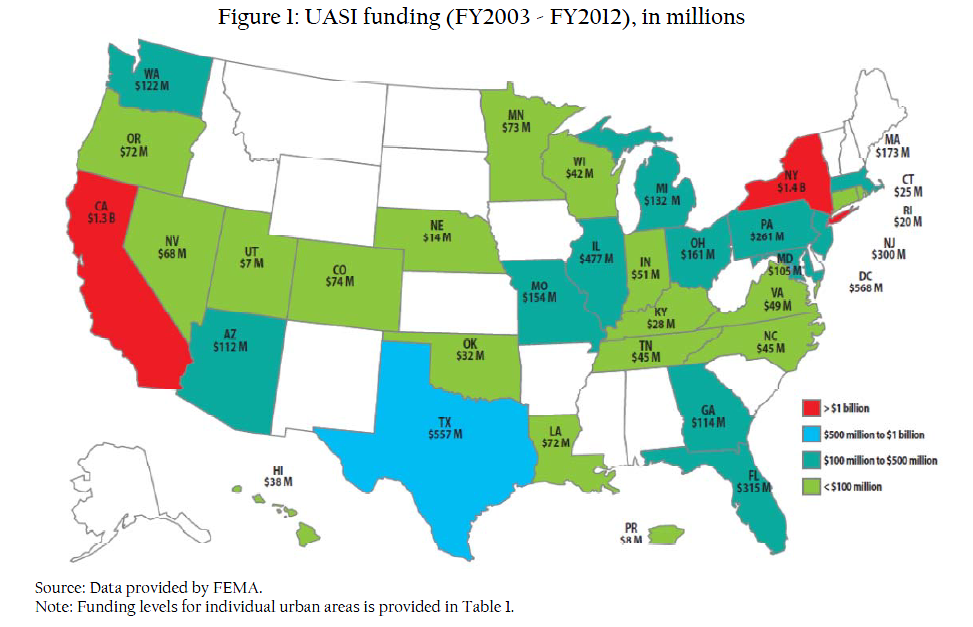