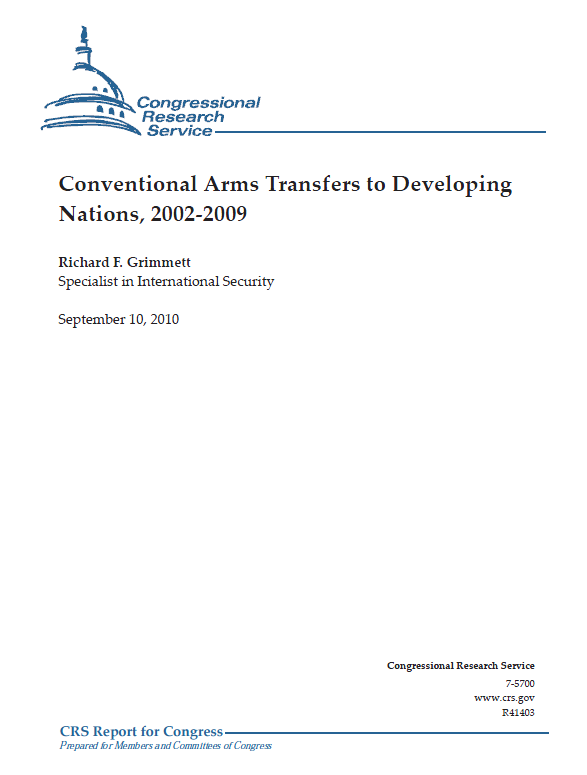 This report is prepared annually to provide Congress with official, unclassified, quantitative data on conventional arms transfers to developing nations by the United States and foreign countries for the preceding eight calendar years for use in its policy oversight functions. All agreement and delivery data in this report for the United States are government-to-government Foreign Military Sales (FMS) transactions. Similar data are provided on worldwide conventional arms transfers by all suppliers, but the principal focus is the level of arms transfers by major weapons suppliers to nations in the developing world.

In 2009, the United States ranked first in the value of arms deliveries to developing nations at
$7.4 billion, or 43.6% of all such deliveries. Russia ranked second in these deliveries at $3.5
billion or 20.6%. 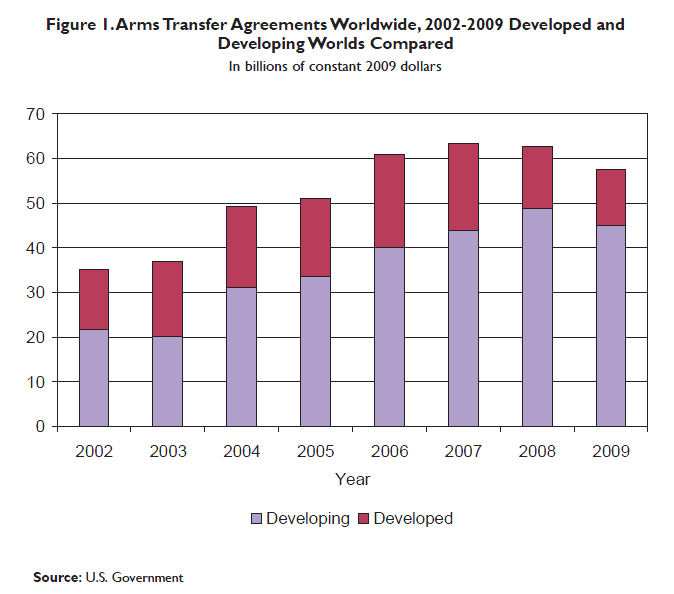 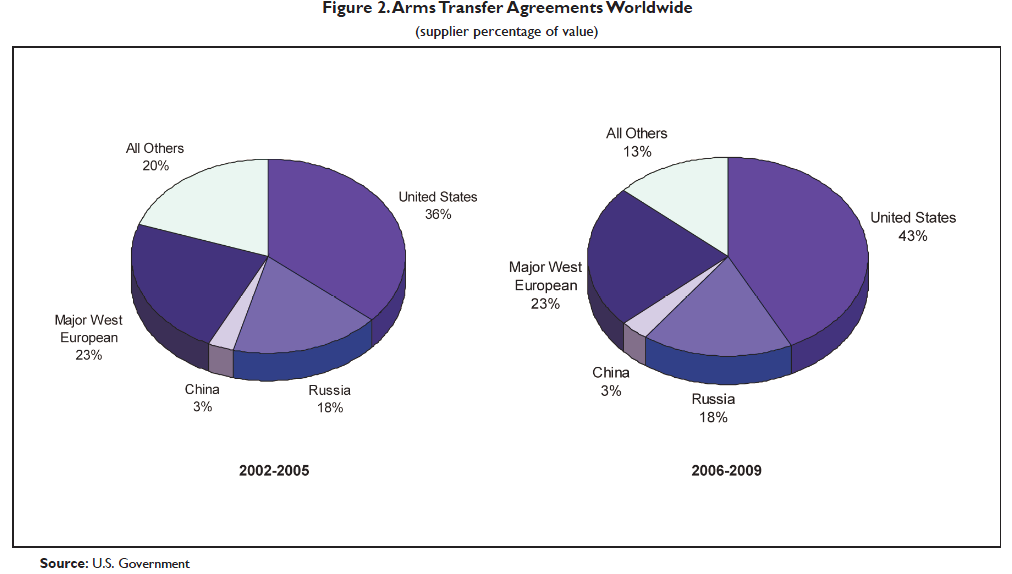 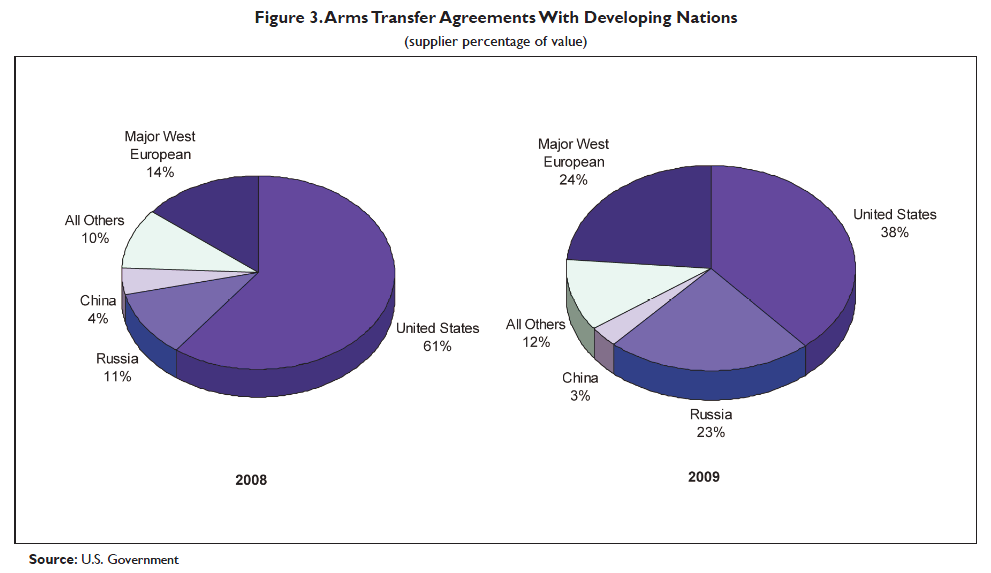