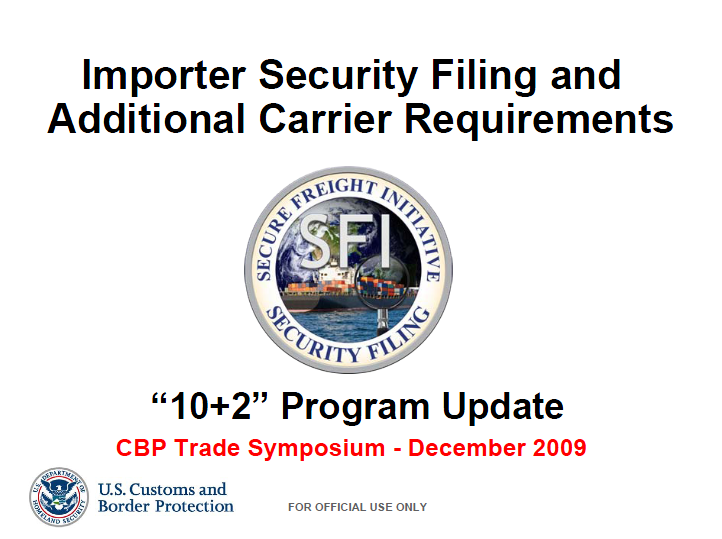 The Security Filing, commonly known as the “10+2” initiative, is a Customs and Border Protection (CBP) regulation that requires importers and vessel operating carriers to provide additional advance trade data to CBP pursuant to Section 203 of the SAFE Port Act of 2006 and section 343(a) of the Trade Act of 2002, as amended by the Maritime Transportation Security Act of 2002, for non-bulk cargo shipments arriving into the United States by vessel. 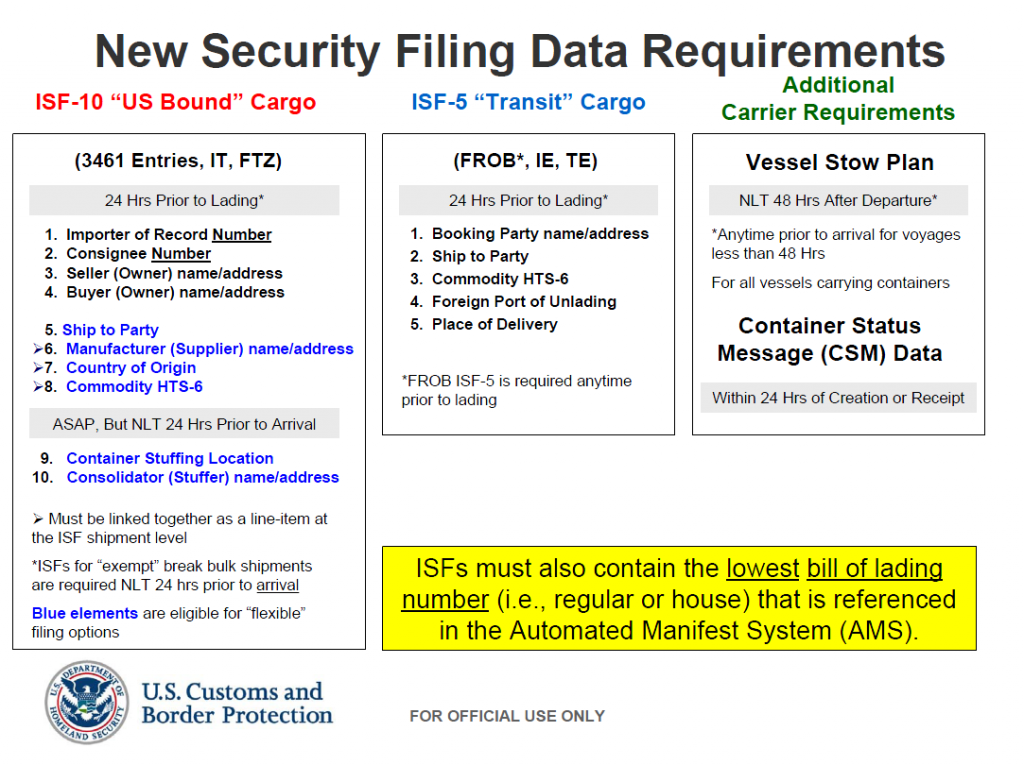 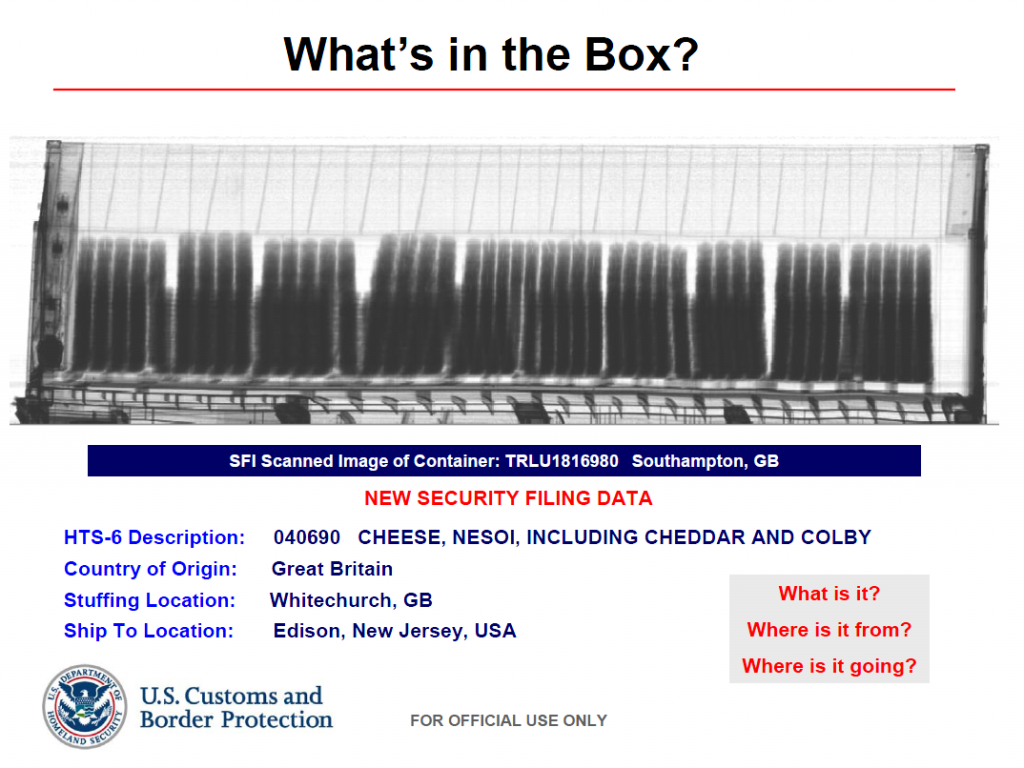 CBP has also received more than: