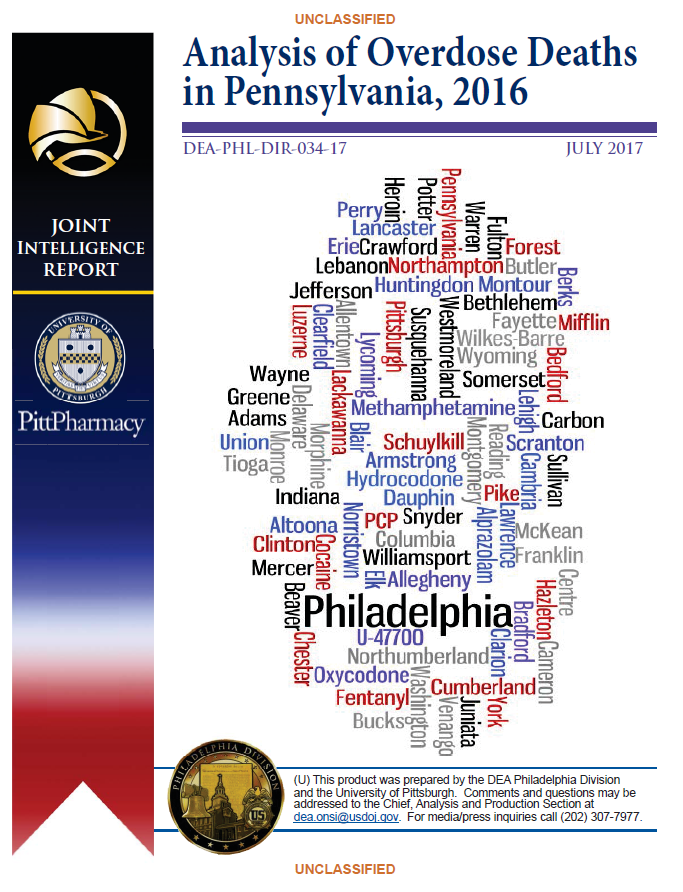 Analysis of Overdose Deaths in Pennsylvania, 2016

The Commonwealth of Pennsylvania is in the midst of an unprecedented epidemic of drug abuse and drug-related overdose deaths impacting every corner of the state and all of its residents. In 2016, more than 4,600 Pennsylvanians died as a result of drug abuse, with thousands more affected by addiction, either personally, or through family, friends, and loved ones.

The analysis of drug-related overdose death data plays a pivotal role in law enforcement’s efforts to identify and combat drug suppliers, and ultimately drug abuse and related overdoses. At the most basic level, the drugs that contribute to death are an indicator of drug availability in the user market. Analysis of this data also highlights geographic patterns of abuse and identifies at-risk populations, and when coupled with drug treatment statistics, law enforcement drug seizure data, and public health indicators, allows for multi-disciplinary data-driven decisions regarding resource placement and strategic initiatives.

Fentanyl and fentanyl–related substances (FRS) were the most frequently identified in decedents (52 percent of deaths), a significant increase from 2015 when fentanyl/FRS were noted in 27 percent of deaths. More than 95 percent of counties reporting drug-related overdose deaths in 2016 indicated the presence of fentanyl/FRS.

In 2016, 77 percent of decedents were White, 12 percent were Black, 4 percent were Hispanic, and 7 percent were identified as Other, consistent with 2015 and the population distribution across Pennsylvania. Finally, the continued lack of standardized and centralized reporting of drug-related overdose death data in Pennsylvania inhibits timely analysis necessary for stakeholders to drive decision-making. Efforts must continue amongst the myriad data collectors to streamline compilation and develop a common mechanism for information sharing that serves the public interest. 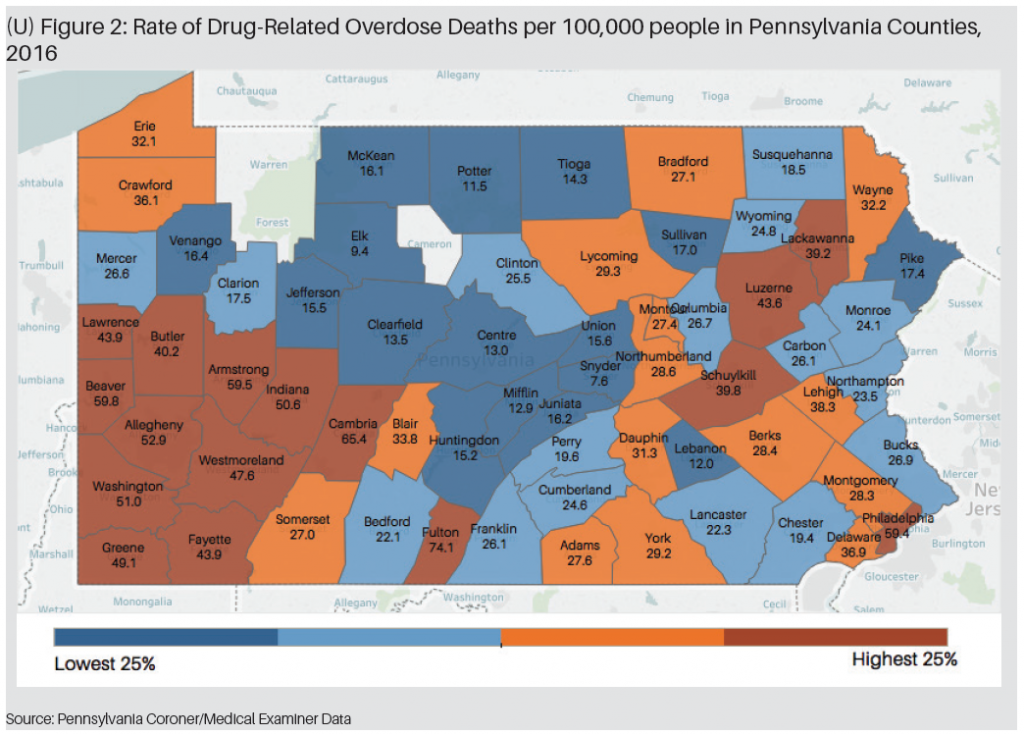 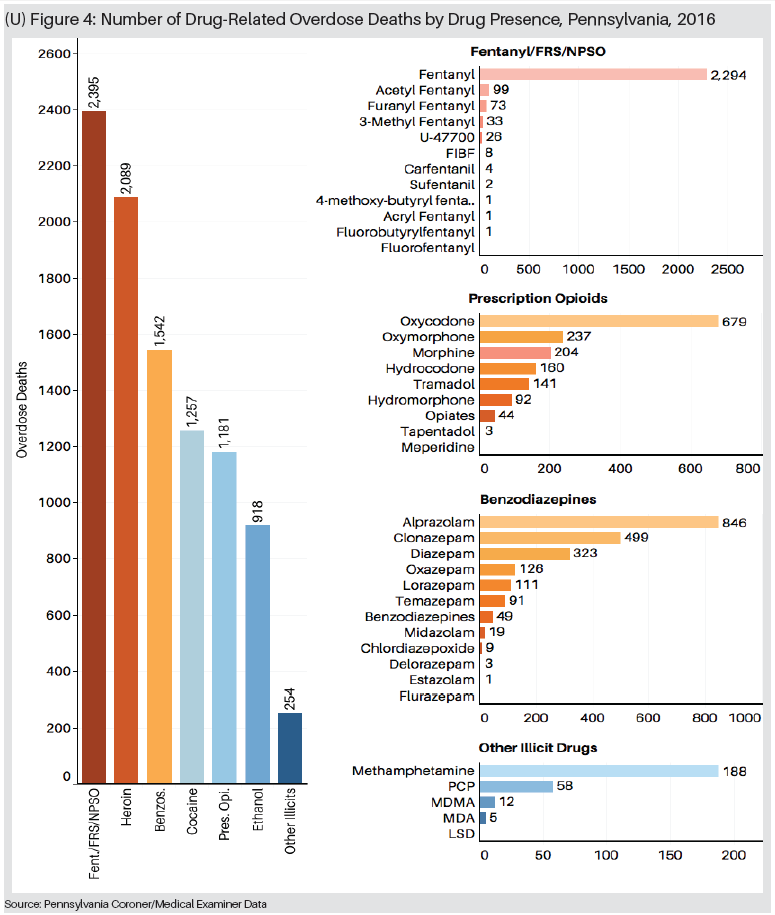