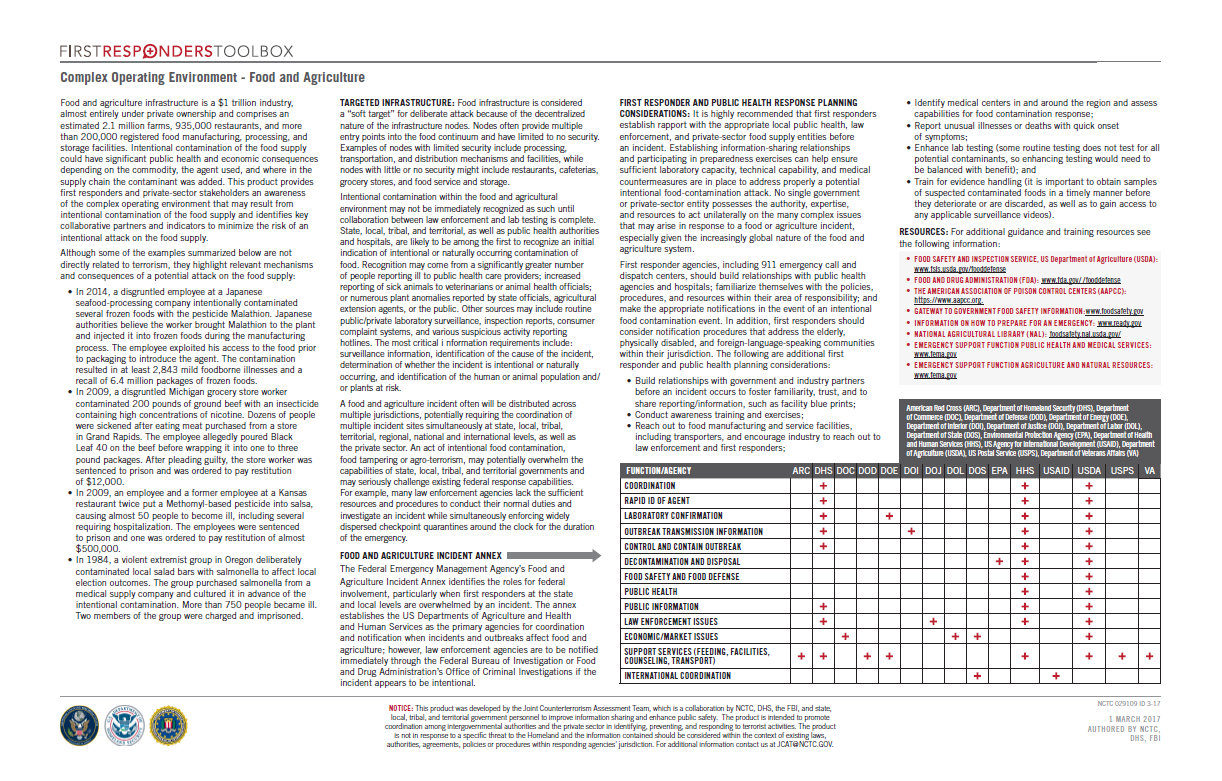 Although some of the examples summarized below are not directly related to terrorism, they highlight relevant mechanisms and consequences of a potential attack on the food supply:

• In 2014, a disgruntled employee at a Japanese seafood-processing company intentionally contaminated several frozen foods with the pesticide Malathion. Japanese authorities believe the worker brought Malathion to the plant and injected it into frozen foods during the manufacturing process. The employee exploited his access to the food prior to packaging to introduce the agent. The contamination resulted in at least 2,843 mild foodborne illnesses and a recall of 6.4 million packages of frozen foods.

• In 2009, a disgruntled Michigan grocery store worker contaminated 200 pounds of ground beef with an insecticide containing high concentrations of nicotine. Dozens of people were sickened after eating meat purchased from a store in Grand Rapids. The employee allegedly poured Black Leaf 40 on the beef before wrapping it into one to three pound packages. After pleading guilty, the store worker was sentenced to prison and was ordered to pay restitution of $12,000.

• In 2009, an employee and a former employee at a Kansas restaurant twice put a Methomyl-based pesticide into salsa, causing almost 50 people to become ill, including several requiring hospitalization. The employees were sentenced to prison and one was ordered to pay restitution of almost $500,000.

• In 1984, a violent extremist group in Oregon deliberately contaminated local salad bars with salmonella to affect local election outcomes. The group purchased salmonella from a medical supply company and cultured it in advance of the intentional contamination. More than 750 people became ill. Two members of the group were charged and imprisoned. 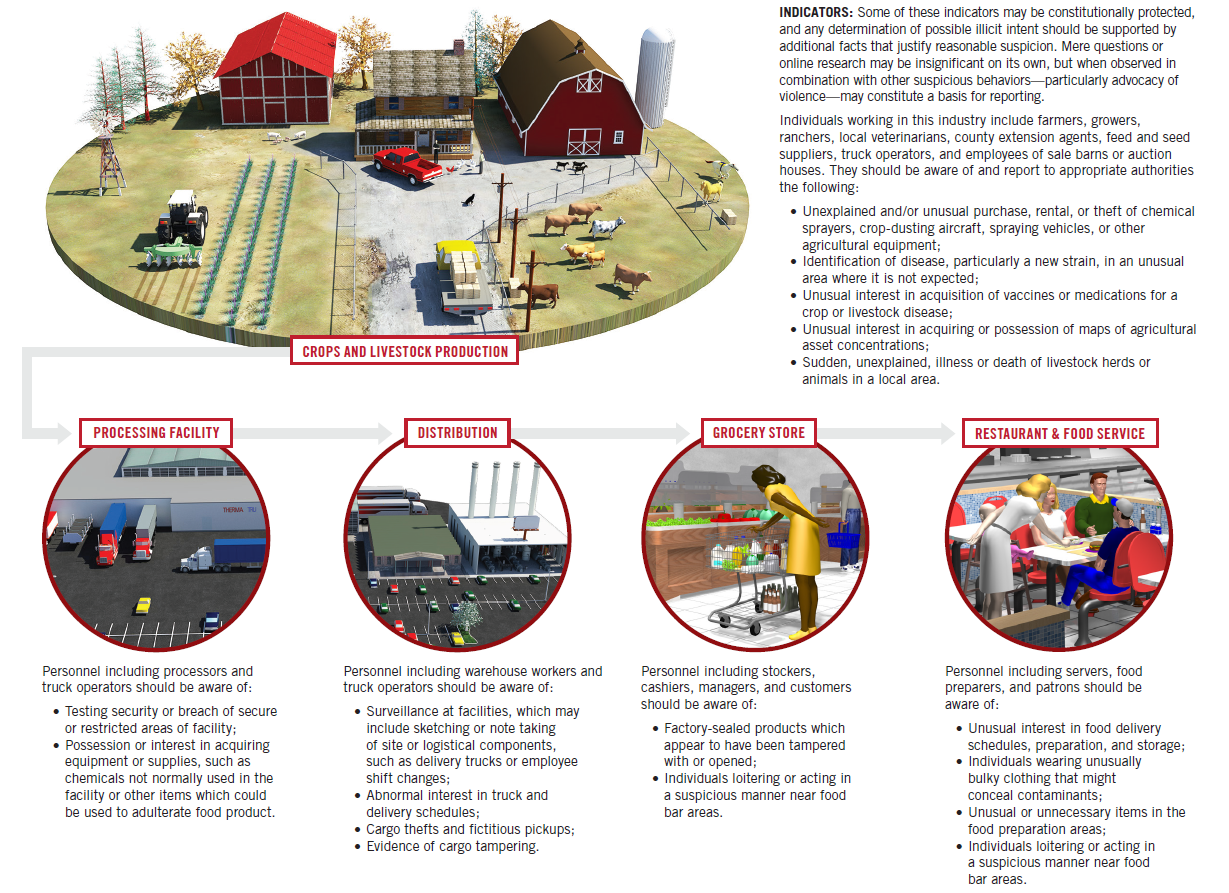