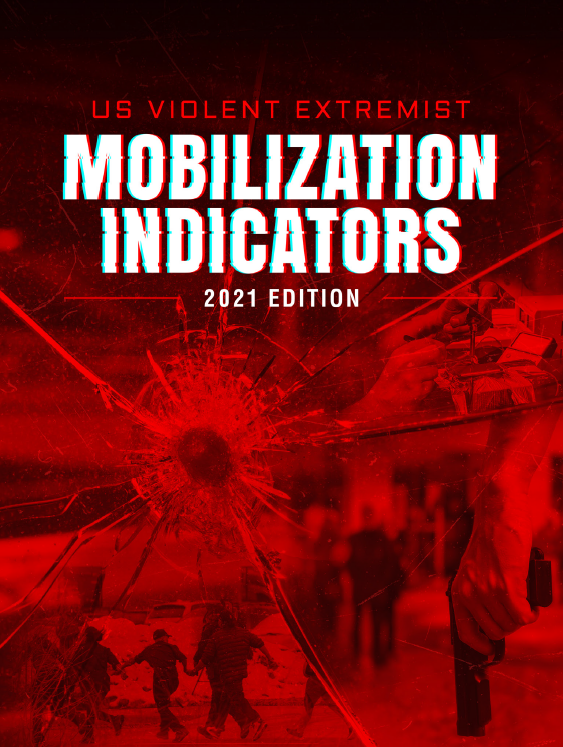 The United States and other Western nations face a heightened threat from violent extremists motivated by a broad range of ideologies. Previous editions of this booklet have focused solely on the indicators of homegrown violent extremist mobilization to violence; this edition has been expanded to include indicators that apply to multiple ideologically-motivated US-based violent extremists, given the evolving complexity and variety of factors influencing the domestic threat landscape.

These indicators were developed and updated based on a review of information derived from dozens of FBI terrorism investigations, peer-reviewed academic studies, and analytic exchanges among Intelligence Community and law enforcement professionals. The indicators of violent extremist mobilization described in this booklet are observable behaviors that could help to determine whether individuals are preparing to engage in violent extremist activities.

The indicators are grouped according to the stages individuals undergo: mobilization to violence, engaging in preparation, and developing motivation. These indicators suggest how close an individual may be to mobilizing to violence and are ordered by the strength of the indicator within each category.

This resource is provided to inform law enforcement, terrorism prevention practitioners, other first responders, community leaders, as well as the general public about both threats of violence and contextual behaviors that suggest an individual is mobilizing to violence. While some violent extremists may make direct, indirect, or vague threats of violence, others may plot violent action while avoiding such overt threats to maintain operational security—underscoring the need to consider both threats of violence and contextual behaviors.

We have incorporated “unusual” into many of the indicators because we are looking for behavior that is different enough from the individual’s normal behavior to cause concern. The indicators included in this booklet are intended to aid law enforcement and first responder investigative and detection efforts, not to be a substitute for their expertise and experience. In addition, we continue to see that members of the community—such as family members and peers—are often best positioned to witness signs of mobilization to violence. Such community members almost always are the first to detect hints that an individual may be considering violent action in the United States or overseas. This booklet is provided to aid interpretation of their observations.

This booklet describes each indicator in terms of three criteria: what behavior stage a person is in (“Behavior Stages”); who, in addition to law enforcement, might observe the behavior (“Observers”); and what type of behavior the indicator describes (“Indicator Types”).

BEHAVIOR STAGES: These three categories of behavior represent the process an individual typically goes through on their way to carrying out an attack or traveling to join like-minded violent extremists—such as a foreign terrorist organization (FTO): MOBILIZATION to violence, engaging in PREPARATION and planning for an attack or for travel to join like-minded violent extremists or an FTO, and developing MOTIVATION for violent extremist activity. The behavior categories are listed in order of most to least concerning. Indicators are grouped within each category by the strength of the indicator, with those of most immediate concern at the top.

Some of the indicators may be lawful or constitutionally protected and should not serve as the sole basis for any investigative activity. Additional facts and circumstances that clearly support the determination that the behavior observed is not innocent but rather reasonably indicative of pre-operational planning associated with terrorism is necessary to constitute a basis for reporting. 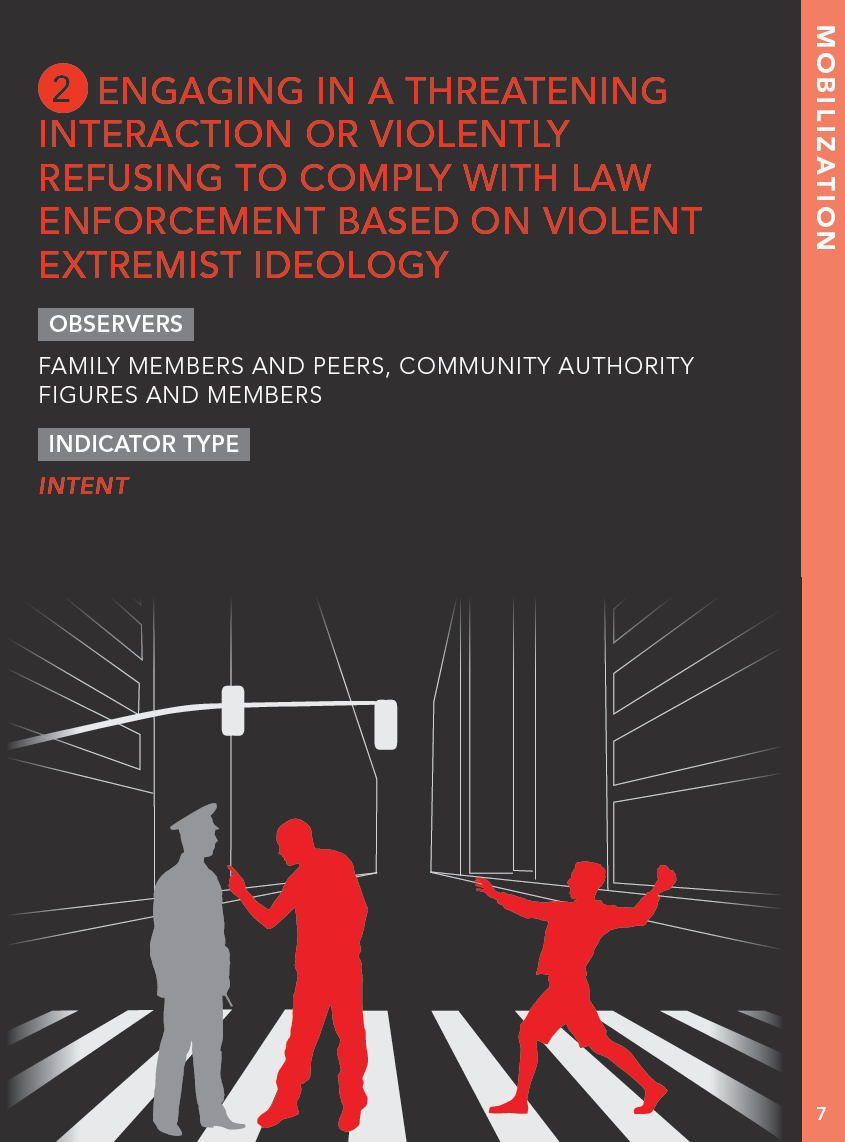 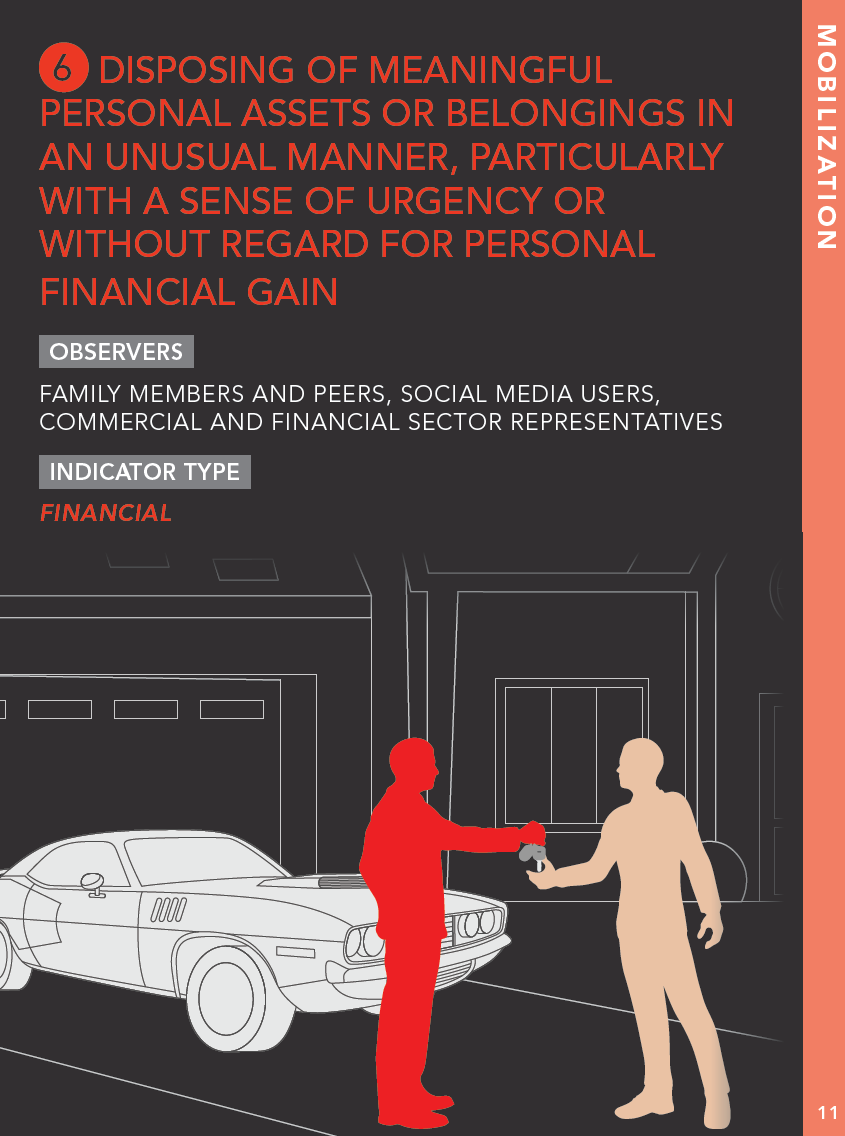