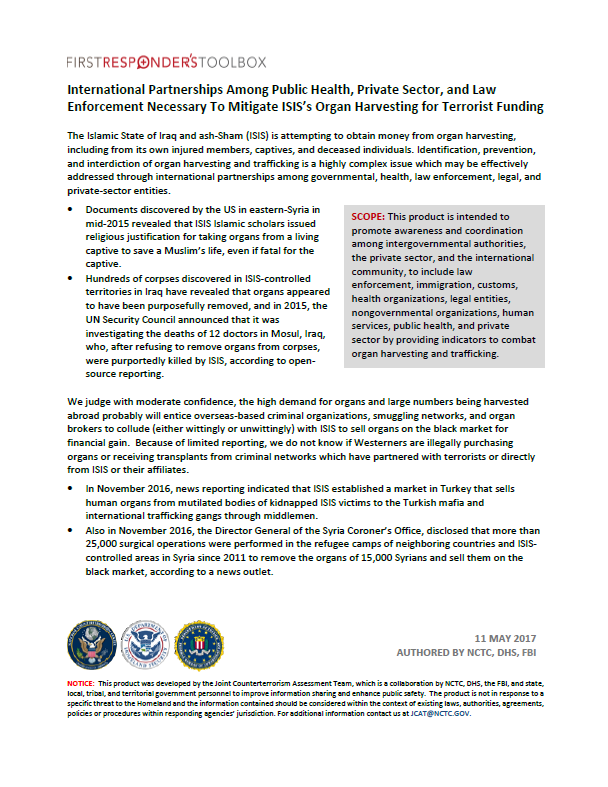 • Documents discovered by the US in eastern-Syria in mid-2015 revealed that ISIS Islamic scholars issued religious justification for taking organs from a living captive to save a Muslim’s life, even if fatal for the captive.

• Hundreds of corpses discovered in ISIS-controlled territories in Iraq have revealed that organs appeared to have been purposefully removed, and in 2015, the UN Security Council announced that it was investigating the deaths of 12 doctors in Mosul, Iraq, who, after refusing to remove organs from corpses, were purportedly killed by ISIS, according to open source reporting.

We judge with moderate confidence, the high demand for organs and large numbers being harvested abroad probably will entice overseas-based criminal organizations, smuggling networks, and organ brokers to collude (either wittingly or unwittingly) with ISIS to sell organs on the black market for financial gain. Because of limited reporting, we do not know if Westerners are illegally purchasing organs or receiving transplants from criminal networks which have partnered with terrorists or directly from ISIS or their affiliates.

• In November 2016, news reporting indicated that ISIS established a market in Turkey that sells human organs from mutilated bodies of kidnapped ISIS victims to the Turkish mafia and international trafficking gangs through middlemen.

• Also in November 2016, the Director General of the Syria Coroner’s Office, disclosed that more than 25,000 surgical operations were performed in the refugee camps of neighboring countries and ISIS-controlled areas in Syria since 2011 to remove the organs of 15,000 Syrians and sell them on the black market, according to a news outlet.

• A body of open-source reporting dating back to early 2014, indicates that ISIS is selling the organs of its captives and prisoners as a lucrative business, and the price is highly dependent on geographic location.

• In 2014, an Iraqi medical doctor based in Mosul, Iraq, reported that surgeries took place in local hospitals, and that organs were quickly transported through networks specializing in trafficking human organs. A specialized mafia is engaged in these operations, in addition to medical institutions working in other countries, according to open-source information. 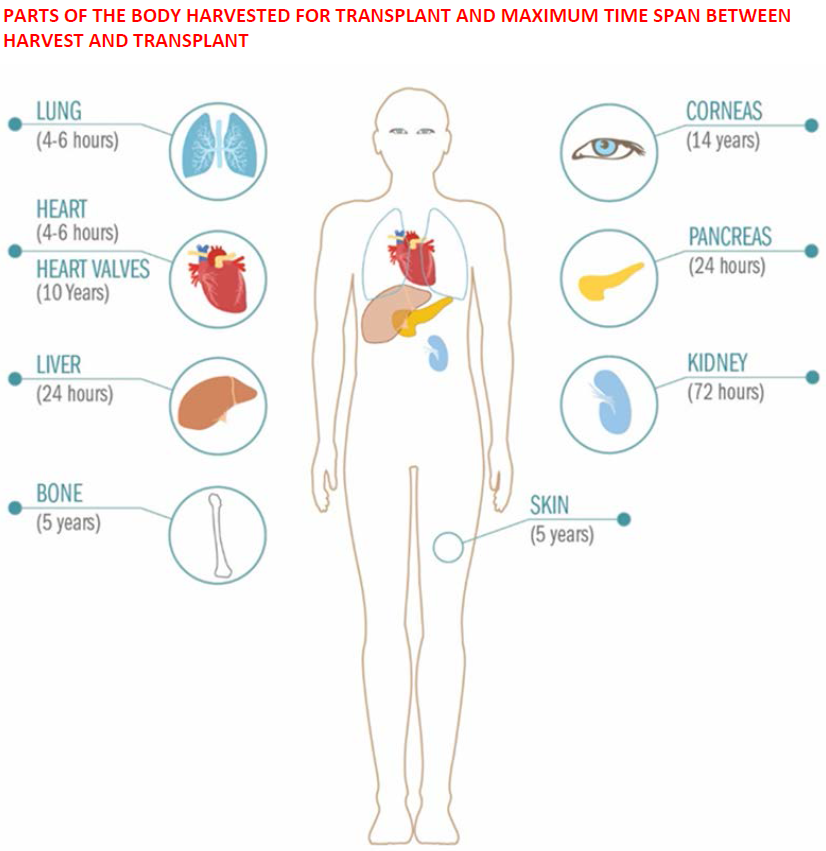