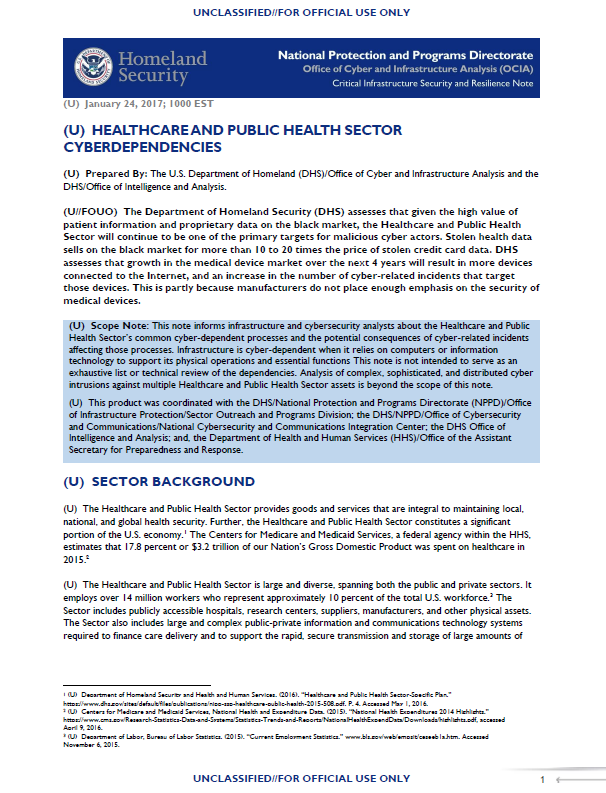 (U//FOUO) The Department of Homeland Security (DHS) assesses that given the high value of patient information and proprietary data on the black market, the Healthcare and Public Health Sector will continue to be one of the primary targets for malicious cyber actors. Stolen health data sells on the black market for more than 10 to 20 times the price of stolen credit card data. DHS assesses that growth in the medical device market over the next 4 years will result in more devices connected to the Internet, and an increase in the number of cyber-related incidents that target those devices. This is partly because manufacturers do not place enough emphasis on the security of medical devices.

(U//FOUO) On June 23, 2016, the criminal hacker group known as Armada Collective sent an email to a U.S. healthcare company based in Rhode Island threatening to conduct a DDoS attack if the company failed to pay a ransom in Bitcoin. As of mid-October 2016, State officials reported the company did not pay the ransom and a DDoS attack did occur.27

(U//FOUO) A ransomware attack in March 2016 compromised a U.S.-based hospital using an outdated server vulnerability, according to a state government official with direct access to the information. The cyber actors used administrator-level access to locate and encrypt more than 100,000 files on 4,000 systems, including 600 servers. This attack denied hospital personnel access to sensitive files for two days, according to the same reporting.28 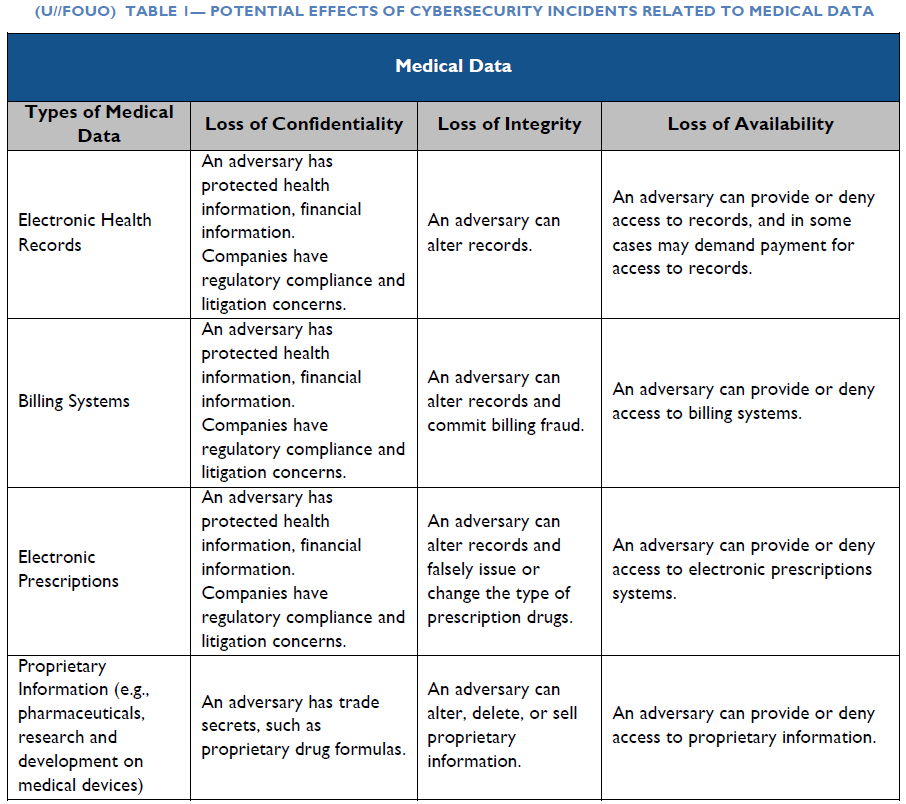