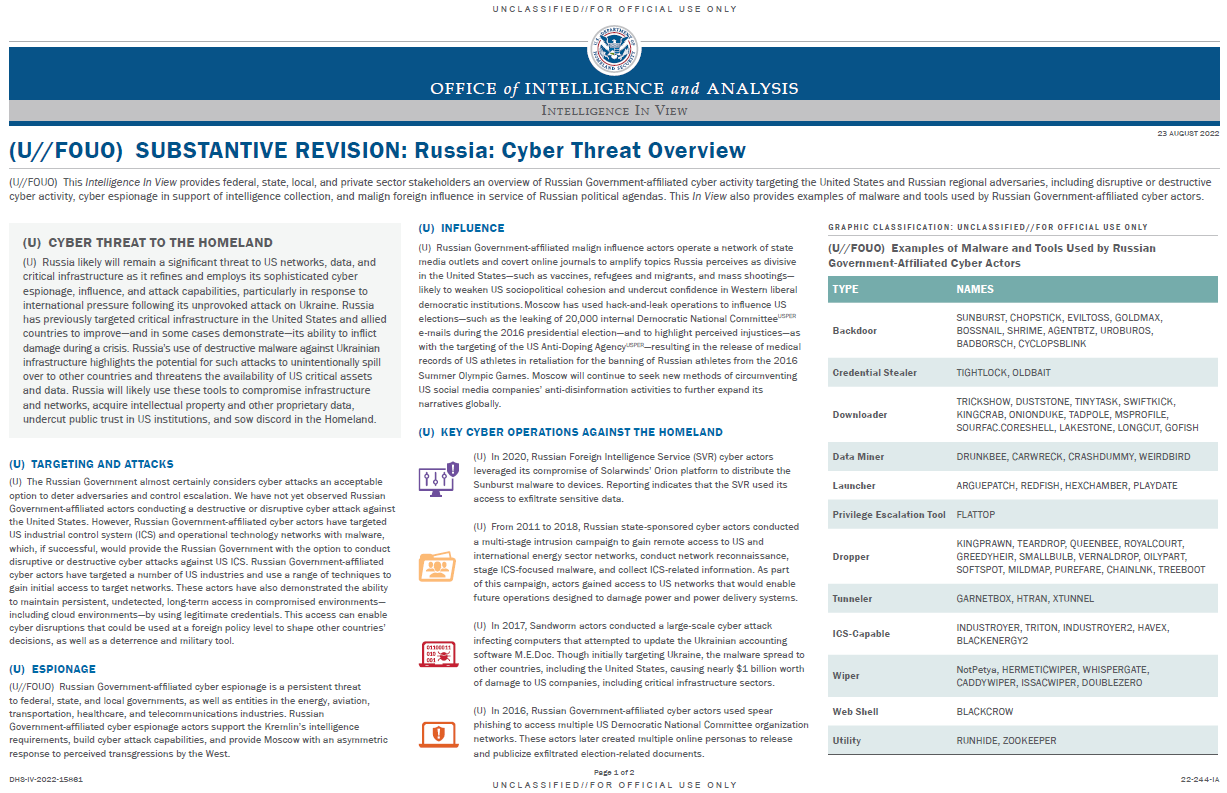 (U) CYBER THREAT TO THE HOMELAND

(U) Russia likely will remain a significant threat to US networks, data, and critical infrastructure as it refines and employs its sophisticated cyber espionage, influence, and attack capabilities, particularly in response to international pressure following its unprovoked attack on Ukraine. Russia has previously targeted critical infrastructure in the United States and allied countries to improve—and in some cases demonstrate—its ability to inflict damage during a crisis. Russia’s use of destructive malware against Ukrainian infrastructure highlights the potential for such attacks to unintentionally spill over to other countries and threatens the availability of US critical assets and data. Russia will likely use these tools to compromise infrastructure and networks, acquire intellectual property and other proprietary data, undercut public trust in US institutions, and sow discord in the Homeland.

(U) TARGETING AND ATTACKS

(U) Russian Government-affiliated malign influence actors operate a network of state media outlets and covert online journals to amplify topics Russia perceives as divisive in the United States—such as vaccines, refugees and migrants, and mass shootings—likely to weaken US sociopolitical cohesion and undercut confidence in Western liberal democratic institutions. Moscow has used hack-and-leak operations to influence US elections—such as the leaking of 20,000 internal Democratic National CommitteeUSPER e-mails during the 2016 presidential election—and to highlight perceived injustices—as with the targeting of the US Anti-Doping AgencyUSPER—resulting in the release of medical records of US athletes in retaliation for the banning of Russian athletes from the 2016 Summer Olympic Games. Moscow will continue to seek new methods of circumventing US social media companies’ anti-disinformation activities to further expand its narratives globally. 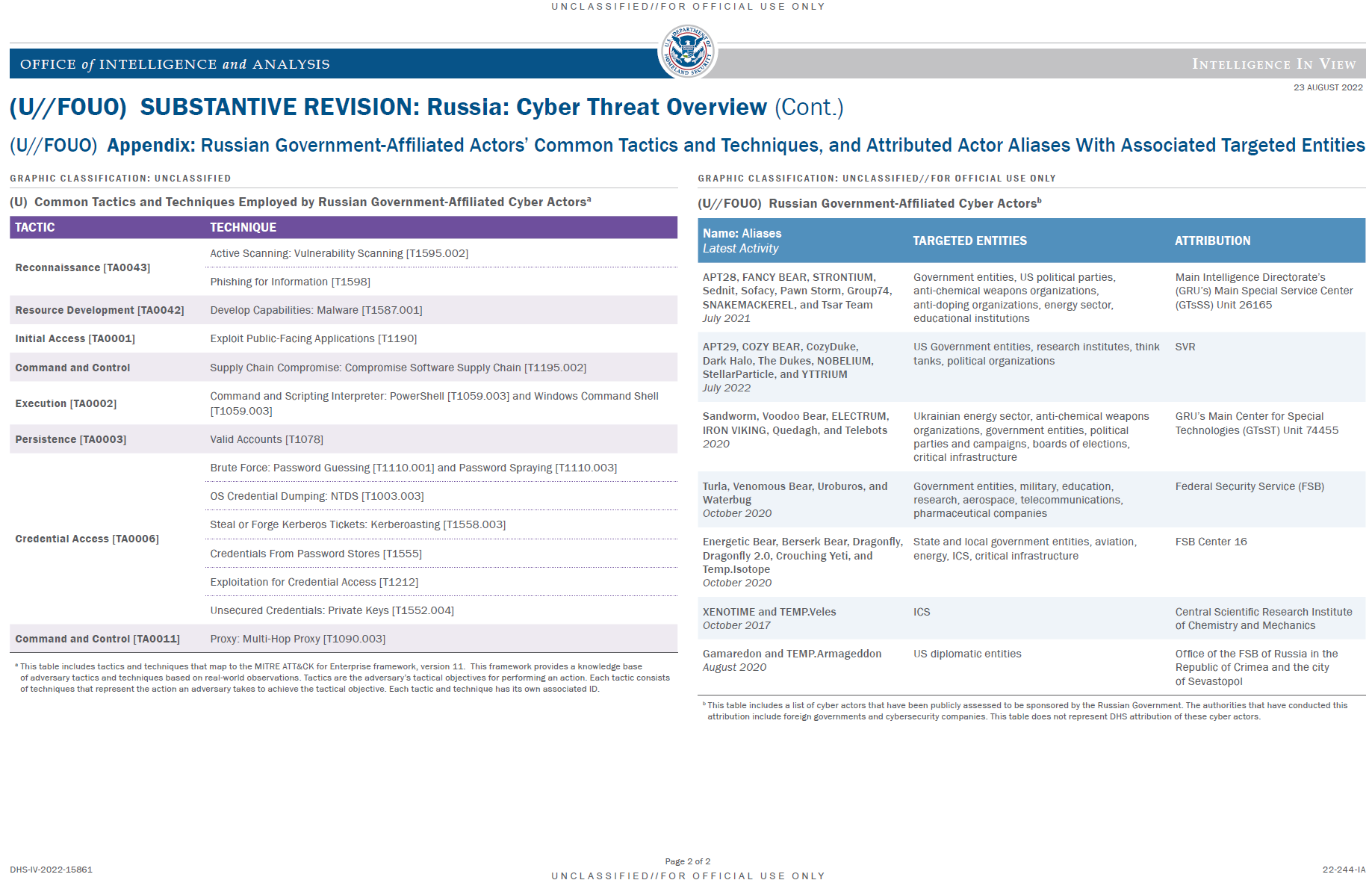