The following report was released March 6, 2012 by the Office of the Director of National Intelligence and states that approximately 16% of detainees released from Guantanamo Bay have been confirmed rejoining terrorist or insurgent causes. Thanks to Carlton Purvis for bringing this to our attention. 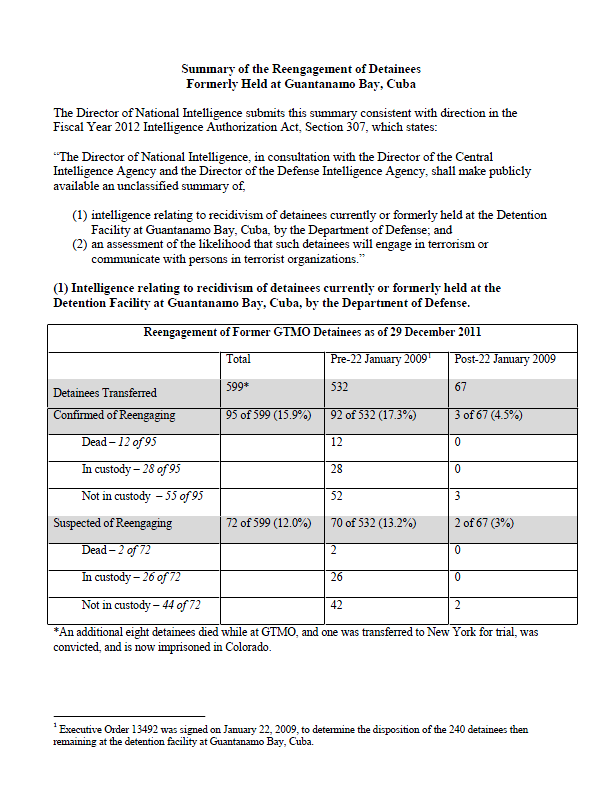 Summary of the Reengagement of Detainees Formerly Held at Guantanamo Bay, Cuba

(2) (a) An assessment of the likelihood that such detainees will engage in terrorism.

Based on trends identified during the past 9 years, we assess that if additional detainees are transferred without conditions from GTMO, some will reengage in terrorist or insurgent activities. Posing a particular problem are transfers to countries with ongoing conflicts and internal instability as well as active recruitment by insurgent and terrorist organizations.

(2) (b) An assessment of the likelihood that such detainees will communicate with persons in terrorist organizations. 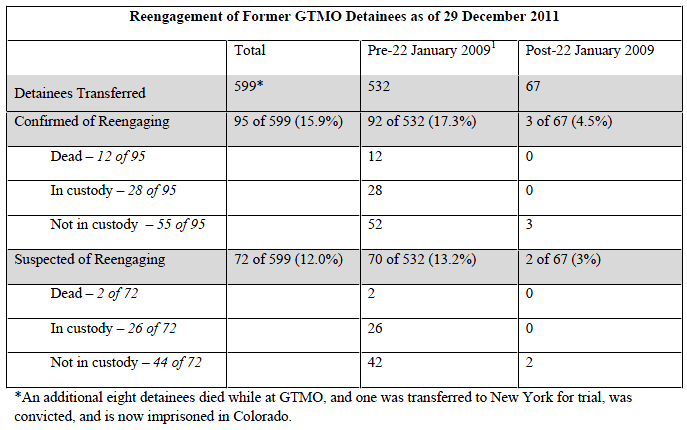