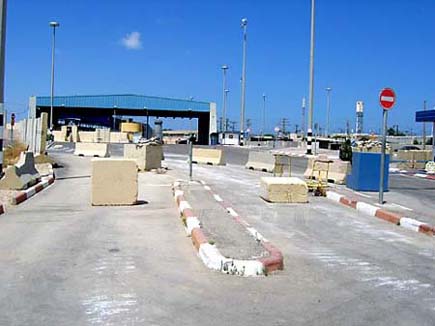 The Erez Crossing (מעבר ארז‎) is a civilian entry point into the Gaza Strip.  It consists of a series of large concrete building and caged corridors which function as a pedestrian/cargo terminal on the Israeli Gaza Strip barrier, located in the northern end of the Gaza Strip.  It is part of a complex formerly including the Erez Industrial Park.  The crossing is currently restricted to Arab residents under the jurisdiction of the Palestinian Authority and to Egyptian nationals or international aid officials only.  The complex reportedly cost more than $35 million to construct. 1

The crossing is largely unused as Israel prohibits the vast majority of Gazans from coming out, and almost no one from Israel goes in. These days, many simply call the high-tech crossing point the “terminal to nowhere”—a costly icon to the region’s stagnant political process.2

A sign at the entrance to the passage says in faulty Arabic: Continuing with violence results in the withholding of ease of access and luxury for the people. The Israelis are on the scene through remote control. When a person exiting from Gaza approaches the turnstile, a disembodied voice tells him or her to drop bags to the floor, to lift up clothes, turn around, etc.  A piece from McClatchy Newspapers describes the screening process:

To prevent attacks, Israel has made it so that Gazans using the Erez crossing terminal have no direct contact with an Israeli until they reach a passport control booth at the very end. Before that, they pass through an elaborate series of steel gates, metal turnstiles, narrow passageways, advanced body scanners, identity checks and remote-controlled doors. A team of Israeli security officials lodged behind a protected bank of windows monitor the process from their second-floor offices.

First, there is a sixth of a mile walk through a long, dingy tunnel of concrete blast walls, topped with a corrugated metal roof. At the end is the first Israeli barrier—a remote-controlled metal turnstile set in a tall metal fence.

Once through it, the visitor faces a thick steel door. That door opens onto a covered outdoor passageway monitored by a series of surveillance cameras. Travelers then confront a group of sliding steel doors set in towering blast walls that mark the entrance to the new terminal. Using external cameras, guards inside decide when to open the doors.

Next, travelers encounter a metal detector, then a second remote-controlled turnstile that leads to yet another bank of turnstiles. Here is where travelers have their first face-to-face contact—with a Palestinian worker manning the luggage check.

People are required to put all their luggage on a metal detector, which funnels the baggage to unseen security guards for possible hand checks.

Travelers then are buzzed through a glass door and enter the crossing’s most sophisticated security check: an advanced body screener created by a California company.

The scanner is so sensitive, officials say, that it creates a complete holographic image of the traveler and allows the screener to see even a tissue or penny stuck in a pocket.

Travelers step into the scanner through a plastic portal and raise their hands above their heads. The translucent plastic doors close and a scanner whizzes around them in a complete circle.

The scanner’s manufacturer, L-3 Communications Inc., declined to discuss its work with Israel, though an official indicated that the company has fine-tuned the process so that, in theory, body images that Israeli security guards see wouldn’t be sharp enough to offend modest Muslim culture.

The company said that the machine’s radiation is less than what one is exposed to using a cell phone.

After the body scan, two more remote-controlled glass doors lead to the baggage claim area, where luggage often emerges with a note indicating that it has been examined by unknown inspectors.

Once travelers claim their luggage, it’s off through another turnstile and onto passport control, where inspectors sit in enclosed booths with thick, blast-proof windows.

One last turnstile, and travelers emerge into the parking lot in Israel, from which they go on their way. The process has taken them through nearly two dozen gates, scanners, doors and turnstiles.

“The worst thing is that you begin to think it is normal to live like this,” said Munir Badran, a Palestinian from the West Bank who travels to the Gaza Strip to visit his fiancee. “It’s not a normal life.”3 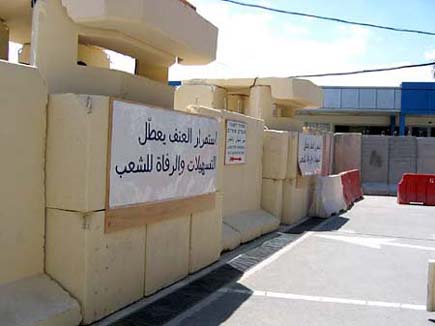 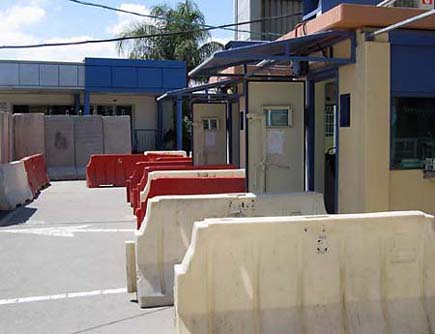 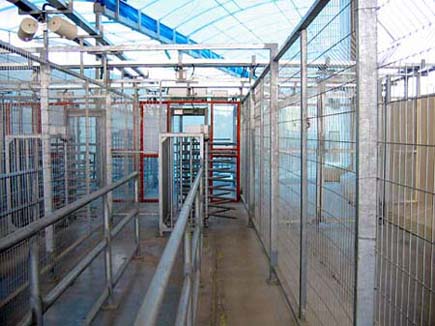 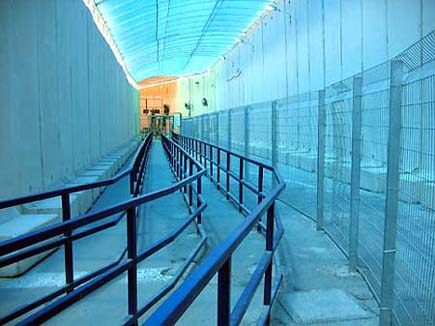 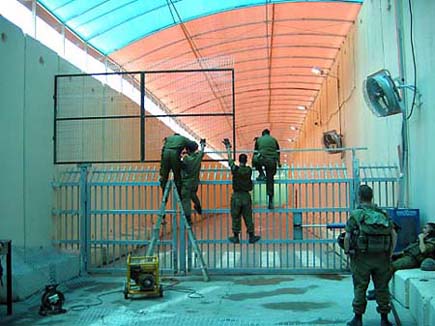 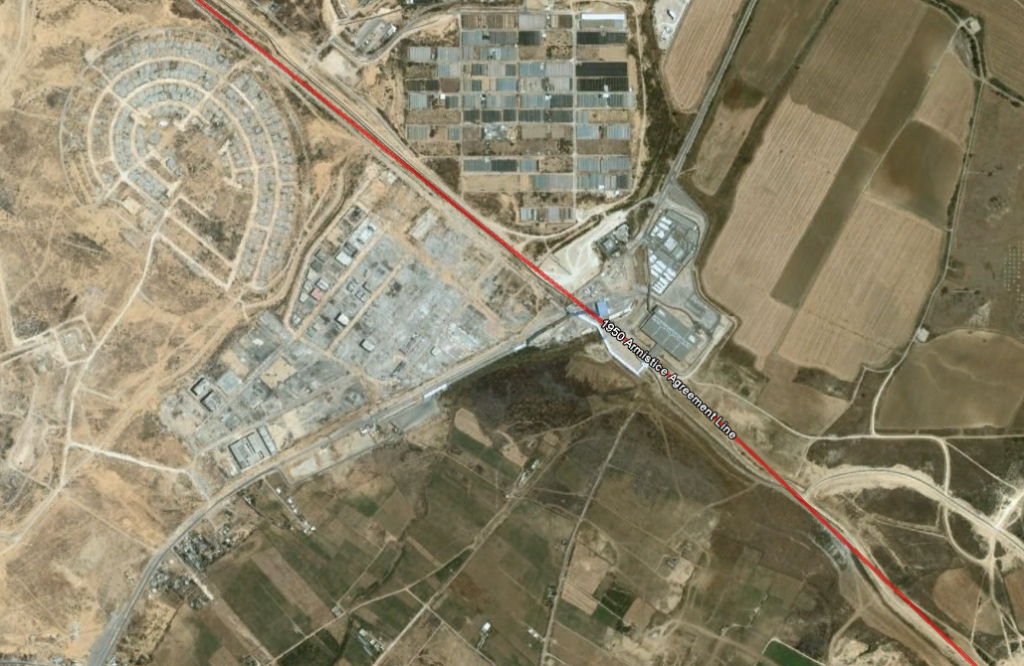 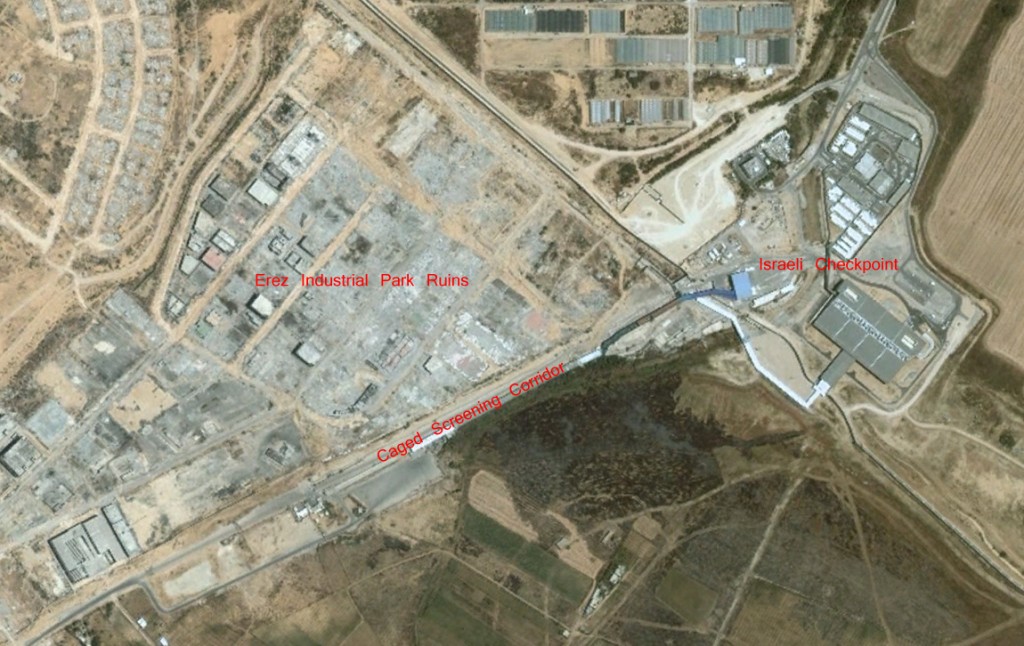 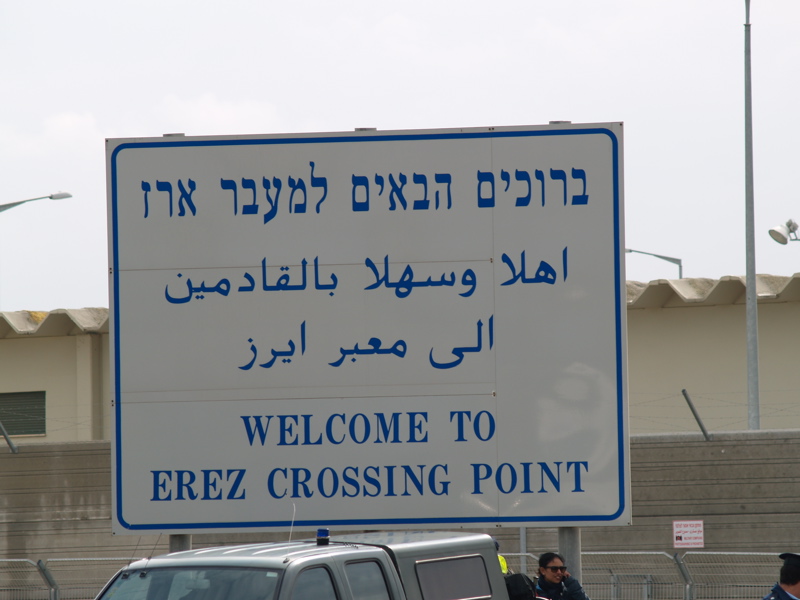 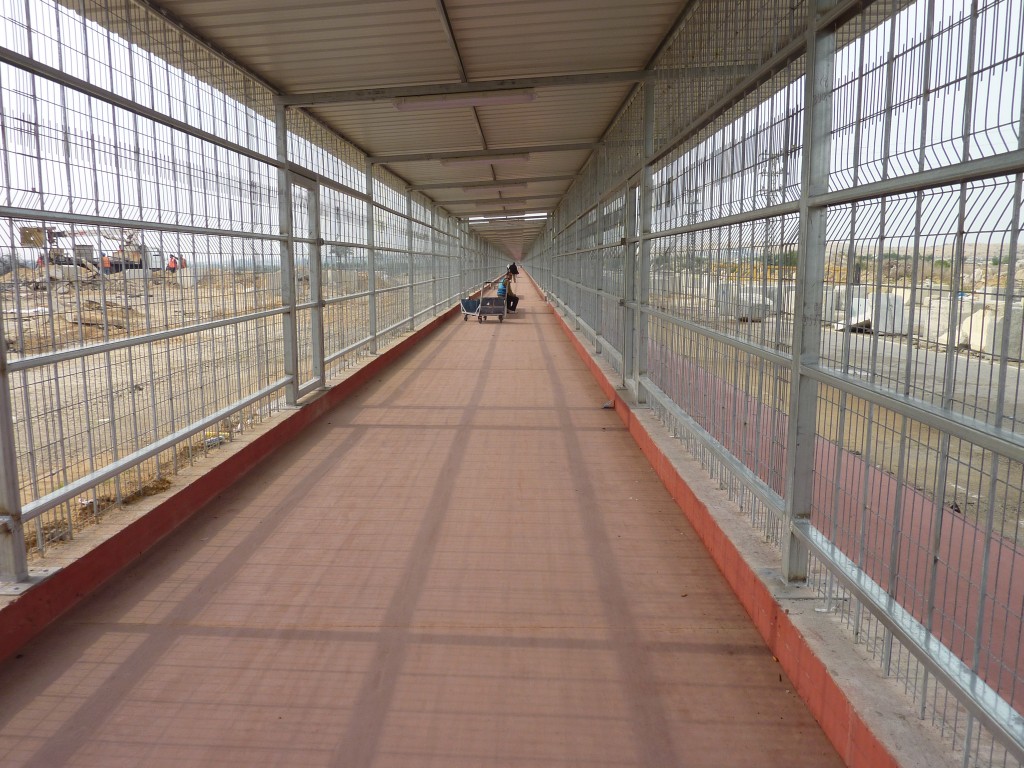 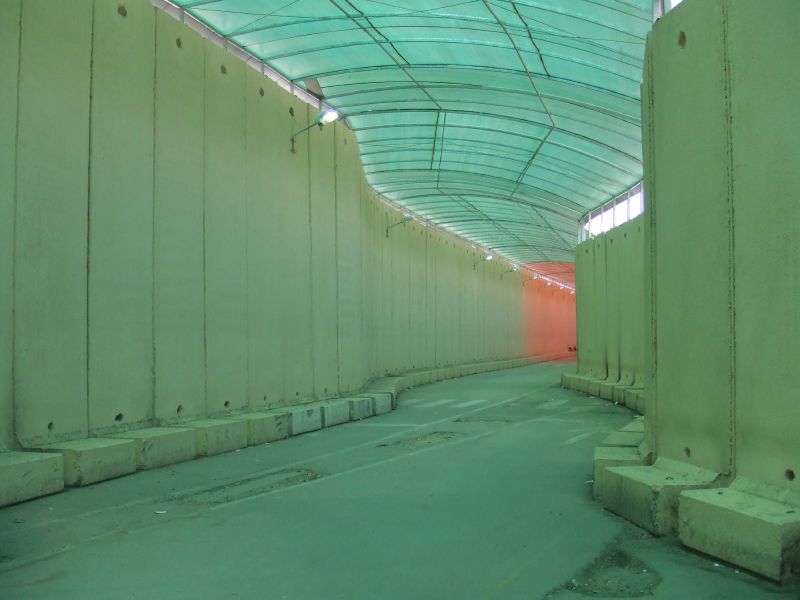