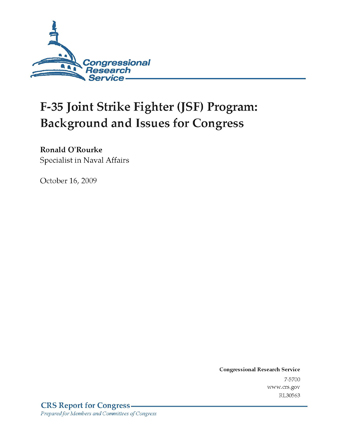 Summary
The administration’s proposed FY2010 defense budget requests about $10.4 billion in research and development and procurement funding for the F-35 Joint Strike Fighter (JSF) program. The proposed FY2010 budget would fund the procurement of 10 F-35As for the Air Force, 16 F-35Bs for the Marine Corps, and four F-35Cs for the Navy.