FBI Report: Active Shooter Incidents in the United States in 2016 and 2017 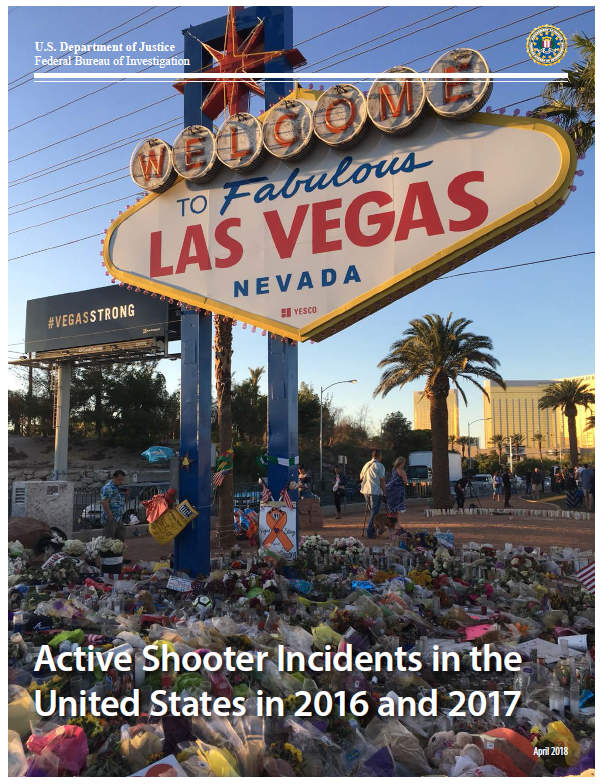 Active Shooter Incidents in the United States in 2016 and 2017

As with past FBI active shooter-related publications, this report does not encompass all gun-related situations. Rather, it focuses on a specific type of shooting situation. The FBI defines an active shooter as one or more individuals actively engaged in killing or attempting to kill people in a populated area. Implicit in this definition is the shooter’s use of one or more firearms. The active aspect of the definition inherently implies that both law enforcement personnel and citizens have the potential to affect the outcome of the event based upon their responses to the situation.

This report supplements two previous publications: A Study of Active Shooter Incidents in the United States Between 2000 and 20132 and Active Shooter Incidents in the United States in 2014 and 2015. The methodology articulated in the 2000-2013 study was applied to the 2016 and 2017 incidents to ensure consistency. Excluded from this report are gang- and drug-related shootings and gun-related incidents that appeared not to have put other people in peril (e.g., the accidental discharge of a firearm in a bar). Analysts relied on official law enforcement investigative reports (when available), FBI holdings, and publicly available resources when gathering data for this report. 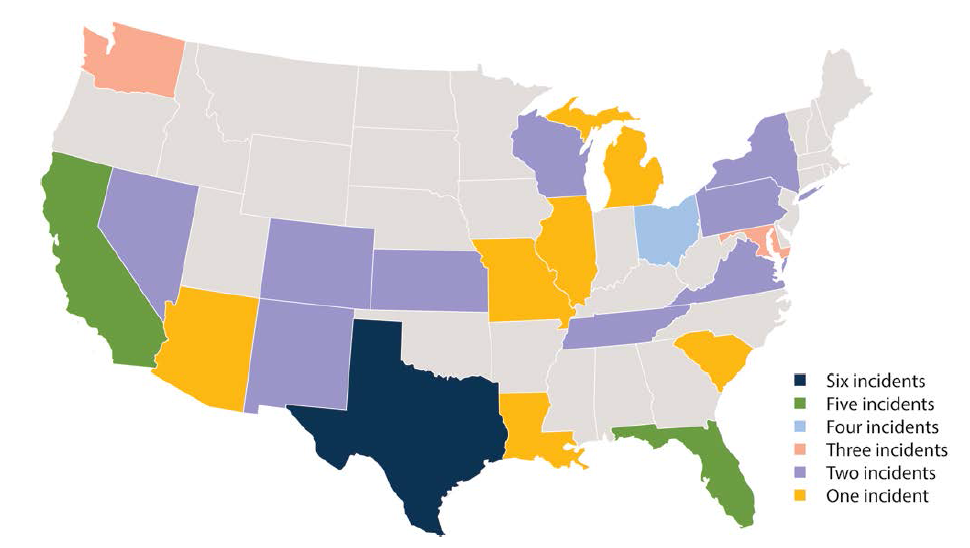 Law enforcement officers exchanged gunfire with the shooter at the scene of 14 incidents. They sustained casualties in eight of those incidents.