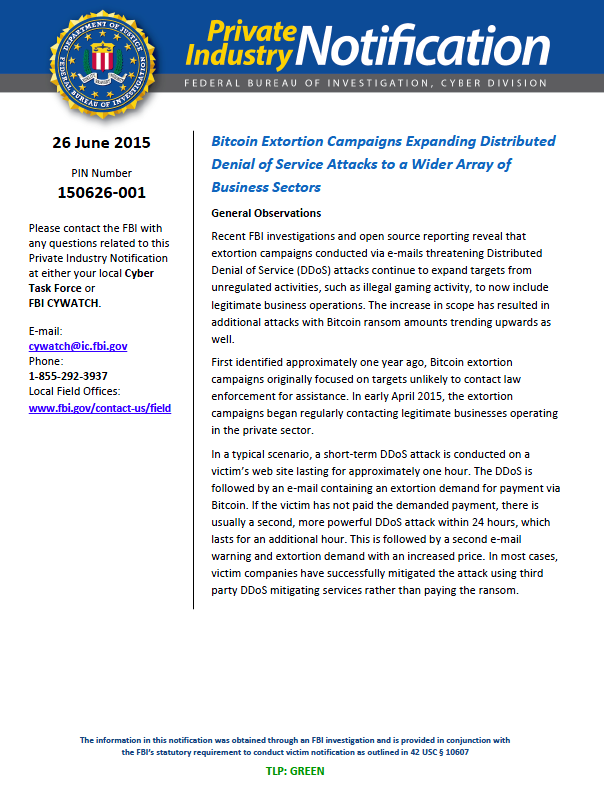 In a typical scenario, a short-term DDoS attack is conducted on a victim’s web site lasting for approximately one hour. The DDoS is followed by an e-mail containing an extortion demand for payment via Bitcoin. If the victim has not paid the demanded payment, there is usually a second, more powerful DDoS attack within 24 hours, which lasts for an additional hour. This is followed by a second e-mail warning and extortion demand with an increased price. In most cases, victim companies have successfully mitigated the attack using third party DDoS mitigating services rather than paying the ransom.