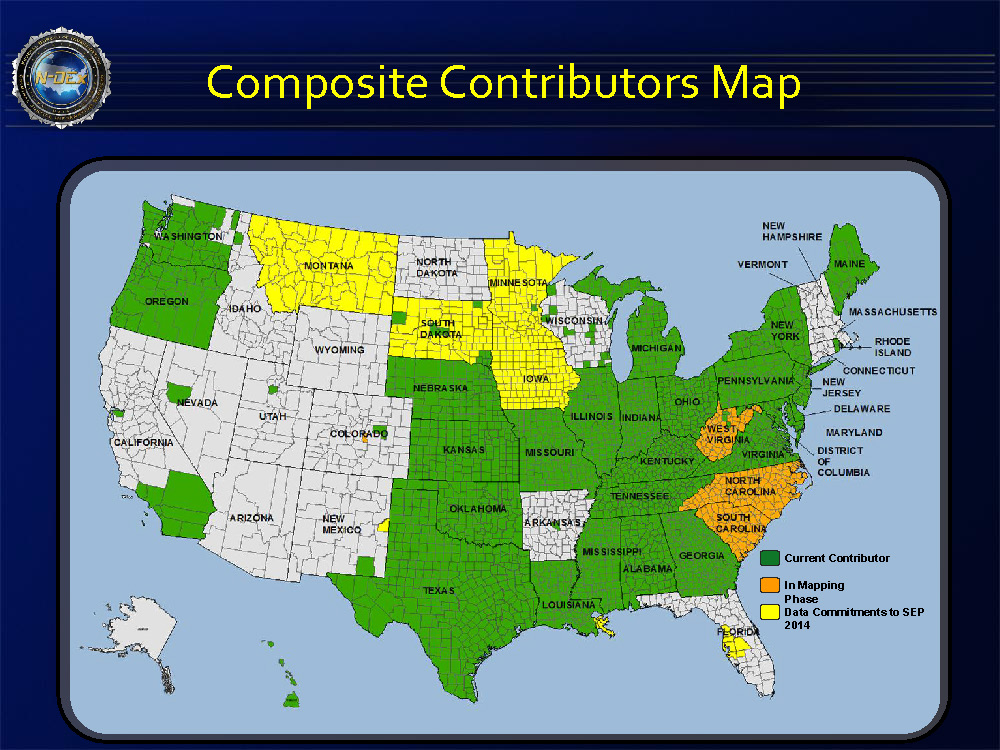 A slide from a February 2014 presentation showing the combined state and local contributors to the National Data Exchange (N-DEx).

The FBI describes N-DEx as “a mechanism for sharing, searching, linking, and analyzing information across jurisdictional boundaries” including “incident and case reports, booking and incarceration data, and parole/probation information.”  Sypherlink, contractor involved in implementing N-DEx data sharing around the country, describes the system as being able to detect “relationships between people, vehicle/property, location, and/or crime characteristics.”  Slides from the February 2014 N-DEx presentation indicate that at least 34 states are contributing data to the system with Texas, Arkansas, California, Virginia and Tennessee each providing at least ten million records.  Texas has contributed more than any other state, adding more than 68 million records to the system, nearly three times its nearest competitor.  Federal agencies have added another 23 million records to the system.  According to an updated listing of N-DEx data contributors listed in the presentation, federal and state contributions amount to more than 191 million records in total.  However, other slides in the presentation brag that their are “approximately 223 million records” on “nearly 2 billion entities” stored in N-DEx.  It is unclear where the more than 30 million records not contributed by states and federal agencies listed in the presentation are obtained from.

A privacy impact assessment issued by the FBI in January 2007 stated that “during initial deployment” it was “estimated that the number of records in the N-DEx may be approximately 30-35 million records.”  In an article for Police Chief Magazine, a N-DEx “outreach liaison” stated that the system had “more than 145 million records” in November 2012 and “one billion searchable entities.”  N-DEx program manager Michael Haas stated in a October 2013 interview with Computer World that he hoped future developments will make the system a “gateway for access to other CJIS databases, including the division’s Next Generation Identification system, an updated version of its Integrated Automated Fingerprint Identification System database that contains wanted lists and arrest warrants, criminal histories, fingerprints, palm prints, facial images and other biometric data used for identification purposes.”  The FBI Next Generation Identification system, which has been in development for several years, promises to offer law enforcement around the country the ability to use facial recognition software and other tools to automatically search through vast troves of biometric data to identify suspects and conduct investigations.  Haas also said that the growth of the system has been expanding because CJIS has encouraged “states to submit records from prosecutions, court records, corrections, probation and other related areas” so that in addition to the “incident information” already added to the system, N-DEx will begin to obtain more data over time on “pretrial investigations, warrants, supervised release details, citations, field interviews and incarceration information.” 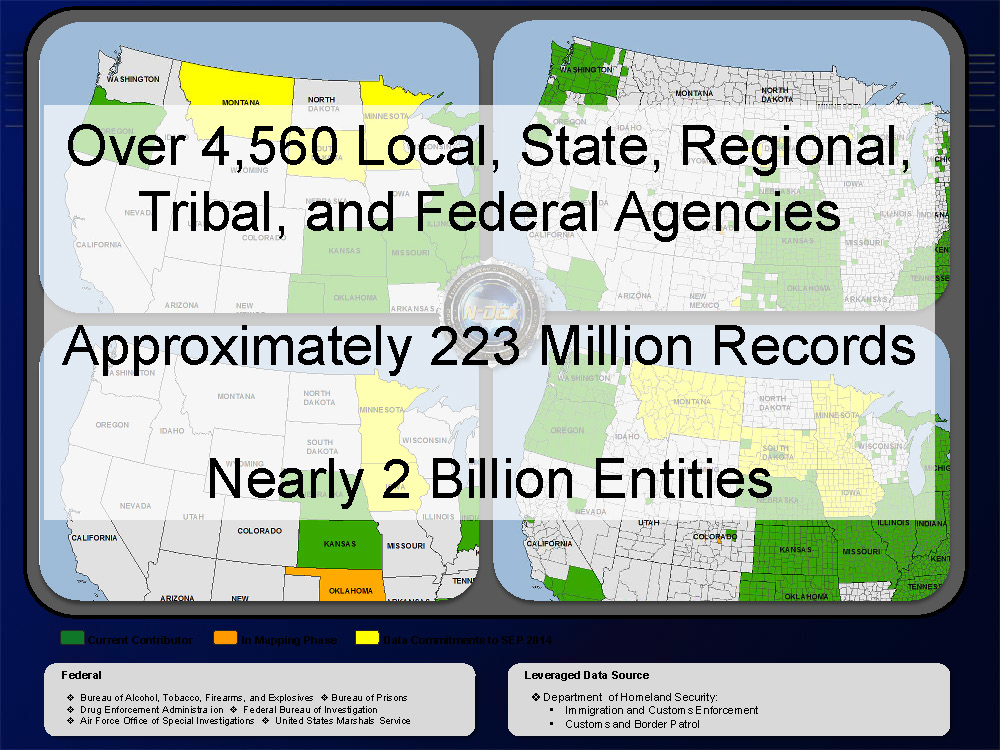 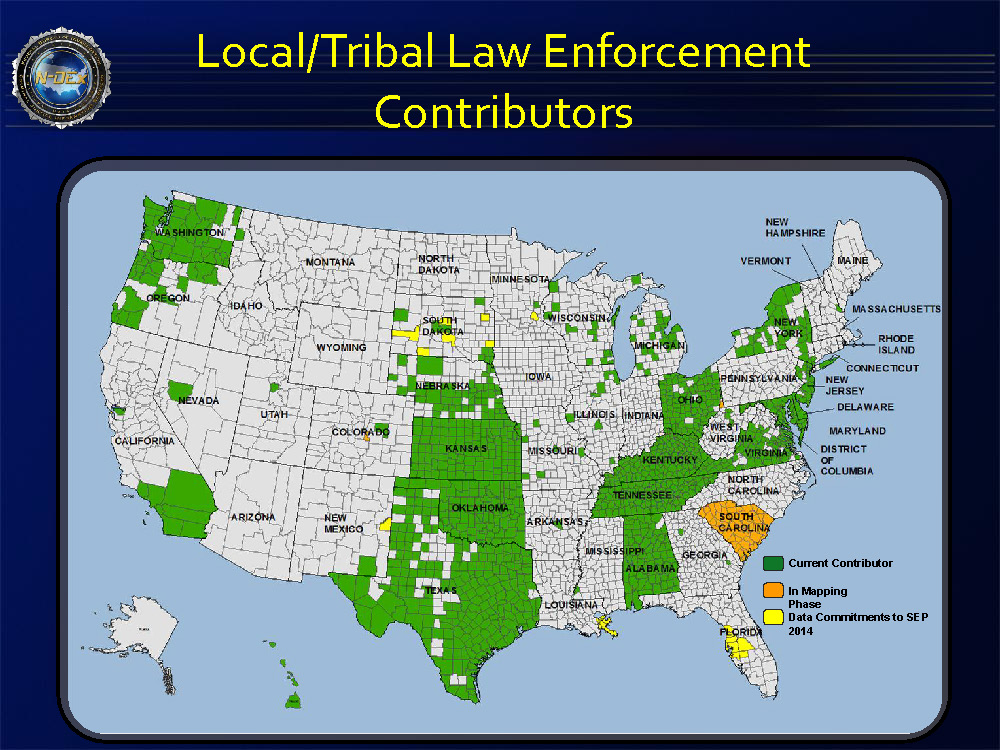 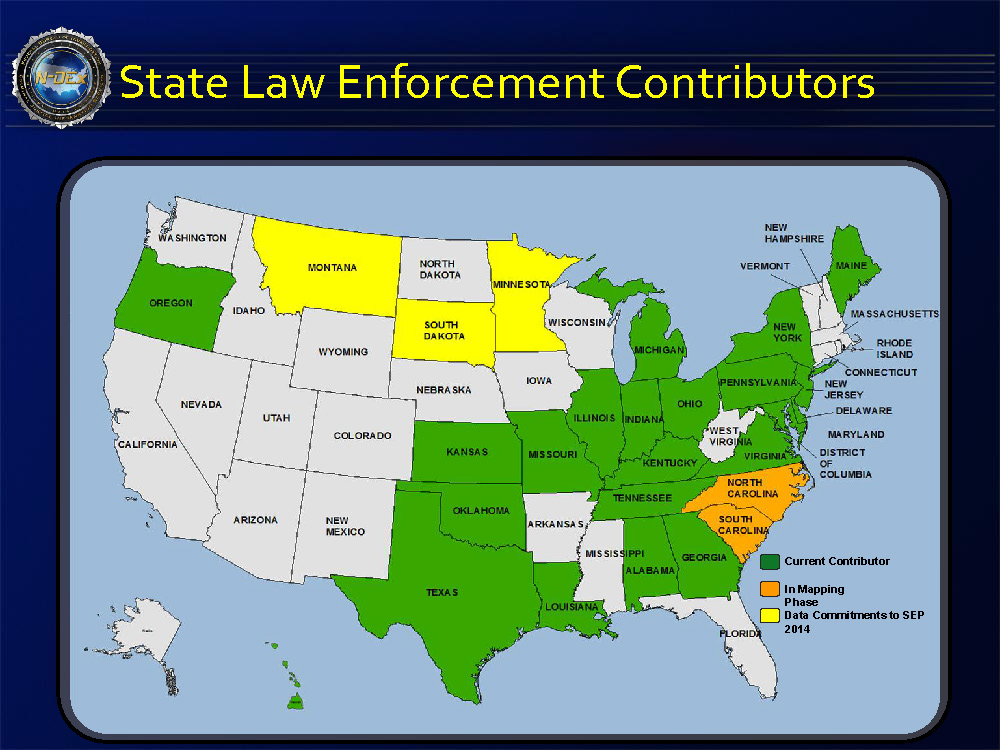 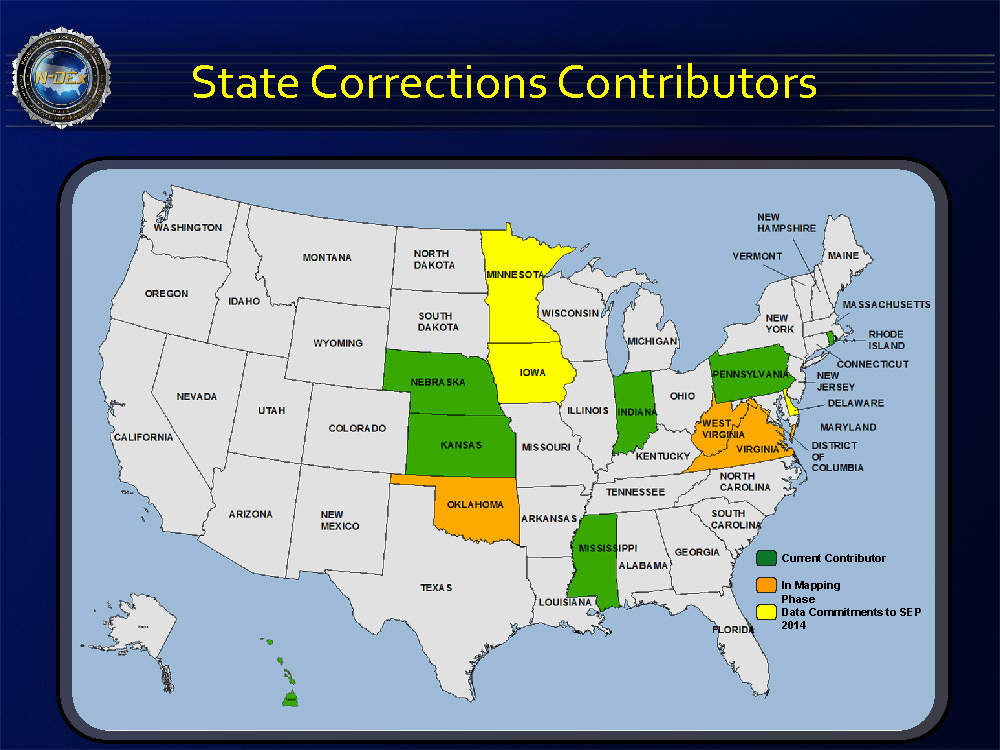