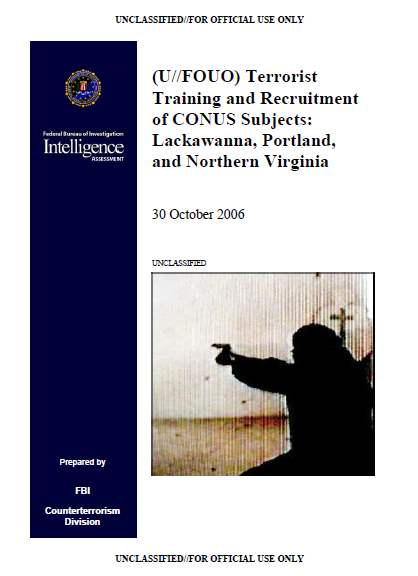 (U//FOUO) This assessment addresses the Terrorism (TERR) topic of the NIPF and the following FBI International Terrorism intelligence requirements: IT I.B.2-4; IT II.B.1.

(U//FOUO) This assessment is not a comprehensive account of terrorist training by CONUS subjects. It compares and contrasts these cases in order to illustrate the various ways CONUS subjects could be drawn into extremist circles and seek terrorist training in the United States and abroad. The information contained in this assessment is primarily derived from FBI case files and open source information and is current as of 25 October 2006.

(U) The Recruitment Process