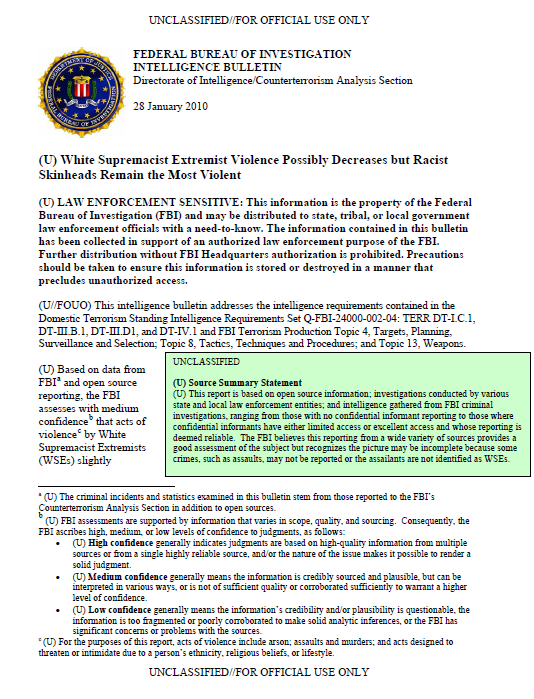 (U) Based on data from FBI and open source reporting, the FBI assesses with medium confidence that acts of violence by White Supremacist Extremists (WSEs) slightly decreased between 1 January 2007 and 31 October 2009. As the majority of incidents involved racist skinheads, the FBI assesses with high confidence this element is the most violent in the WSE movement. Much of the violence has been against ethnic, religious, government, and law enforcement targets in furtherance of racial views, but violence has also occurred against other WSEse or non-WSE whites.

(U) Law enforcement and media reporting indicates WSEs were involved in 53 acts of violence during the review period.f Twenty-three incidents (43 percent) occurred in 2007, 19 (36 percent) in 2008, and 10 (21 percent) in 2009. The acts of violence were directed primarily at African Americans, other WSEs, and Latinos, in that order; more acts occurred in the western United States than in the east; and racist skinheads accounted for the majority of the violence.

(U) The number of assaults by WSEs fell by almost 50 percent by October 2009, but assaults still outpaced all other acts of violence in the review period. Likewise, the total number of incidents of WSE violence fell by nearly half from 2007 to 2009. The percentage of WSE-related violent acts perpetrated by racist skinheads decreased from 2007 to 2008—from 69 percent (16 of 23 incidents) to 58 percent (11 of 19 incidents)—but increased in 2009 to 82 percent (nine of 11 incidents). The latter can be partially attributed to incomplete statistics for 2009, but may also be linked to the overall drop in violence in the WSE movement. The FBI assesses with medium confidence the decline in violent acts could be:

• a consequence of increased law enforcement scrutiny of violence-prone WSE groups;
• because the more violent WSEs are already in prison; or
• because persons who have committed past acts of violence have left the WSE movement.

(U) A more complete data set for 2009 and future years will assist in determining whether the decline in both the number of assaults and the overall number of incidents is the start of a new trend of less violence or an aberration.

(U) The fact that two incidents in 2009 were allegedly committed by lone offenders is troubling and could be the onset of a new phase of WSE violence. The FBI considers the lone offender a primary concern within the WSE movement.

• (U) An 88-year-old white male with white supremacist sympathies allegedly opened fire at the United States Holocaust Memorial Museum, killing an African American security guard.1
• (U) In January 2009, a self-avowed white supremacist and lone offender allegedly murdered two people and raped and attempted to murder a third in Brockton, Massachusetts. All the victims were non-whites.2

(U) African Americans, Latinos, and WSE Associates Are Most Targeted Elements By WSEs 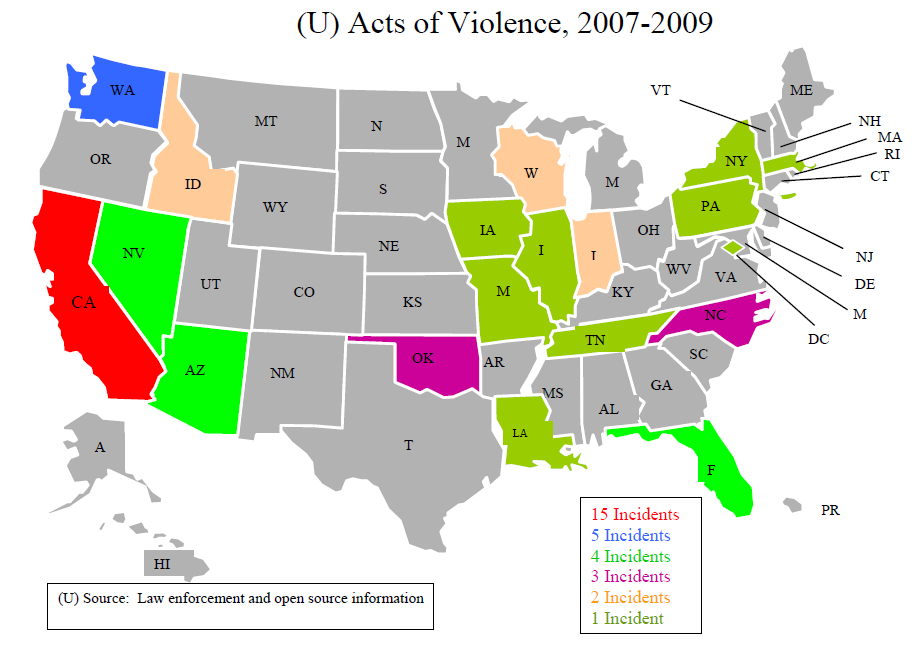 (U//FOUO) Acts of violence by WSEs are expected to continue for the foreseeable future. Much of the violence is spur-of-the-moment attacks against targets of opportunity. Because of this, the total number of attacks may vary from year to year, and the number of assaults and murders may fluctuate. WSEs could use sociopolitical and economic conditions to justify attacks against targets based on ethnicity, religion, or other factors. WSEs are unlikely to carry out sophisticated, multiple-casualty attacks, although the possibility cannot be entirely dismissed. Racist skinheads will likely continue to be the single WSE element most likely to commit an assault, while lone offenders will remain the most difficult to detect and counter. 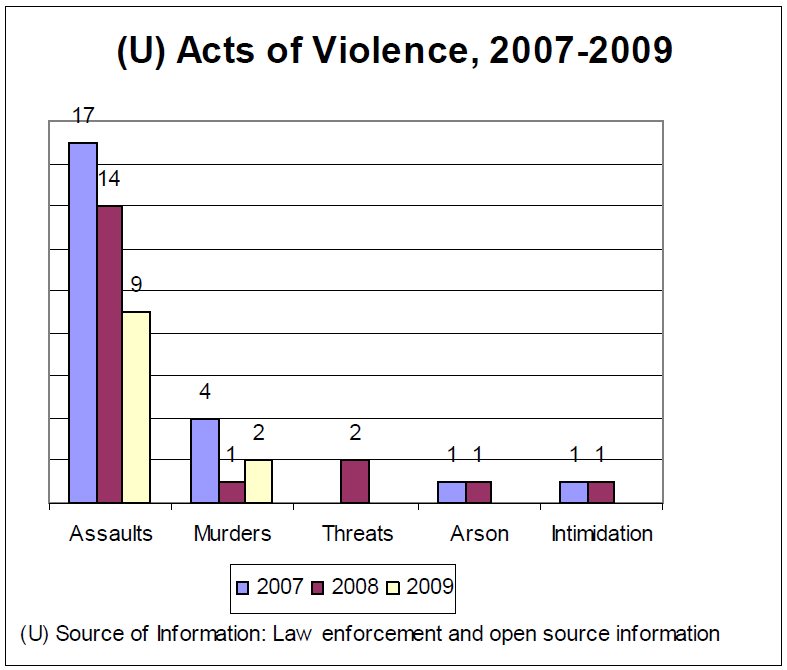