The following document was released by the Federal Reserve in November 2012 under their International Finance Discussion Papers program. 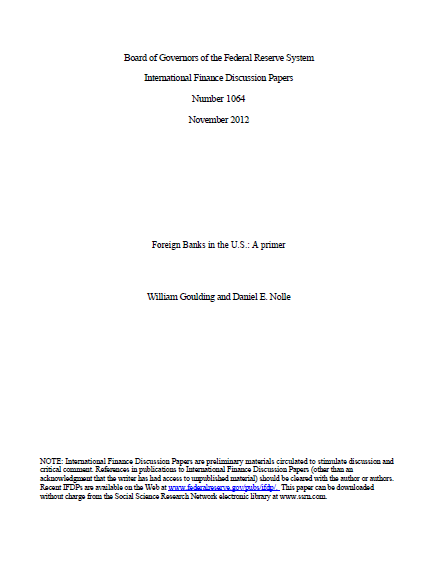 Foreign Banks in the U.S.: A primer

This paper describes the foreign banking landscape in the United States. It begins by establishing a vocabulary for discussion of the subject, and then identifies a number of important data-related issues. With that information in hand, the remainder of the paper focuses on identifying the most important underlying trends on both sides of the balance sheets of foreign-owned banks’ U.S. operations. At each step, the investigation considers how foreign-owned banks compare to U.S.-owned domestic banks, and how two types of foreign banks operations in the U.S. — branches and agencies of foreign banks (FBAs), and foreign-owned subsidiary banks (FSUBs) — compare to each other. The banking sector in the U.S. experienced substantial swings in performance and stability over the decade surrounding the 2008-2009 financial crisis and changes in every major dimension of foreign-owned banks’ assets and liabilities were even larger than for domestic banks. Changes were especially large at FBAs. For example, cash balances came to dominate the assets side of FBAs’ aggregate balance sheet, with the absolute level of cash balances larger than those of domestic U.S. banks beginning in 2011, despite the fact that total assets of domestic U.S. banks are five times the assets of FBAs. Further, the recent unprecedented build-up of cash balances by FBAs was almost entirely composed of excess reserves. Changes in FBAs’ liabilities-side activities have also been large, with much funding coming from large wholesale deposits and net borrowing from their foreign parents and related offices abroad. 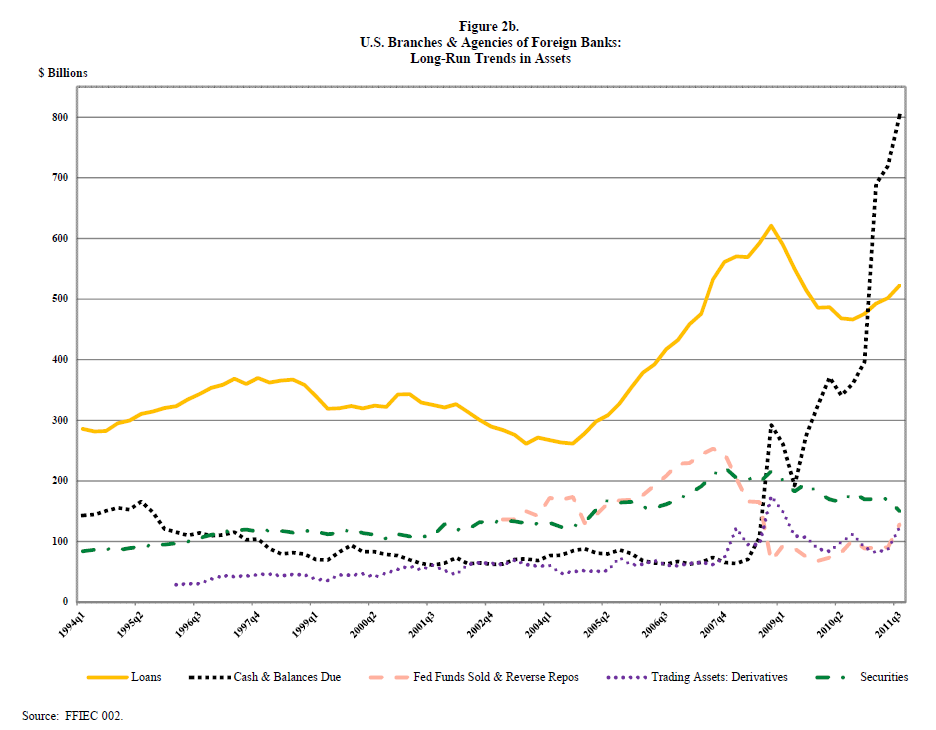 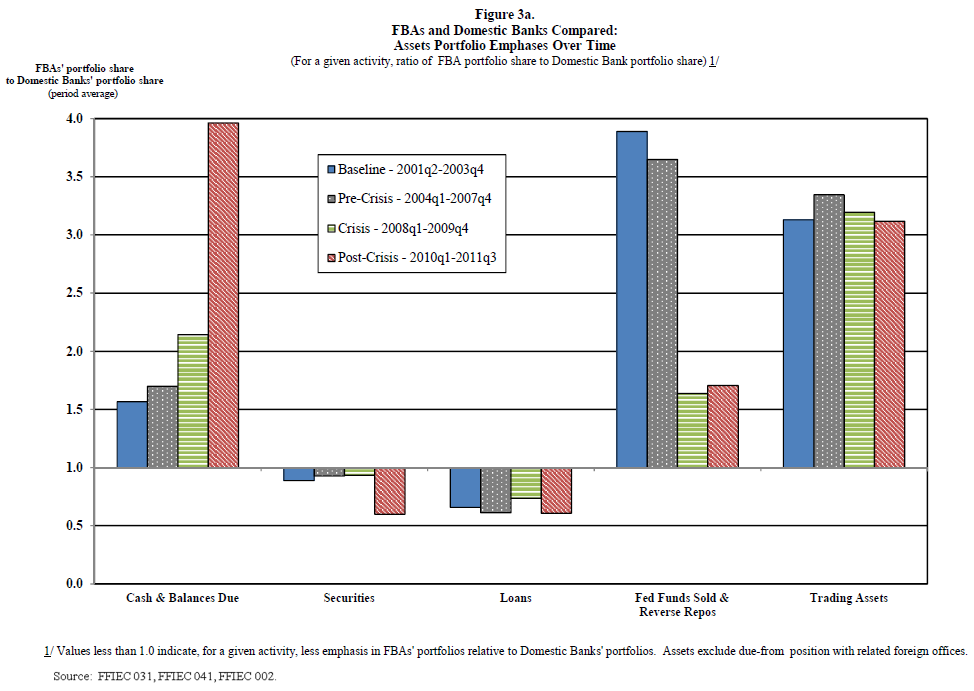