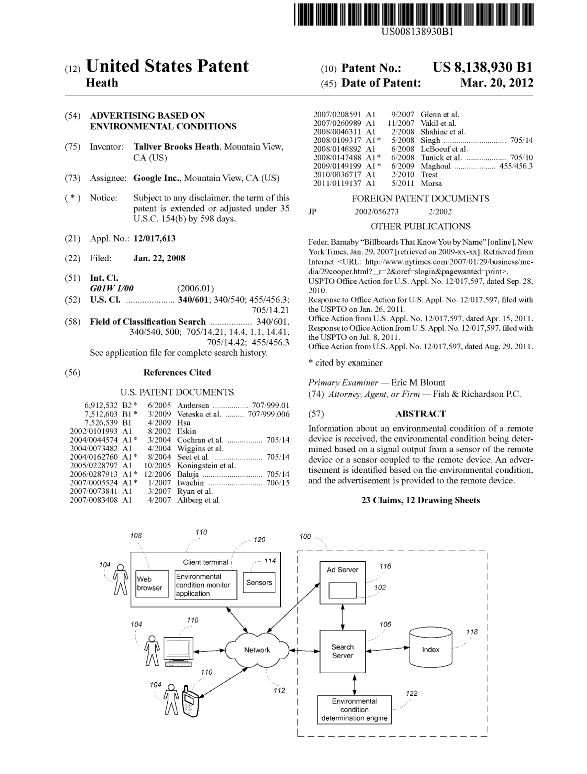 ADVERTISING BASED ON ENVIRONMENTAL CONDITIONS

This document describes a system for allowing advertisers to target on-line advertisements based on environmental factors of end users. When determining what ads to serve to end users, the environmental factors can be used independently or in combination with matching of keywords associated with the advertisements and keywords in user search queries. A web browser or search engine located at the user’s site may obtain information on the environment (e.g., temperature, humidity, light, sound, air composition) from sensors. Advertisers may specify that the ads are shown to users whose environmental conditions meet certain criteria. For example, advertisements for air conditioners can be sent to users located at regions having temperatures above a first threshold, while advertisements for winter overcoats can be sent to users located at regions having temperatures below a second threshold.