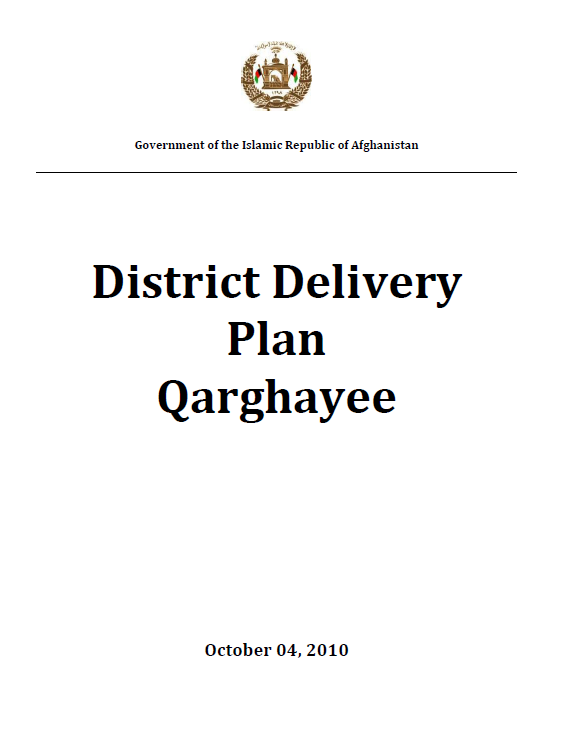 Government of the Islamic Republic of Afghanistan

Qarghayee is relatively secure area of Laghman province, being 98% is under government control with the exception of some remote areas such as Tour Ghar, Trager, Zengoor, Shade Bagh , Chon Gay and China Ray. Within these areas insurgents is a potential threat against government actions.

The total population of the district is 324500 people living in 139 large villages and 500 smaller settlements. The District Development Assembly is active at the local level with a total membership of 16 people. There is also a tribal shura present with a membership of 65 people from different tribes of Qargahaee. The ulema shura has 15 members, all of which religious elders with good reputations within their communities.

There is also a youth association with 16 members who represent the interests and aspirations of their demographic within the district. The Gul Pacha Ulfat Cultural center is open to the young generation and hosts scientific sessions and seminars.

There is a wide range of NGOs working in Qarghayee, including USAID, IRD, PRT, MADERA, DACAAR, SC and others. A micro power plant has been constructed with the help of PRT, but due to the small output the electricity is not sufficient for the office of governor compound, mandating augmentation with a diesel generator. The District Compound has been constructed by ASP and has sufficient space for the staff. Qarghayee has 10 staff members based on the approved tashkeel. From these 10, 7 are officers and 3 are Ajeers.

The security situation in Qarghayee is stable. There have been minor levels of violence that are generally seen to be more criminal in nature. Insurgent activity in the District has been virtually non-existent. Government security forces are fairly well trained and actively patrol in all urban areas of the District. They are able to respond to incidents in other areas.

There is Freedom of Movement for the general population and civil servants throughout the District. The District Government is able to conduct their activities in a normal manner. The population conducts their daily activities free of intimidation and is able to serve in GIRoA or coalition provided jobs. Conditions are ideal for full implementation of the District Delivery Program. Increased numbers of civil servants and improved basic services provided by the District Delivery Program will improve the population’s perception of their government and enable the improved security situation to take a firmer hold. 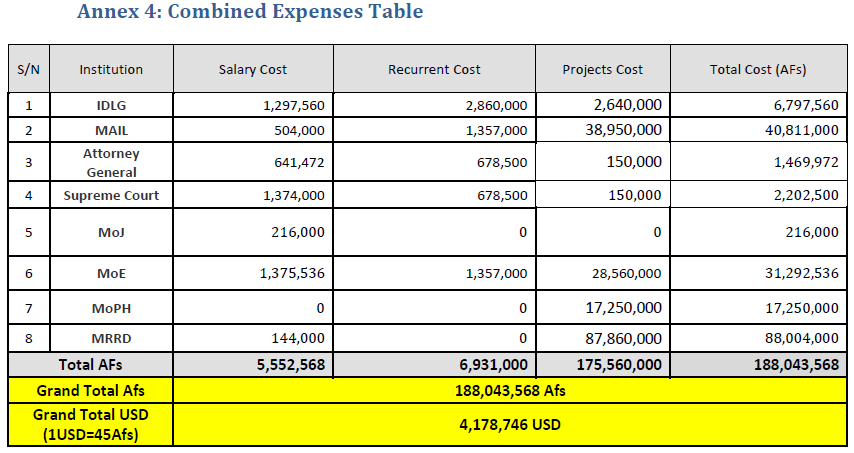