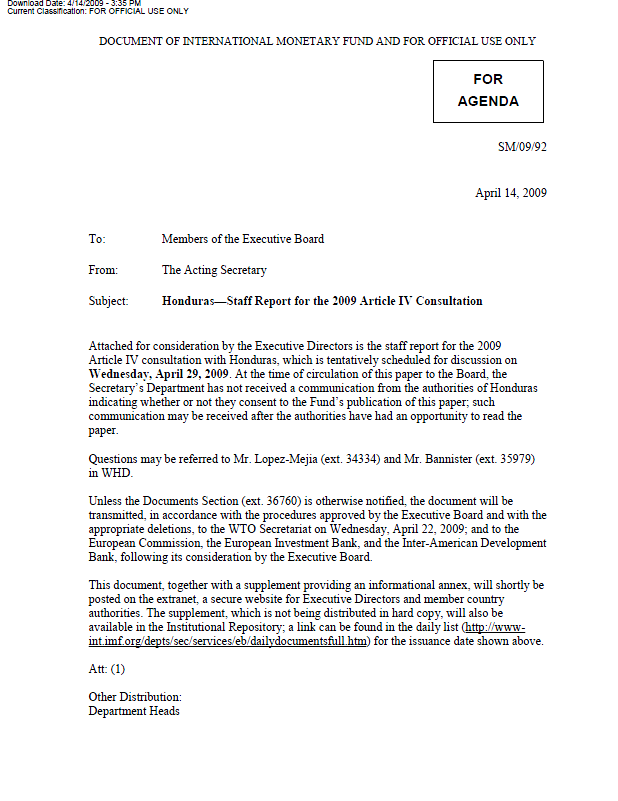 • Background. Performance since the last Article IV consultation has been mixed. Output growth has been above trend and the fiscal deficit has been low following debt relief. However, inflation has increased, the external position has weakened, and financial sector vulnerabilities are higher.

• Outlook. A large external current account deficit, combined with a sharp decline in net capital
inflows (due to global and domestic factors) could result in a balance of payments deficit of close to
US$300 million in 2009 (11 percent of gross reserves at end-2008). On current policies, reserves
could reach critically low levels by 2010–11. The growth slowdown also poses a threat to the
financial system.

• Political context and authorities’ views. Presidential elections are scheduled for November 2009
and re-election is not allowed. The authorities’ priority is to support domestic demand to mitigate the
effect of the global shock on economic activity. They see maintaining the fixed exchange rate system
and loose liquidity conditions as key elements of their policy response, including because lower oil
prices have eased the need for rapid policy correction to protect the balance of payments.

• Staff recommendations. With significant downside risks to the outlook, the policy priority should be
to reduce the risks of a disorderly adjustment in the balance of payments in order to preserve
macroeconomic stability and sustain growth over the medium term. The mission recommended:

1. In early 2008 the Fund approved a 12-month Stand-By Arrangement with
Honduras aimed at correcting the macroeconomic imbalances identified as risks during
the 2006 Article IV consultation.1 One year ago, the economy was growing above trend,
inflation was creeping up, the external current account deficit had exceeded 10 percent of
GDP, and foreign reserves were falling (Figure 1). The SBA was to provide a bridge to an
arrangement under the Poverty Reduction and Growth Facility (PRGF) that would help
Honduras to address its structural challenges. Among these, weak institutions and
governance were seen as critical, including because of their role in the interruption of a
previous PRGF arrangement in 2006 (when substantial concessions were granted on wages
for teachers and other public sector workers).

2. The main objective of the 2008 SBA was to maintain macroeconomic stability and
strengthen the foundations for sustained growth. To this end, economic policies aimed at
reorienting the fiscal stance towards priority spending, containing inflation, strengthening
the balance of payments, and addressing weaknesses in the energy sector. In the event,
external conditions (especially prices of food and oil imports) were more adverse than
envisaged and policies were not in line with those agreed under the SBA (Box 1). Despite a
rapid weakening of the balance of payments position, monetary policy remained
expansionary and the exchange rate was kept fixed (Figures 2 and 3). Fiscal performance
was mixed. The deficit target in the program (1½ percent of GDP) was missed by a small
margin (0.2 percent of GDP) as overruns in current expenditure and net lending by pension
funds (mostly to teachers) were partly offset by lower capital expenditure. While the
finances of the electricity company were strengthened, current spending (mainly untargeted
subsidies) increased as the government tried to mitigate the impact of higher oil prices on
personal income (Figure 4).
… 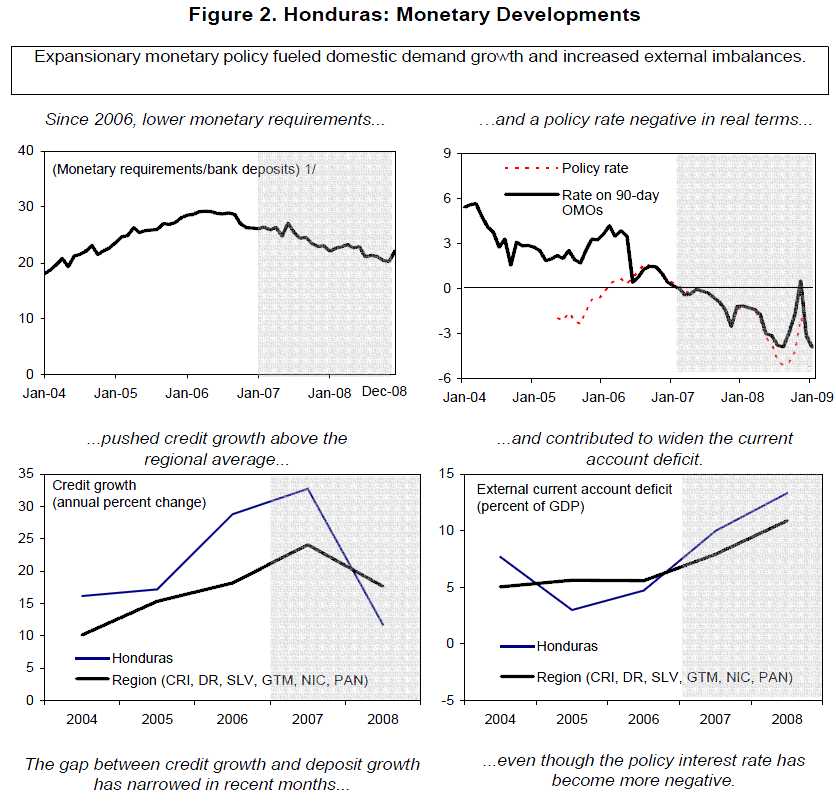 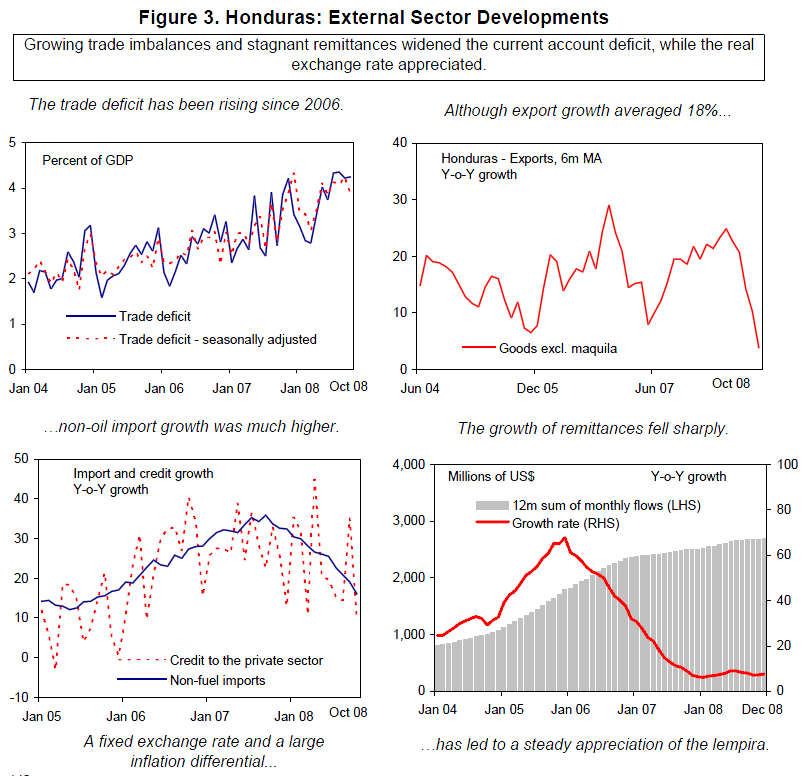 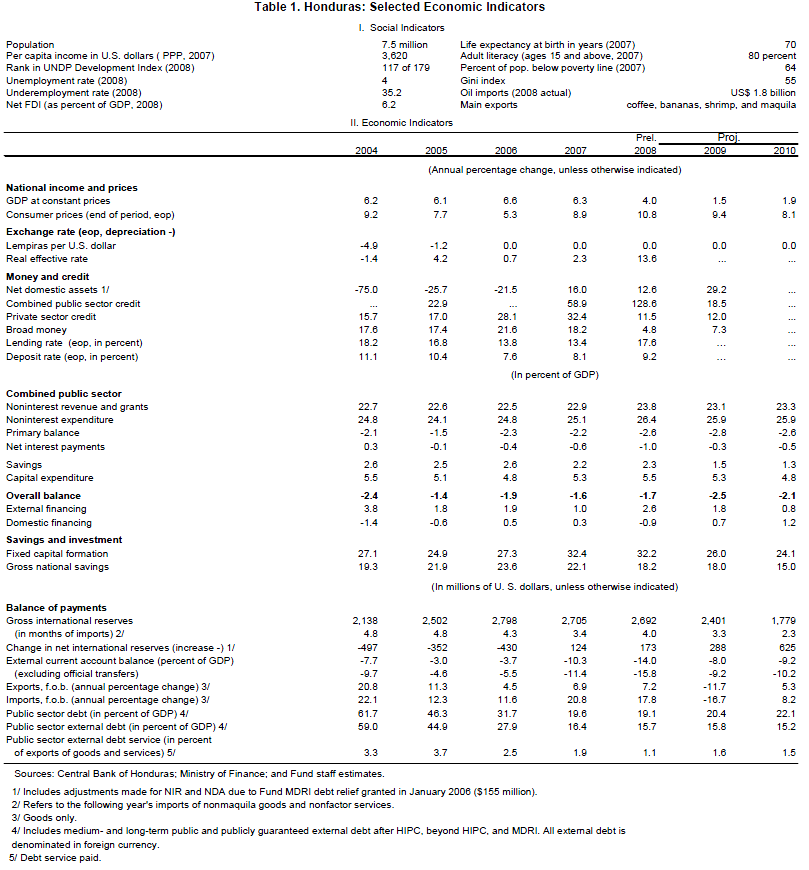