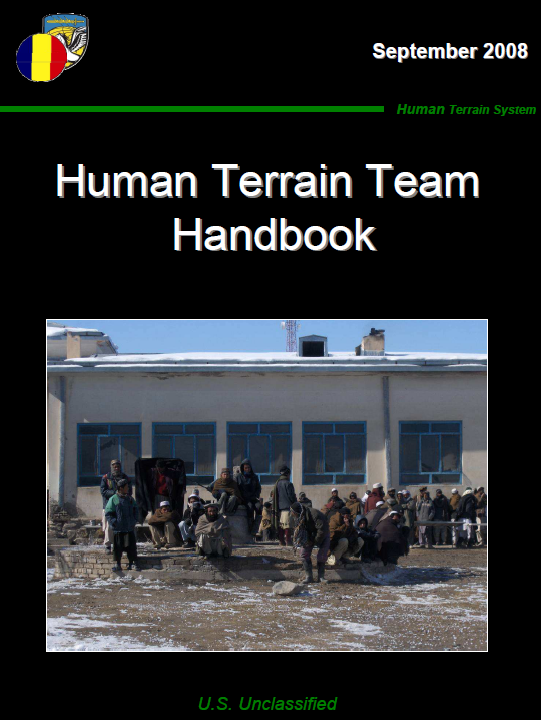 Human Terrain Teams (HTTs) are five- to nine-person teams deployed by the Human Terrain System (HTS) to support field commanders by filling their cultural knowledge gap in the current operating environment and providing cultural interpretations of events occurring within their area of operations. The team is composed of individuals with social science and operational backgrounds that are deployed with tactical and operational military units to assist in bringing knowledge about the local  population into a coherent analytic framework and build relationships with the local power-brokers in order to provide advice and opportunities to Commanders and staffs in the field.

HTTs are regionally-focused, modular special staff that brings
capabilities that exist outside of organic Battalion, BCT, and Division
structure. They deploy as trained and organized teams, attached to
USMC Regimental Combat Teams, Army Brigade Combat Teams,
and Division, Corps, and Combined Joint Task Force, level HQs.
Each team is recruited and trained for a specific region, then
deployed and embedded with their supported unit. The HTTs are
comprised of a mix of Soldiers and Department of the Army
Contractors that provide a mix of senior military specialists and
academicians with strong social sciences credentials. An HTT
integrates into the unit staff, conducts unclassified open-source and
field research, and provides operationally-relevant human terrain
information in support of the planning, preparation, execution and
assessment of operations.

A fundamental condition of irregular warfare and counter-insurgency
operations is that the Commander and staff can no longer limit their
focus to the traditional Mission, Enemy, Terrain and weather,
friendly Troops and support available, and Time. The local
population in the area of conflict must be considered as a distinct and
critical aspect of the Commander’s assessment of the situation.

The nature of the unit’s involvement, role, and objectives will also
color the HTA’s conclusions and recommendations. The HTA’s
interpretation will vary according to the unit’s role, whether that be
counterinsurgency, nation building, occupation, peace keeping,
kinetic operations, or a combination of these roles. As the American
military’s focus and training continue to revolve around kinetic
operations, it is likely there are still units deploying that have no
aspirations of filling a non-kinetic role; and most units don’t
understand the principles of their role (specifically with regard to
counterinsurgency) even if they did want to conduct it. The more
educated the HTA is in these non-kinetic roles, the more he/she will
be able to provide useful analysis and recommendations.

Human Terrain comprises the entire spectrum of society and culture.
This should be the focus of the HTA’s interpretation. In non-kinetic
roles, the population is the primary battlefield, and the HTA will have
considerable knowledge of this aspect. The HTA will need to
determine how to win the support of the local population, how a
certain COA will mitigate distrust between the local population, and
will use their extensive familiarity with all aspects of the local society
and culture to make those determinations. 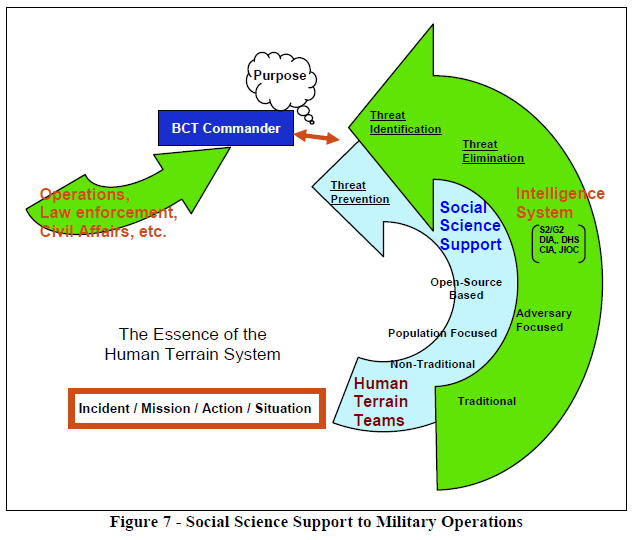