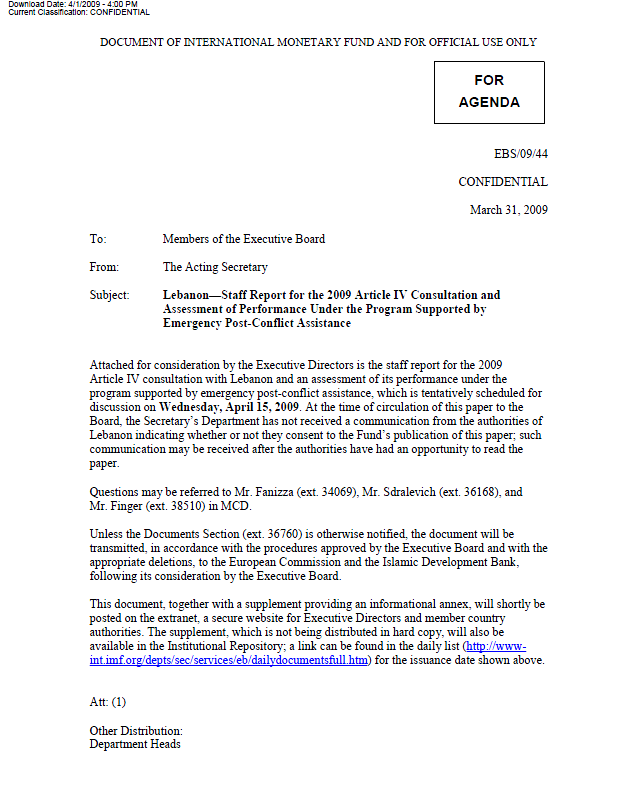 Impact of the crisis

Despite its large vulnerabilities, Lebanon has so far weathered the global financial crisis and succeeded in maintaining financial stability, raising international reserves, and reducing public debt in 2008. The economy achieved record growth, and Eurobond spreads are now lower than the emerging market average. Fund engagement in Lebanon through the EPCA (which was broadly on track at end-December) has contributed to this performance. Lower global liquidity and the world economic downturn, particularly in the Gulf, will likely affect Lebanon in 2009, with lower growth and deposit inflows.

Lebanon’s economy and financial system face three key risks: a larger-than-expected impact
of the global recession and slowdown in the Gulf; more difficult-than-anticipated
government financing; and political and security shocks, particularly in coincidence with the
June elections. To address these risks, the authorities intend to:

• Maintain the debt-to-GDP ratio constant to protect fiscal achievements and
allowing the 2009 financing needs to be met from the market, while addressing the
potential social needs arising from the effects of the global recession;

• Step up their vigilance over the banking sector, as banks could be hit by a
stronger-than-expected fall in deposit growth or a worsening in loan quality.

The Paris III agenda will remain the anchor for medium-term plans focusing on continued
fiscal consolidation mainly through revenue measures, such as an increase in VAT rate, and
the reduction in the large losses at Electricité du Liban (EdL). In addition, the telecom
privatization would boost private sector activity and further reduce the debt.
Staff appraisal

• Staff agrees with the authorities’ view of the risks in 2009, particularly in light of
their possible combined effect, which warrant the preparation of contingency plans;

• Monetary and exchange rate policy is broadly appropriate, but, given the downside
risks, staff recommended a tighter fiscal stance in 2009 to keep unchanged financing
requirements and ensure continued debt reduction;

• Restarting the medium-term Paris III agenda should be priority after the elections. 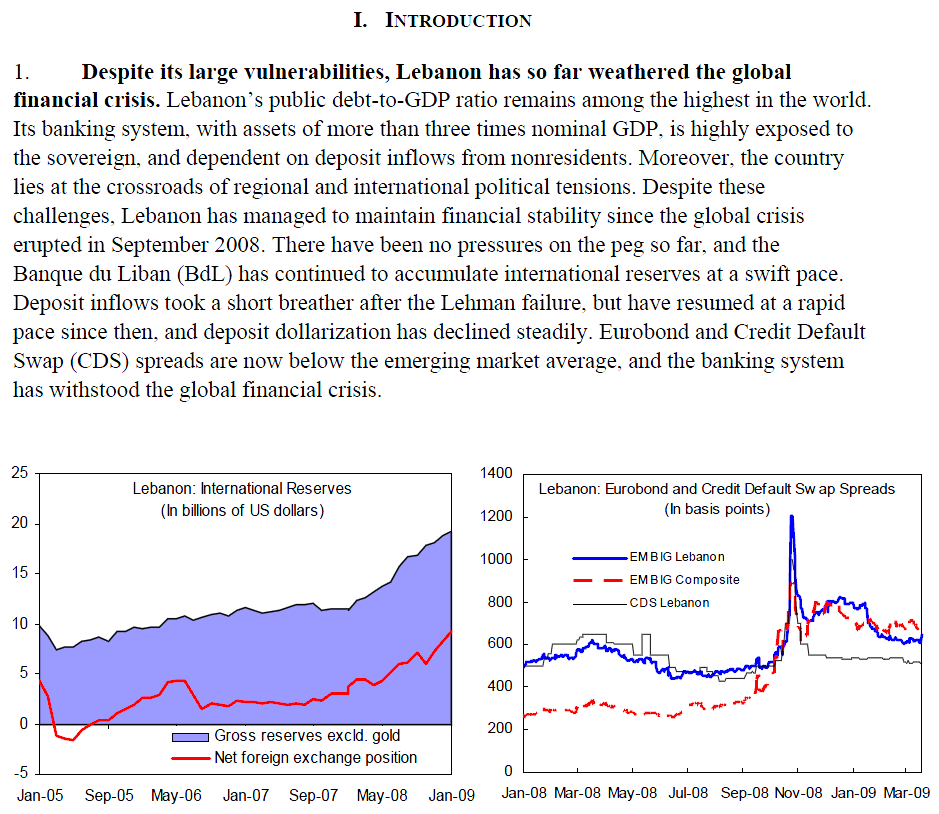 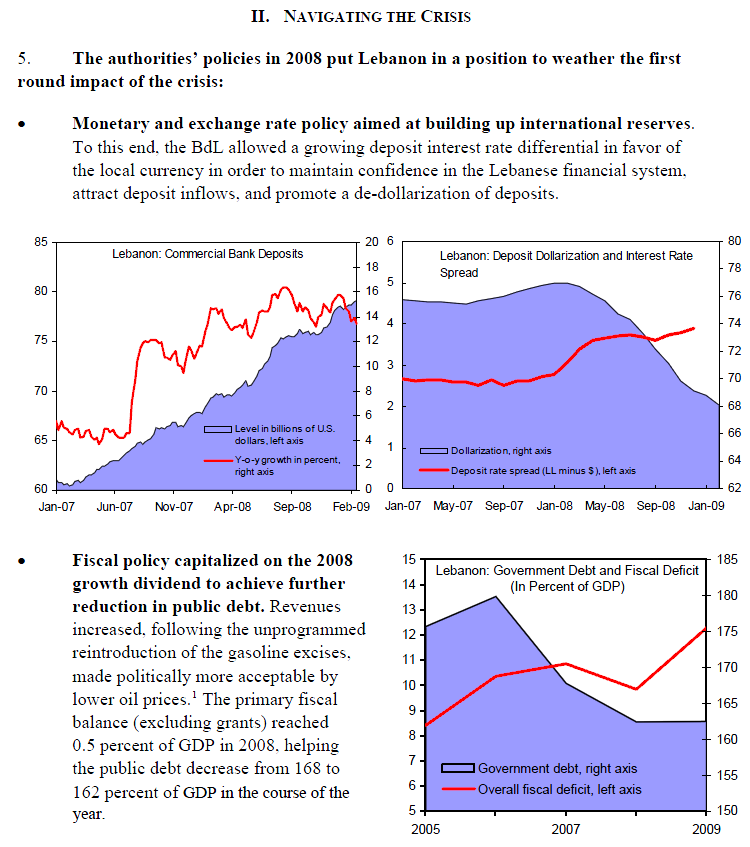