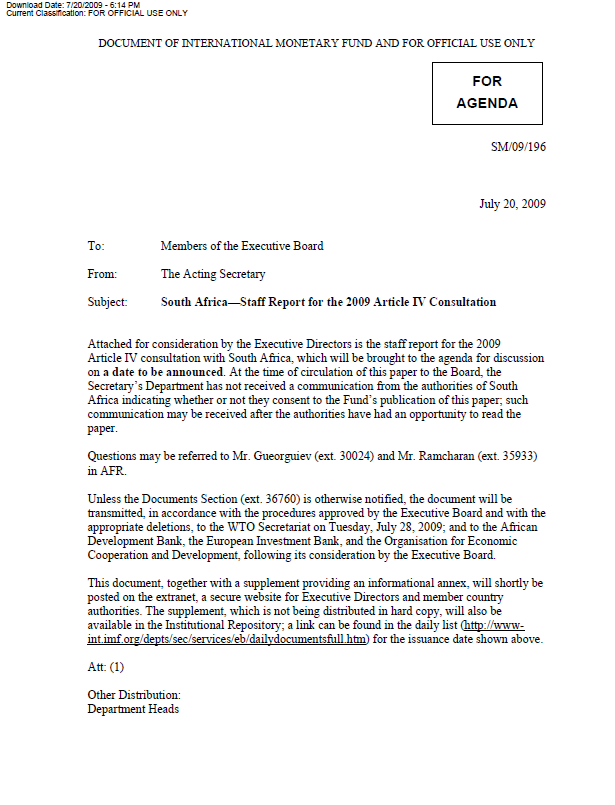 Background: The global financial crisis has sharply altered the outlook for an already slowing economy. Large capital outflows lowered stock prices and depreciated the rand in late 2008. A sharp decline in external demand and a slump in commodity prices have pushed the economy into a recession. Inflows have returned and the rand has appreciated recently, but inflation risks have increased and the current account deficit is projected to widen again. The risks to the outlook are mainly on the downside. The banking system has remained liquid and well-capitalized, but impaired loans are rising as the economy weakens. Policies have been countercyclical, with a large investment-centered fiscal stimulus in FY 2008/9 followed by further easing in FY2009/10, and substantial monetary easing in the first half of 2009. Medium-term budget plans envisage a moderation in spending growth over the medium term.

Challenges: In the near term, the key challenge for macroeconomic policies is to strike the right balance between supporting domestic demand and maintaining price and external stability. A strong push for structural reforms to address the long standing barriers to growth and employment is urgently needed, also to insulate macroeconomic policies from recession-induced pressures.

Staff views: The expansionary fiscal stance is appropriate given the weak economic outlook, and strikes the right balance between supporting demand and preserving medium-term sustainability. If output turns out weaker than staff projects, the automatic stabilizers should be allowed to operate in FY2009/10 and FY2010/11, but spending growth would need to be moderated further when the economy recovers, in order to stabilize medium-term public debt at a prudent level. There are risks to the medium-term fiscal position, particularly if complementary reforms to improve public service delivery and enhance efficiency in infrastructure provision are delayed. The monetary policy stance has been appropriate. The scope for easing may have been exhausted if inflation is to be brought within the target range by end-2010, as the authorities intend.

Authorities’ views: The authorities broadly shared the staff’s assessment. They acknowledged the risks to their medium-term fiscal position, but emphasized that they intend to run a disciplined and pragmatic fiscal policy, including to take action well before net government and government guaranteed debt reaches their debt limit of 50 percent of GDP. They are also focusing on improving public service delivery. The South African Reserve Bank (SARB) noted inflation risks and indicated its intention to use monetary policy as needed to anchor inflation expectations and bring inflation within its target band. Supervisors intend to continue to ensure that banks’ provisioning and capital buffers remain adequate to meet increasing risks, while strengthening the regulatory framework. 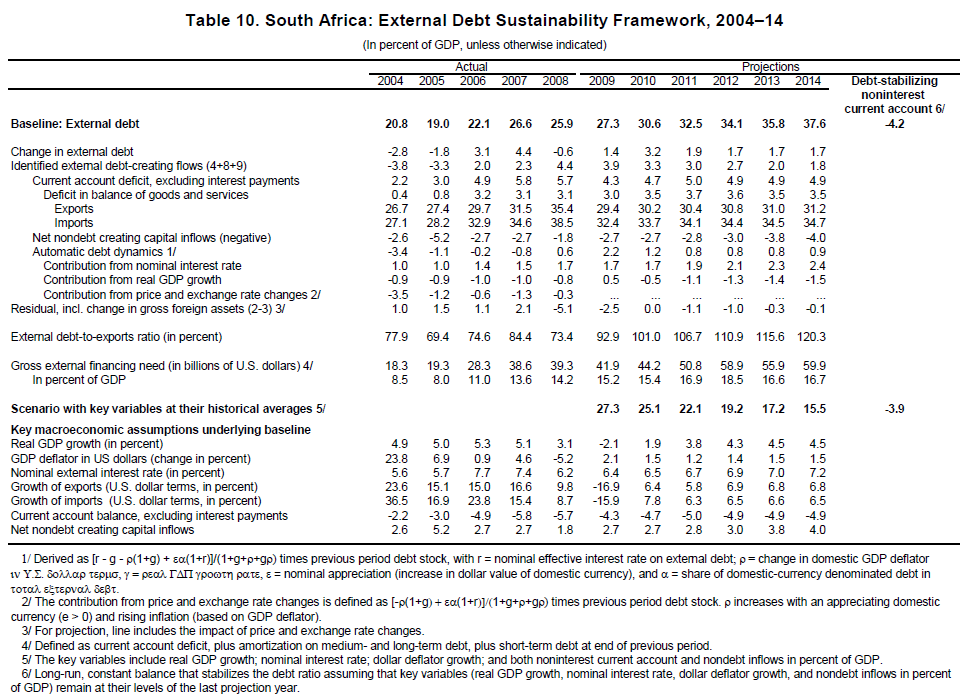 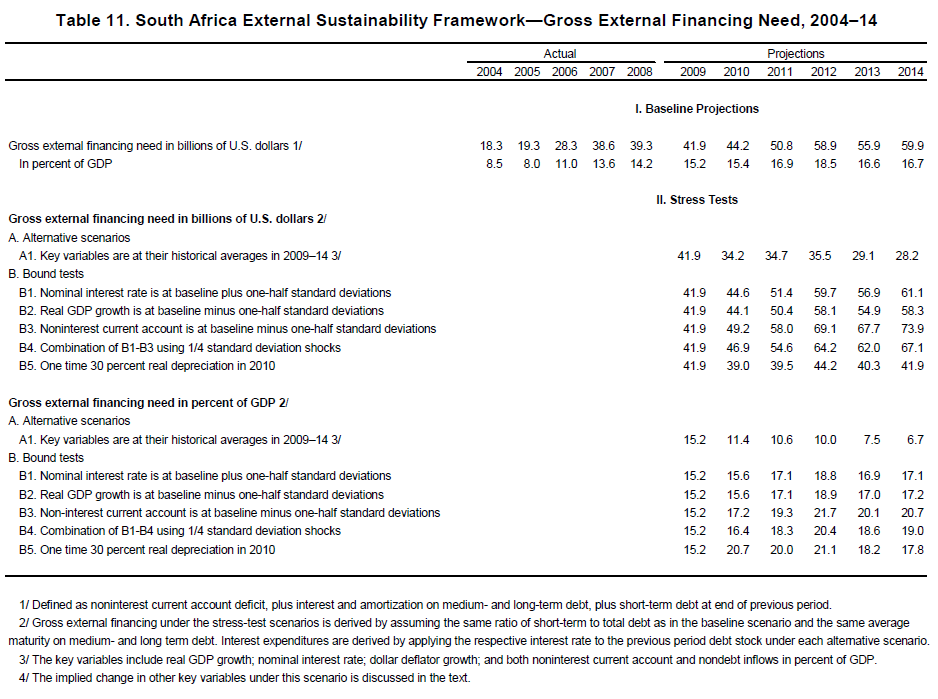