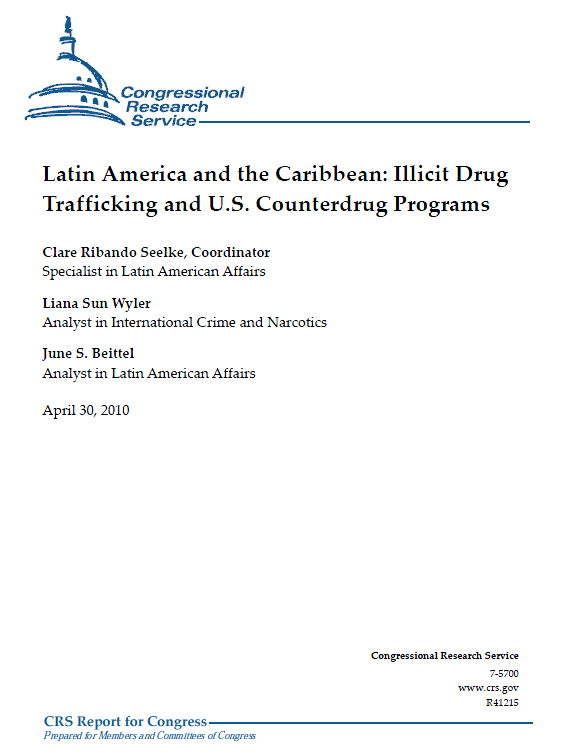 Drug trafficking is viewed as a primary threat to citizen security and U.S. interests in Latin America and the Caribbean despite decades of anti-drug efforts by the United States and partner governments. The production and trafficking of popular illicit drugs—cocaine, marijuana, opiates, and methamphetamine—generates a multi-billion dollar black market in which Latin American criminal and terrorist organizations thrive. These groups challenge state authority in source and transit countries where governments are often fragile and easily corrupted. Mexican drug trafficking organizations (DTOs) largely control the U.S. illicit drug market and have been identified by the U.S. Department of Justice as the “greatest organized crime threat to the United States.” Drug trafficking-related crime and violence in the region has escalated in recent years, raising the drug issue to the forefront of U.S. foreign policy concerns.

Since the mid-1970s, the U.S. government has invested billions of dollars in anti-drug assistance
programs aimed at reducing the flow of Latin American-sourced illicit drugs to the United States.
Most of these programs have emphasized supply reduction tools, particularly drug crop
eradication and interdiction of illicit narcotics, and have been designed on a bilateral or subregional
level. Many would argue that the results of U.S.-led drug control efforts have been
mixed. Temporary successes in one country or sub-region have often led traffickers to alter their
cultivation patterns, production techniques, and trafficking routes and methods in order to avoid
detection. As a result of this so-called “balloon effect,” efforts have done little to reduce the
overall availability of illicit drugs in the United States. In addition, some observers assert that
certain mainstays of U.S.-funded counterdrug programs, particularly aerial spraying to eradicate
drug crops, have had unintended social and economic consequences.

The Obama Administration has continued U.S. support for Plan Colombia and the Mérida
Initiative, but is gradually broadening the focus of those aid packages to address the societal and
institutional effects of the drug trade and related criminality and violence, rather than mainly
funding supply control efforts. Newer programs like the Caribbean Basin Security Initiative
(CBSI) include more of an emphasis on rule of law, anti-corruption, and community and youth
development programs. In order to complement these international efforts, President Obama and
his top advisers have acknowledged the role that U.S. drug demand has played in fueling the drug
trade in the region and requested increased funding for prevention and treatment programs.
The 111th Congress has influenced U.S. drug control policy in Latin America by appropriating
certain types and levels of funding for counterdrug assistance programs in P.L. 111-8, P.L. 111-32,
and P.L. 111-117. Congress has also conditioned the provision of antidrug funding on the basis of
human rights and other reporting requirements. It has sought to ensure that counterdrug programs
are implemented in tandem with judicial reform, anti-corruption, and human rights programs.
Several bills address counternarcotics issues in the region, including House-passed H.R. 2410
(Berman), House-passed H.R. 2134 (Engel) and S. 3172 (Menendez). Congress has been active in
evaluating drug assistance programs through multiple oversight hearings. 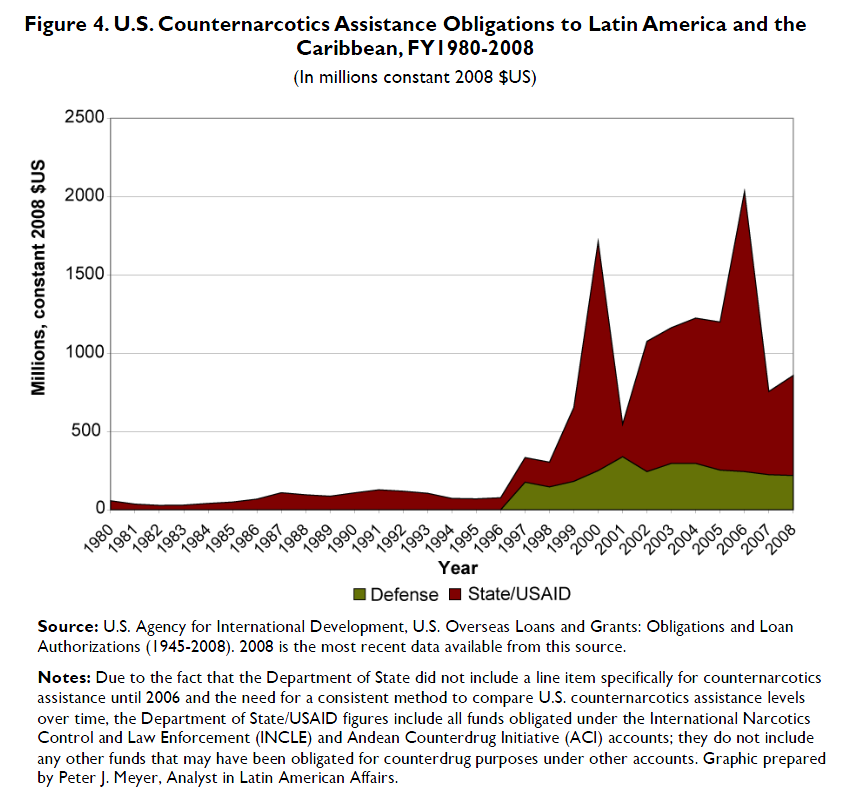