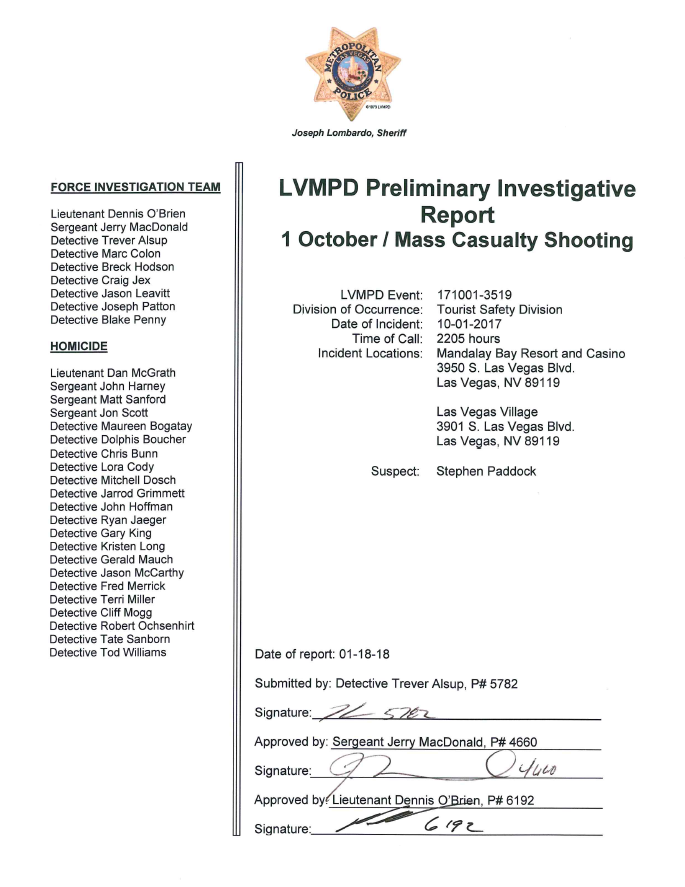 On October 1, 2017, over 22,000 people came together to enjoy a country music festival in Las Vegas, Nevada. On the third and final night of the festival, a lone gunman opened fire into the crowd from the 32nd floor of the Mandalay Bay Resort and Casino. The gunfire continued for over ten minutes, resulting in the deaths of 58 innocent concert goers and injuring more than 700. With law enforcement closing in, the suspect took his own life.

It is not standard practice for the Las Vegas Metropolitan Police Department (LVMPD) to issue an investigative overview related to an open case. Due to the magnitude of this investigative response and the number of victims associated with this incident, Sheriff Joseph Lombardo felt it was important to author an overview of all investigative work accomplished in the aftermath of 1 October. This report is not intended to be a comprehensive and final account of the facts and evidence gathered but rather an overview of the investigation. The investigation into this incident is on-going and a full comprehensive report will be released upon its completion.

This report will reflect the number and identities of victims known to the Las Vegas Metropolitan Police Department to date. This information is vital in order to grant assistance, properly categorize the level of crime and most importantly, honor those who fell prey to this horrific act of violence.

The Las Vegas Metropolitan Police Department would like to recognize and thank all our local, state and federal law enforcement partners for their assistance with this investigation.

Engineer Stephen Schuck finished fixing a leak in room 62-207 when he was directed to respond to the 32nd floor reference the bracket preventing the stairwell door from opening. Engineer Schuck used the service elevator in the 200 wing to access the 32nd floor. When he arrived on the 32nd floor, he gathered his tools and equipment and walked from the 200 wing to the 100 wing.

Inside the Las Vegas Village over fifty LVMPD personnel were on overtime assignments for the Route 91 Harvest Festival. The initial gunshots were heard on an officer’s Body Worn Camera (BWC). Officers and concertgoers initially believed the gunfire to be fireworks. As Paddock targeted the concertgoers with gunfire, officers quickly determined they were dealing with an active shooter and broadcast the information over the radio.

The crowd inside the Las Vegas Village started reacting to the gunfire and Jason Aldean ran off the stage. Officers and concertgoers began treating victims who were struck by gunfire. They also tried to get concertgoers out of the venue in a safe manner. Officers determined the gunfire was coming from an elevated position, possibly from the Mandalay Bay Hotel. Medical personnel were requested for multiple people struck by gunfire.

LVMPD officers converged on the Las Vegas Village and Mandalay Bay. Officers formed multiple Strike Teams and entered the Mandalay Bay from various entrance points. A team of  officers including a Special Weapons and Tactics (SWAT) Operator reached the 32nd floor via the stairwell in the 100 wing. Officers did not hear gunfire coming from room 32-135. Officers were able to manually breach the “L” bracket on the stairwell door and gain access to the hallway. Officers immediately observed a food service cart which had wires running from it to room 32-134 and prepared themselves for the possibility of an Improvised Explosive Device (IED). The decision was made to use an explosive breach to make entry into room 32-135.

After a successful breach of the doors to room 32-135, officers entered the room and found Paddock deceased on the floor. Paddock appeared to have a self-inflicted gunshot wound to the head. Officers cleared the remainder of the room and observed multiple rifles in various locations throughout the room as well as hundreds of expended casings. A second explosive breach was utilized to gain access to room 32-134 through the connecting doors. Immediately after the breach a SWAT officer negligently discharged his rifle. Officers cleared room 32-134 finding several rifles in the room.

Officers, medical personnel, and concertgoers continued the evacuation of victims in the Las Vegas Village venue. Several triage sites were established in the venue and surrounding area. Injuries ranged from being minor in nature to fatal. Hundreds of wounded were transported to area hospitals by ambulance and privately owned citizen vehicles. 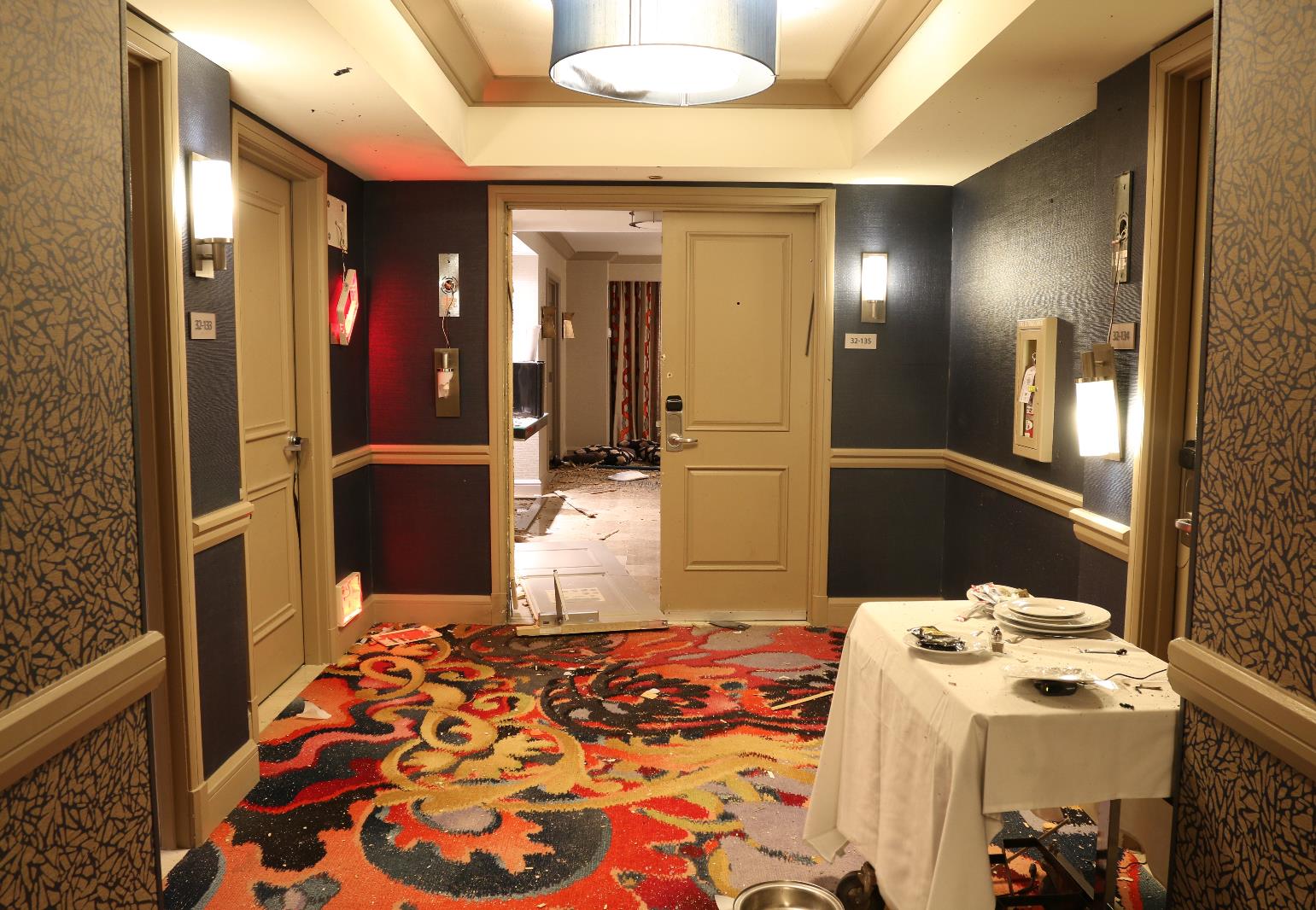 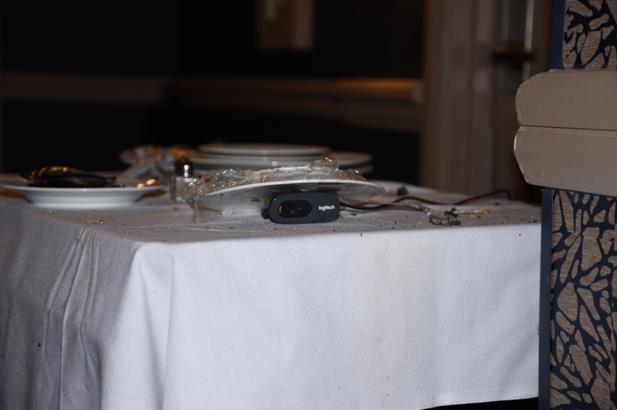 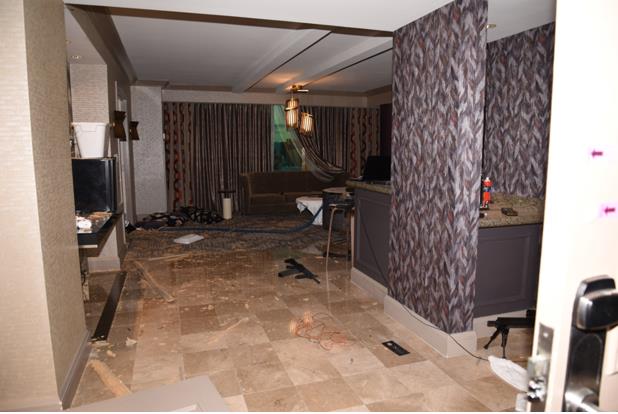 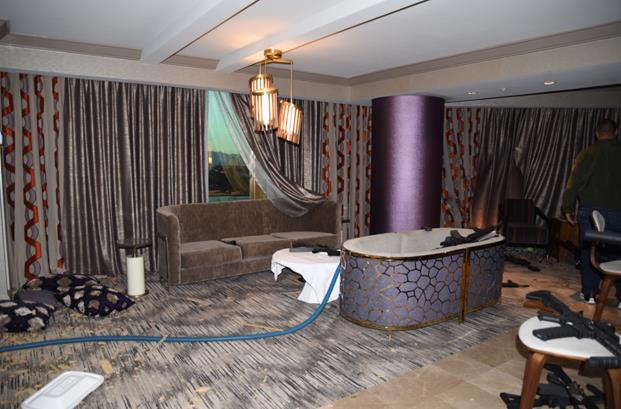 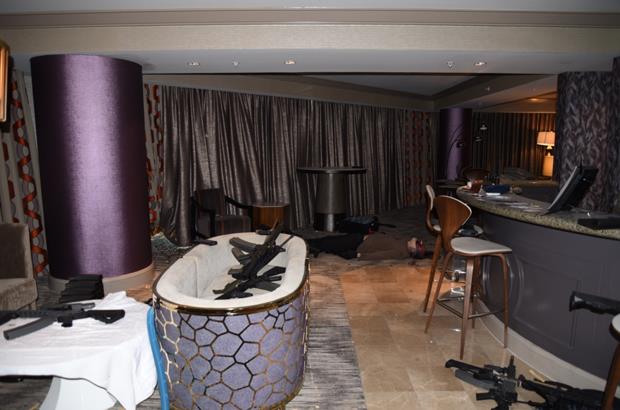 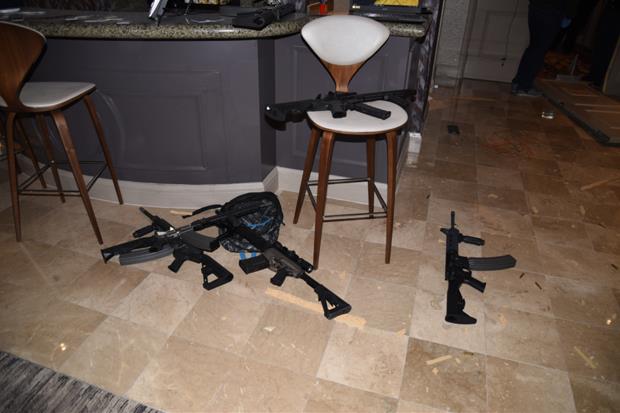 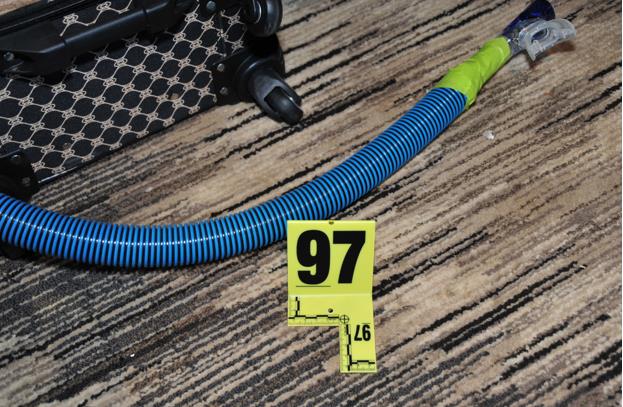 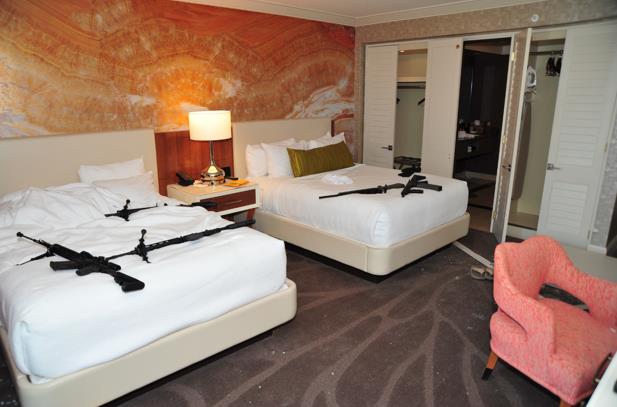 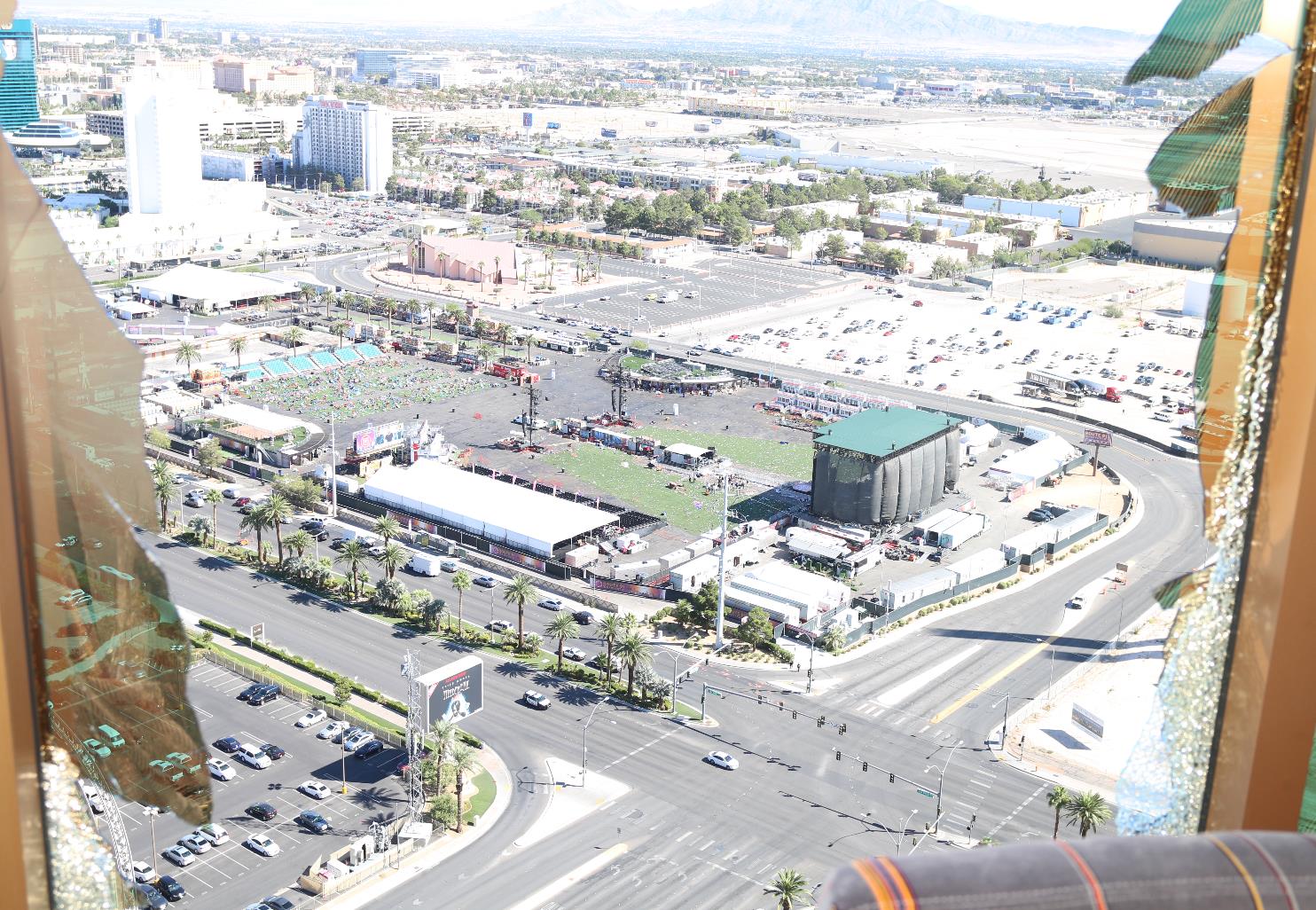