The following document was obtained from the website of the Afghanistan Ministry of Defense Advisors training program. 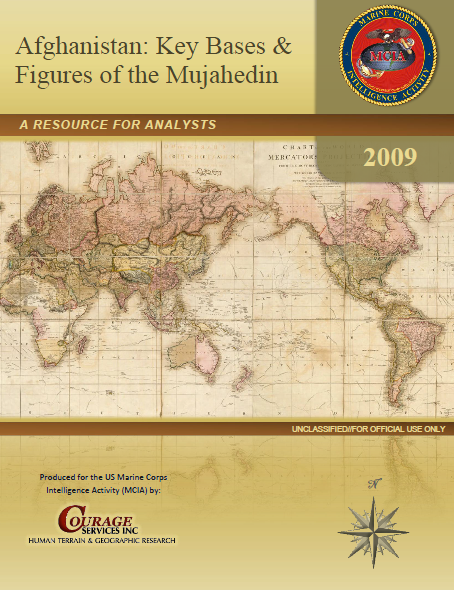 Afghanistan’s Pashtun rural population has been the source of manpower, funds, shelter, support, and intelligence for the repeated insurgencies that have plagued that unfortunate county since their monarch, Zahir Shah, was overthrown in 1973. In the general unrest that followed, insurgents opposed Mohammad Daoud’s army until he was overthrown by the communists who served in succession – Taraki, Amin, Karmal, and Najibullah. The communist leadership figures, in turn, were deposed by the anti-communist “Seven Party Alliance” that was soon battling among itself for control of Kabul until the Taliban Movement emerged. The Taliban was also faced with resisting insurgent forces, primarily from the non-Pashtun ethnic groups inhabiting Afghanistan’s northern provinces. Afghanistan’s rural insurgents are generally poorly educated, if literate at all, and succeeding generations of insurgents rely upon story-telling from earlier generations of fighters to gain knowledge of tactics that are applicable to their particular culture and terrain. There are no military schools available to them where leadership training can be taught and absorbed, and as a result the lessons learned from far away battlefields are seldom applied in Afghanistan. They commonly use the same tactics, terrain, and base areas that were used successfully by their fathers and grandfathers. Their general tendency to utilize memorization – as they did while studying Islam in madrassas – reinforces their tendency toward repetition.

Consequently, a careful study of the history of insurgent operations in specific regions of Afghanistan may be especially valuable. Base areas, infiltration routes, river fords, hide sites, and ambush locations used successfully against the Soviet Union’s forces and their communist allies may be used by later insurgent generations who learned of these locations’ significance from storytelling by their mujahedin fathers.

Many of Helmand Province’s mujahedin who fought the Soviets are now affiliated with the current insurgents. They have the tendency to use base areas, infiltration routes, safe areas, and even the same ambush sites that were utilized in the past. In the case of the multiple bases they developed in Lor Koh, they are strategically positioned near Bakwa and Golestan districts, the key roads in the area, and the mountain canyons may now be used as base areas by the Taliban forces. The same is highly probable of a base called Islam Dara, situated in the Khakrez District in northern Kandahar Province. Together these two historical mujahedin bases form a historical operational precedent for Afghanistan’s insurgents in the south that cuts across the volatile region of Helmand Province.

Key leaders involved in the anti-Soviet jihad, or their sons and other family members, are probably still living in the region. Individuals currently involved with the Taliban are likely to be utilizing their same base areas, and those former mujahedin leaders now allied with the Government of Afghanistan probably know the locations used by their former colleagues.

Lor Koh in Farah Province A Key Mujahedin Base Area

Lor Koh is a large mountain located approximately 30 kilometers southeast of Farah city at 32° 31′ 29” N/062° 41′ 22” E2 [see map and satellite image on pages 5 and 6]. It was renamed Sharafat Koh, or Honor Mountain, by the mujahedin once they established bases in the mountain’s canyons. The mountain is roughly shaped with a plateau top rising approximately 1,500 meters above the desert floor. Lor Koh has steep slopes and its top is often covered with snow. There are many large and small canyons (kals) cutting into the mountain. Sheikh Razi Baba Canyon penetrates into the mountain’s north side. Kale-e Amani Canyon is located on the mountain’s northwestern side and is adjacent to Sheikh Razi Baba. On the west is Kale-e Kaneske Canyon, and continuing counterclockwise around the mountain, there is Jar-e Ab Canyon on the southwest end of the mountain that connects with the Kale-e Kaneske Canyon. The Tangira Canyon is found in the south and is the widest of the mountain’s canyons. It has the most water but the mujahedin avoided it because it was the only valley wide enough to allow the entry of armored vehicles. To the east and also opening south is the Khwaja Morad Canyon where the Khwaja Morad Shrine is located. All of the canyons are accessible from the mountain’s plateau. Lor Koh is about 12 kilometers from Highway 1 and 20 kilometers from Highway 517.

The mujahedin attacked convoys near Karvangah, Charah, and Shivan and the Soviets maintained posts at Karvangah, Charah, and Velamekh to protect the convoys. The mujahedin established their first base in Lor Koh in Tangira Canyon in 1979, but the organizing tribal groups, consisting of Achakzai, Noorzai, Barakzai, and Alizai tribes, moved to a new base in Jare-e Ab Canyon until the Soviets attacked them in 1980. Following this attack, the mujahedin moved to Kale-e Kaneske Canyon, the strongest base in the mountain.

The opening into Kale-e Kaneske Canyon is only two to three meters wide and is in solid rock. It is deep and requires 35 to 40 minutes to walk from the entrance to its end and the opening section is shielded from observation from above. It contains a stream, a waterfall, and trees and the canyon widens into a three or four hectare opening at the end of the canyon.

In 1985, tribal disputes over leadership and the disposition of spoils resulted in the mujahedin splitting. New insurgent bases occupied by members from various tribes were established in different valleys: